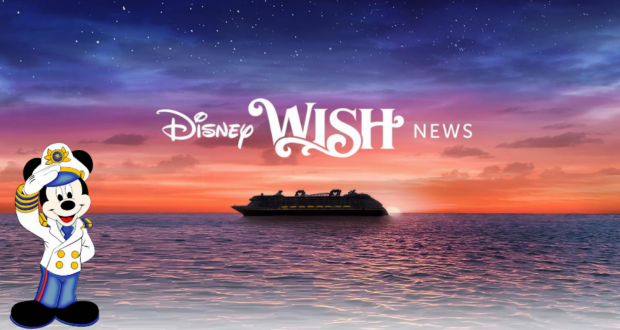 Newest Disney Ship Hits the Water for the First Time

It’s an exciting day for cruise fans everywhere. There has been so much talk and excitement for Disney Cruise Line and their new ship the Disney Wish.

We have gotten concept art and seen little bits and pieces of the construction and it will be amazing. 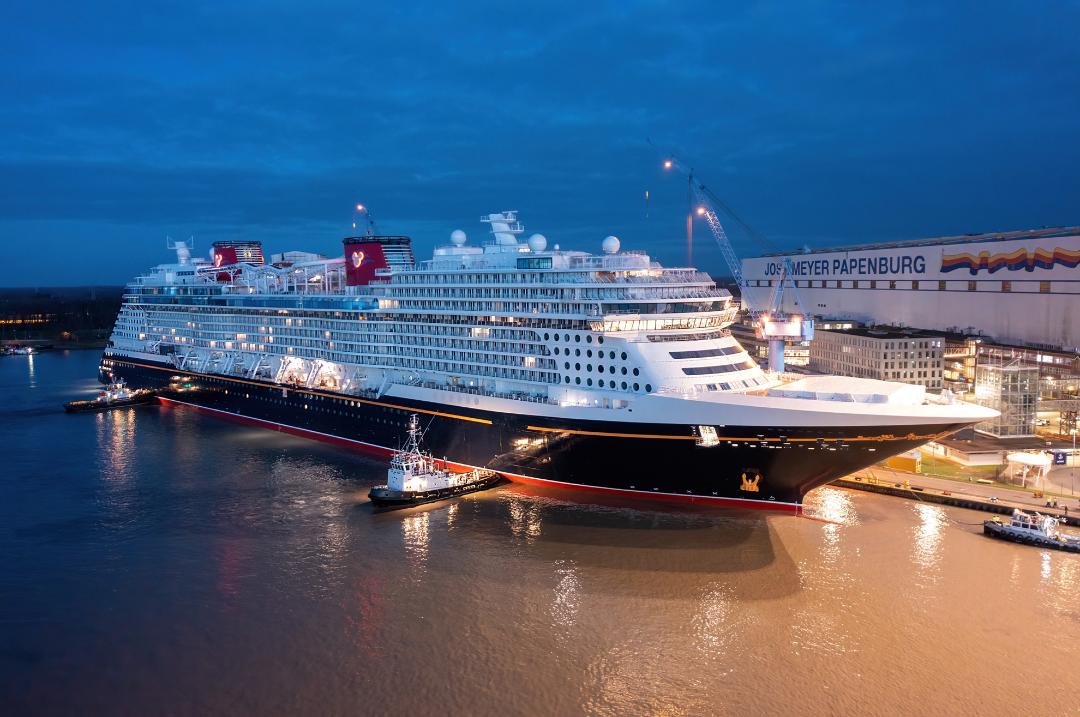 It is getting closer, and the Disney Wish hit the water for the first time yesterday, February, in Papenburg, Germany. This is a huge step for Disney Cruise Line and everyone was excited and full of emotion.

Related: Is it Time to Book the Disney Wish?

This milestone was celebrated in true Disney fashion. There were fireworks, musical fanfare, and even Captain Minnie Mouse joined the celebration. 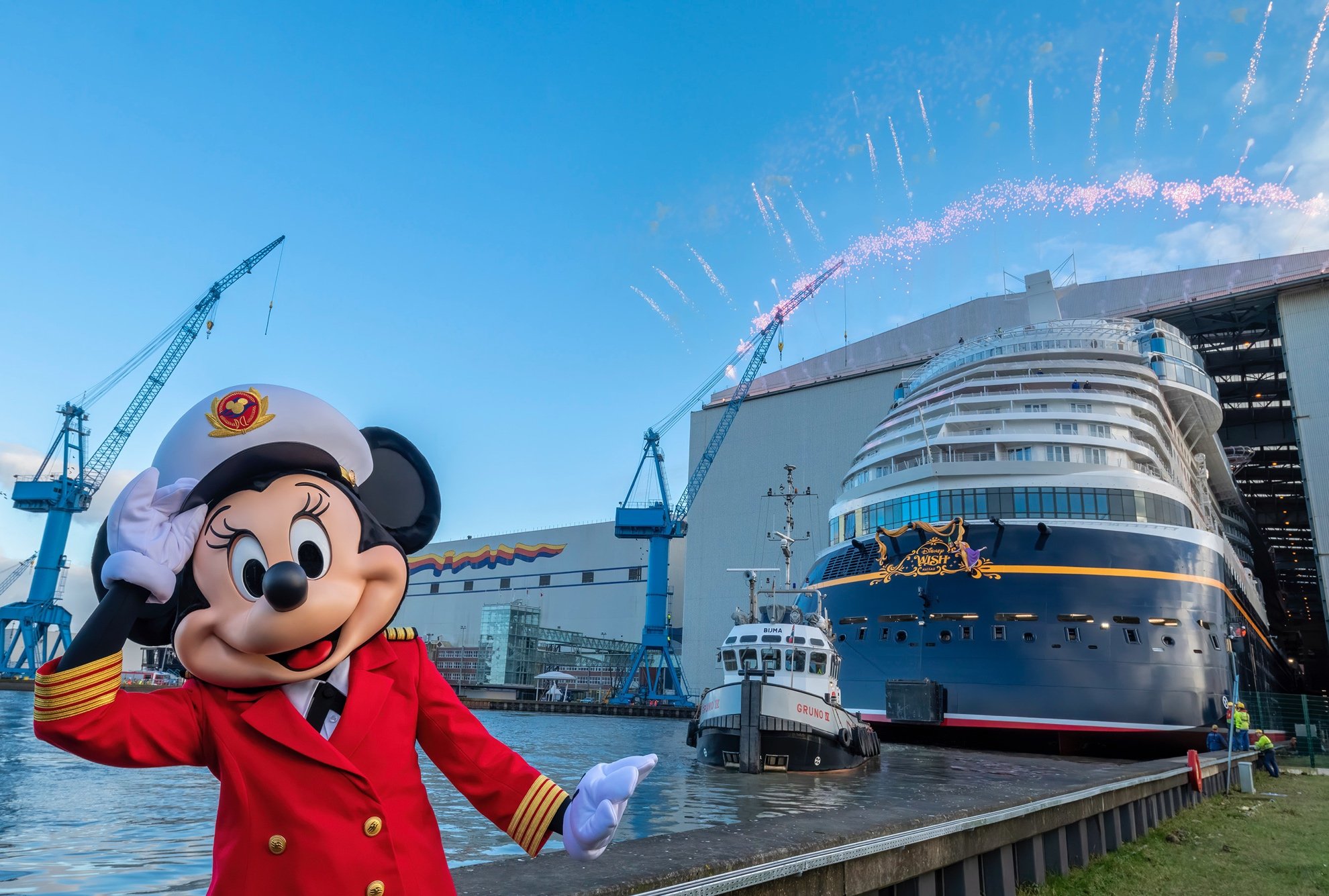 It took about five hours and 29 million gallons of water from the River Elms to flood the building dock, then this ship exited. The ship sailed out with only three feet of clearance on either side. It was tight, but it made it.

Related: A Frozen Dining Adventure Coming to the Disney Wish

Although the maiden voyage and first several sails have been pushed back, the Disney Wish will be setting sail this summer on July 14. There are new experiences, including Disney’s first ever attraction at sea. There is an immersive dining experience theme to Frozen (2013) and a Marvel high-end lounge set to the Star Wars Galaxy.

The Disney Wish is the first of three new Disney Cruise Line ships built at the Meyer Werft Shipyard through 2025. Each is powered by liquefied natural gas, and any guesses on how much it weighs? The answer is 144,000 gross tons. That’s a large ship for Captain Mickey and Minnie to sail. They are pros, though, so they can handle it. 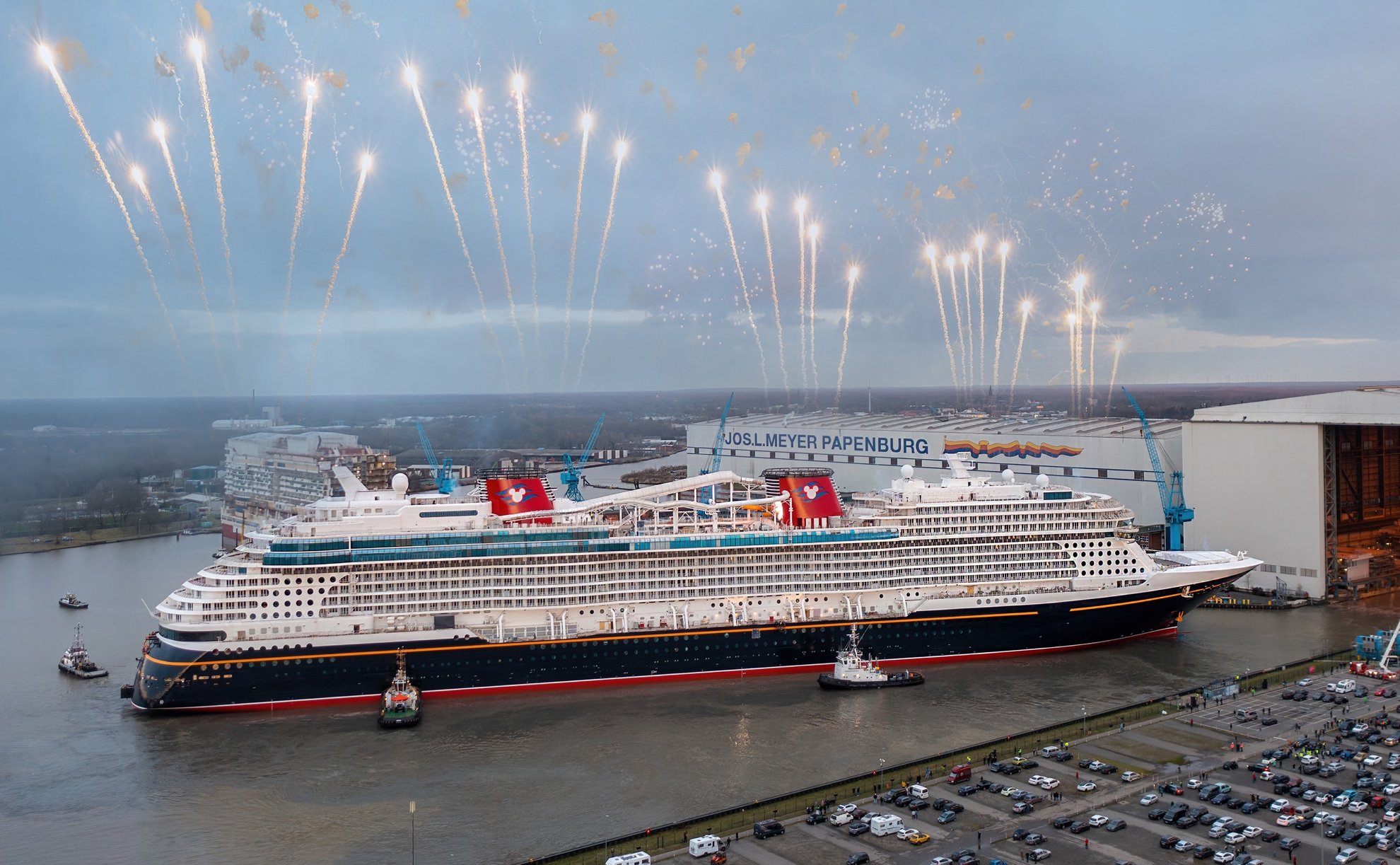 Although the maiden voyage was pushed back, Guests have already booked their vacations and are very excited to set sail on this stunning new ship. It will be such a magical vacation and voyage for all who step onboard.

Related: Marvel Fans Will Want to Board the Disney Wish