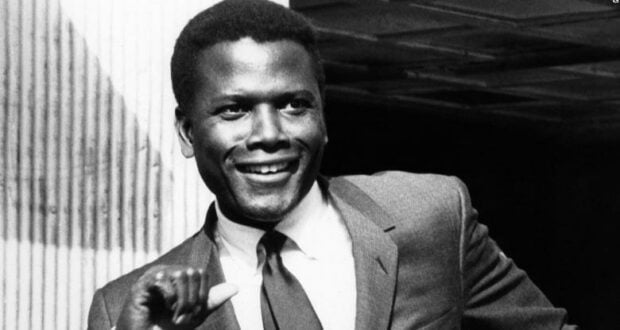 Sidney Poitier Died at the Age of 94

There have been many sad announcements about incredible actors and actresses passing away recently. We are sad to announce that Sydney Poitier has passed away at the age of 94. 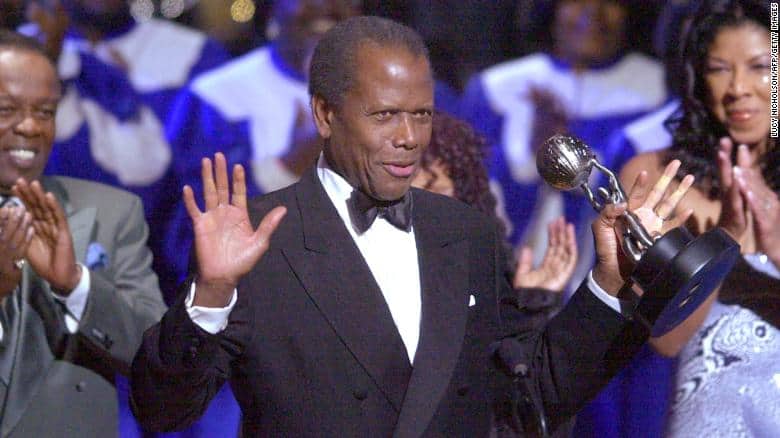 Clint Watson, press secretary for the Prime Minister of the Bahamas, confirmed that he died Thursday evening.

In 1995, Poitier was a recipient of the Kennedy Center Honors. Here is the biography from the site:

For 20 years, beginning in the early ’50s, he was the top and virtually sole African-American film star–the first black actor to become a hero to both black and white audiences. 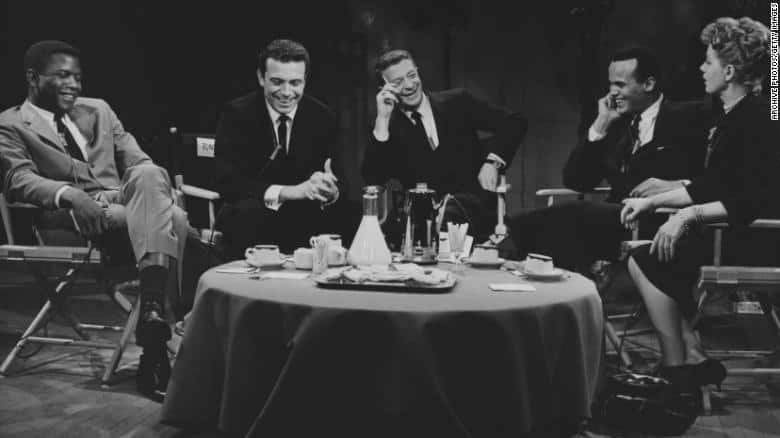 Poitier was also the first black actor to win a prestigious international film award (Venice Film Festival, Something of Value, 1957), the first to be nominated for a Best Actor Academy Award The Defiant Ones, 1958), the first to star as a romantic lead Paris Blues, 1961), the first to win the Oscar Lilies of the Fields, 1963), the first to become the number one box office star in the country (1968), and the first to insist on a film crew that was at least 50 percent African-American The Lost Man, 1969). Poitier also starred in the first mainstream movies to condone interracial marriages and permit a mixed couple to hug and kiss Guess Who’s Coming to Dinner, 1967) and to attack apartheid The Wilby Conspiracy, 1975).

The New York Times’ Vincent Canby once pointed out: “Poitier does not make movies, he makes milestones.” His parents were poor tomato farmers in the Bahamas. He was their seventh and last child. The family’s struggles hammered home a lesson he would always live by: Survival requires everybody to carry a load. In fact, by the age of 13, he was working full-time to support the family. At 16, he arrived in New York City, totally alone, with three dollars in his pocket. In order to escape the cold, he lied about his age and joined the army. It was a short stint that lasted less than a year. Back in New York he got a job as a dishwasher and stumbled into acting.

While looking for a second job to make ends meet, he came across an ad calling for actors. Without any experience or training, and barely able to read, he auditioned for the American Negro Theatre. He was humiliated off the stage, but six months later, better prepared, he auditioned again. His first production, Days of Our Youth, led to nearly 10 more with the company, a national tour of Anna Lucasta in 1944 and, two years later at 22, his first film– No Way Out. Directed by Joseph L. Mankiewicz, it launched the career that, in the words of his good friend Harry Belafonte, “put the Cinema and millions of people in the world in touch with a truth about who we are.

A truth that could have for a longer time eluded us had it not been for him and the choices he made.” In such landmark films as Cry the Beloved Country (1952); Blackboard Jungle (1955); A Raisin in the Sun (1961); which he was instrumental in bringing to the stage and film; The Bedford Incident (1965); A Patch of Blue (1965); The Slender Thread (1965); To Sir, With Love (1967); and In the Heat of the Night (1967), in which he confronts a condescending Southern sheriff with the line heard round the world, “They call me MISTER Tibbs,” Sidney Poitier’s characters are men of control, men who tame volcanic rage with reason and intellect.

Men who know that there are bridges to build, doors to open. At the peak of his career in front of the camera, Poitier decided to direct as well. His first film, Buck and Preacher (1972), starred two good friends from his American Negro Theatre days–Belafonte and Ruby Dee. With Paul Newman, Barbra Streisand, and Steve McQueen, he formed the independent First Artist Production Company. Its first release was A Warm December, directed by Poitier.

Uptown Saturday Night (1974) was the first of several box office comedy hits helmed by Poitier and featuring largely black casts. Let’s Do It Again (1975) and A Piece of the Action, which garnered Poitier an NAACP Image Award, followed. In 1980, he directed the year’s biggest financial success– Stir Crazy–with Gene Wilder and Richard Pryor. In 1991, shortly after ending a decade-long hiatus from acting, Poitier returned to television for the first time in 35 years to portray supreme Court Justice Thurgood Marshall in the my Award-winning miniseries directed by George Stevens, Jr., Separate but Equal.

With his unique career, a career he forged without any precedent or model, Sidney Poitier helped change many stubborn racial attitudes that had persisted in this country for centuries. He has built the bridges and opened the doors for countless artists in succeeding generations. He is an actor who stood for hope, for excellence, and who has given happiness to millions of people around the world.

Paying tribute to Sidney Poitier in 1967, Dr. Martin Luther King, Jr. said, “He is a man of great depth, a man of great social concern, a man who is dedicated to human rights and freedom. Here is a man who, in the words we so often hear now, is a soul brother.” 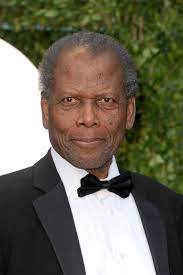 He accomplished so much in his 94 years of life and will be missed.