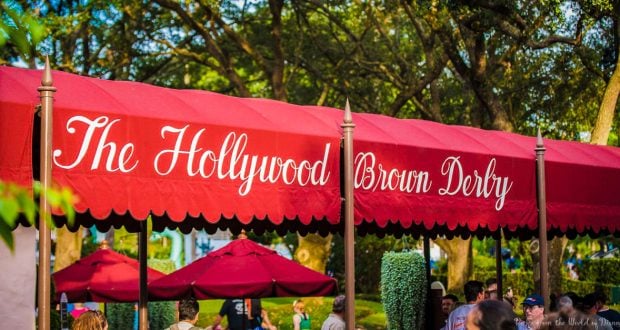 Disney’s Hollywood Studios has changed quite a bit in the last few years.  There are now more places to eat there than ever before, with the addition of Toy Story Land and Star Wars: Galaxy’s Edge.

Table service restaurants, however, are still relatively rare in this Theme Park, and some of them share the same retro, 1950s theming.  So how to tell them apart, and which are worth your time and money?  Here are some restaurants to try the next time you’re in Hollywood Studios, and what you can skip.

Vintage décor and 1950s kitsch reign at 50’s Prime Time Café in Disney’s Hollywood Studios. You’ll feel like you’ve stepped back in time and are about to sit down to a meal at a mid-century kitchen where your Aunt Betty rules the roost.  The problem is, Aunt Betty still is in charge at this restaurant – and if you forget to put your napkin in your lap, put your elbows on the table, or don’t clean your plate, you’ll hear about it!

Heckling doesn’t exactly make for a relaxing meal, and anyone with anxiety, shyness, or who just wants a peaceful meal should definitely skip this one.  The hearty comfort food here is hit or miss, and you can get similar dishes at numerous other restaurants on WDW property.

At this restaurant, Mama won’t yell at you for leaving peas on your plate – promise.  I first ate at Mama Melrose’s Ristorante Italiano in Disney’s Hollywood Studios years ago, on the recommendation of a friend who was obsessed with the mac ‘n cheese with the Charred Strip Steak here.  Years later, we still frequent this delightful Italian restaurant, which I’m happy to report still serves my friend’s favorite meal (seriously, you really should try it!).

Hearty Italian staples abound here (spaghetti and meatballs, chicken parmesan, cannoli, gelato), and you certainly won’t leave hungry.  Mama Melrose’s has an informal, welcoming atmosphere, and it’s located in the backlot area of the Park (Grand Avenue), which we love for its retro vibe, the Muppets music, and the fact that it’s rarely crowded.

With a brightly-colored, mid-century modern vibe, Hollywood and Vine Restaurant is very much in the same vein as other table service restaurants at Disney’s Hollywood Studios.  It offers family style meals and modified character dining (with Disney Junior Stars at breakfast, and with Minnie and friends at lunch and dinner during seasonal dining parties).

If you have little ones eager to snap photos of Disney characters at a distance, then perhaps don’t be so quick to pass on this one.  But otherwise, think about skipping Hollywood and Vine Restaurant.  The family style dining means a fixed price menu, which doesn’t provide Guests with as much freedom to tailor a meal (or cost of a meal) to their own preferences, and all of the Disney characters are easy to see in other locations.

Eat At: The Hollywood Brown Derby Instead

Want to feel like a movie star?  Book a meal at The Hollywood Brown Derby at Disney’s Hollywood Studios. It’s a replica of the famed Hollywood restaurant of the same name, and Guests will find caricatures of celebrities covering the walls, just like those in the original restaurant, where the tradition began.

This is the most upscale dining location in WDW’s Hollywood Studios, and the food is as delicious as you’d imagine.  Signature dishes here take their cue from their famous Los Angeles predecessor.  Our Famous Cobb Salad, Wild Mushroom Risotto, Grapefruit Cake, and the Brown Derby Signature Burger are just a few offerings here, but you really can’t go wrong.

A meal at The Hollywood Brown Derby will take a bigger bite out of your budget than other restaurants in this Park, but then again, this is the Golden Age of Hollywood!

Another restaurant in Hollywood Studios that channels the 1950s is Sci-Fi Dine-in Theater Restaurant. Granted, if you’ve never eaten here, you may want to try it if you have time, just for the experience of sitting at a table shaped like a vintage car with a starry sky overhead, and black and white sci-fi clips playing on the drive-in screen.

But we’ve never found the food here anything to write home about.  The all-American dishes here (a variety of burgers, onion rings, fried dill pickles, and the like) are on par with what you’d expect to eat at any roadside diner in North America.  Guests with higher expectations are advised to skip this one.

Eat At: Oga’s Cantina Instead

Technically speaking, Oga’s Cantina is considered a lounge, not a table service restaurant (there are currently only five true table service restaurants in Disney’s Hollywood Studios), and there’s limited seating here.  However, it makes this list because it has Guests raving – and because, unlike most WDW lounges, Oga’s Cantina accepts Advance Dining Reservations (in fact, you likely won’t get in without one).

This is one of the most immersive experiences a Guest can have in Star Wars: Galaxy’s Edge. It’s the closest you can get to stepping into the famed Mos Eisley Cantina (and having the animatronic droid Rex from the original Star Tours as a DJ is pretty cool).  Wander around and look at all the rewarding eye candy here as you sip an intergalactic beverage, and enjoy the Batuu Bits or Happabore Sampler for munchies.

There aren’t many table service dining restaurants in Disney’s Hollywood Studios, and many of the budget-friendly table service options consist of average food and 1950’s-themed atmospheres that Guests might tire of.  Thankfully, there are a few restaurants that truly deliver, both in terms of taste and in terms of ambiance.