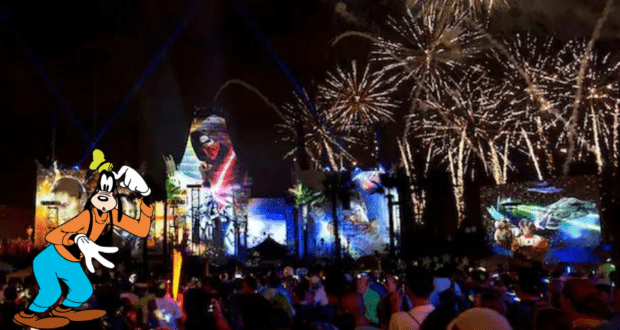 Has This Iconic Disney World Fireworks Show Already Had Its Last Performance?

The Walt Disney World Resort may be largely back to “normal” following its reopening in summer 2020, but there are still a handful of attractions, character meet-and-greets and special events and experiences that have yet to return to Disney Parks and Resorts.

Many of the latest reopening updates out of Walt Disney World have focused on character experiences, with character dining at select locations being the latest events to return. Special events have largely returned to Disney World, too, with both Mickey’s Not-So-Scary Halloween Party and Mickey’s Very Merry Christmas Party returning to the Magic Kingdom later this year. In Disney’s Animal Kingdom, Festival of the Lion King returns to its full performance later this month, and in EPCOT the first EPCOT International Food & Wine Festival since the pandemic began to include the Eat to the Beat Concert Series kicks off on July 14, 2022.

Disney’s Hollywood Studios is preparing for the highly anticipated return of Fantasmic later this year, but prior to the 2020 closures, this was not the only nighttime spectacular at this Disney Park. With the latest update to Walt Disney World’s official website, we have to wonder: Will we ever see the return of the Star Wars: A Galactic Specactular fireworks show? Prior to March 2020, Star Wars: A Galactic Spectacular took place nightly in Disney’s Hollywood Studios. The fireworks show was extremely popular among Star Wars fans as it included imagery and music alongside fireworks from every Star Wars movies ranging from A New Hope (1977) to The Rise of Skywalker (2019).

Star Wars: A Galactic Spectacular made excellent use of projection mapping technology seamlessly blending fireworks with images and video sequences shown on the exterior of the facade of the Park’s version of Grauman’s Chinese Theatre (the building which houses Mickey and Minnie’s Runaway Railway.) Many Disney fans did not expect this show to be ending, but the latest update to Disney’s website may have a different story to tell. The page for Star Wars: A Galactic Spectacular on DisneyWorld.com was recently removed. While Disney has not confirmed either way whether or not this fireworks show will return, based on past experiences that have been totally removed from the site, the outlook does not feel optimistic.

We will continue to check for updates regarding Star Wars: A Galactic Spectacular, and will be back with updates as soon as we have confirmation from Disney regarding the future of this Disney Parks fireworks show.