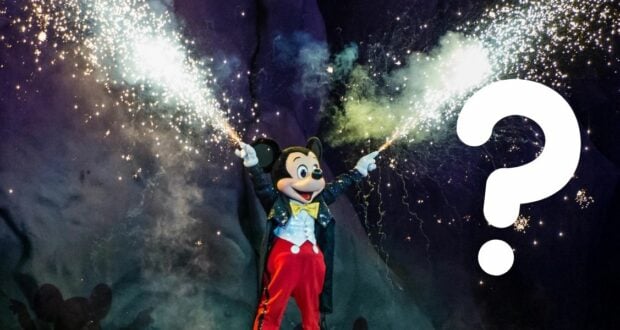 One of the most beloved Walt Disney World Resort nighttime experiences has been missing since March 2020, when it closed due to COVID with the rest of the theme park. Now, 27 months later, we’re seeing excellent signs of reopening progress for Disney’s classic nighttime show, Fantasmic!

Nighttime experiences at Magic Kingdom (“Disney Enchantment“) and EPCOT (“Harmonious“) have returned, along with the return of Finding Nemo: The Big Blue… and Beyond at Disney’s Animal Kingdom.

Meanwhile, we’ve heard nothing but crickets from Disney’s Hollywood Studios. The Disney Park has not only kept quiet on the return of Star Wars: A Galactic Spectacular nighttime fireworks and projections, but the massive Hollywood Hills amphitheater on Sunset Boulevard holding “Fantasmic!” has remained empty.

Disneyland Resort’s Fantasmic! recently returned with much excitement, including a dining package. Even viral videos have already hit social media, including a fight that broke out outside the returning nighttime experience, along with a Mickey slipping but thankfully recovering quickly.

As we eagerly await the forces of good and evil to battle it out in Mickey’s dream, the extravagant open-air nighttime musical at Walt Disney World was promised to return in 2022, but no further opening date has been announced.

Now, we’re seeing aerial photos that were taken on June 11, 2022, which show the previously drained Fantasmic! lagoon once again refilled. In the aerial photo below, @bioreconstruct notes, “Aerial look at the refurbishment of Fantasmic. Zoom in and there’s trash cans staged at each seating section. Boom lift at left side of the seating is likely for servicing the show lighting.”

@bioreconstruct shares another look below with the note, “A near straight-down aerial look at the refurbishment of Fantasmic. A boom lift is near the seating, top right, likely to service the show lighting.”

Could the lagoon being refilled and staged trash cans be a good sign? We believe so! Even though we wait for confirmation from Disney on when Fantasmic! will reopen, we’re encouraged by the photo update!

Take note that when Fantasmic! does reopen, Disney has already noted some changes to come to the show. Disney has confirmed we will spot a new Disney character are two to join Mickey in his imagination. The show will see characters and scenes from Disney’s Moana (2016), Frozen (2013), and Aladdin (1992).

Disney currently describes the Fantasmic show and fireworks as “A Legendary Tale: Featuring more than 50 live performers, massive sets, stunning effects, dazzling pyrotechnics and rousing music, this larger-than-life show is painted on a grand canvas of dancing water and light like nothing you’ve ever seen. Overflowing with silly and suspenseful surprises, it will leave your entire family smiling from ear-to-ear!”

A Night When Dreams Come True: Fast asleep, Mickey Mouse dreams that he is a mighty sorcerer’s apprentice with the power to control water, color and magic. The Disney Villains—including Maleficent in the form of a towering, 40-foot-tall dragon—turn Mickey’s dream into a nightmare, but don’t underestimate the power of Mickey’s imagination!

Hang in there, Disney fans! We may be getting one step closer to finally being able to enjoy nighttime entertainment at Disney’s Hollywood Studios once again with the classic Sorcerer Mickey. We will be sure to share any further Fantasmic! updates as soon as Disney releases them.