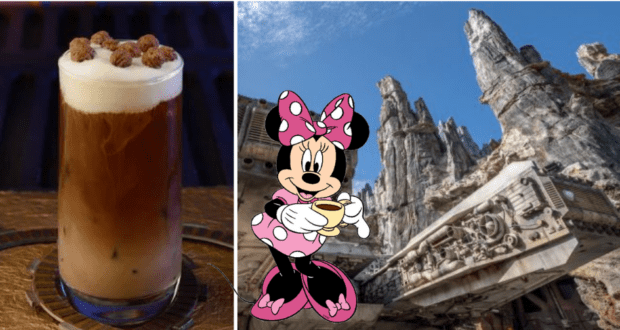 Star Wars: Galaxy’s Edge takes Guests visiting Disneyland Park and Disney’s Hollywood Studios on an immersive excursion to Black Spire Outpost on the planet of Batuu. Outfitted with signs of the rebellion and the First Order, this immersive land is nearly identical on both coasts with a couple of minor changes. 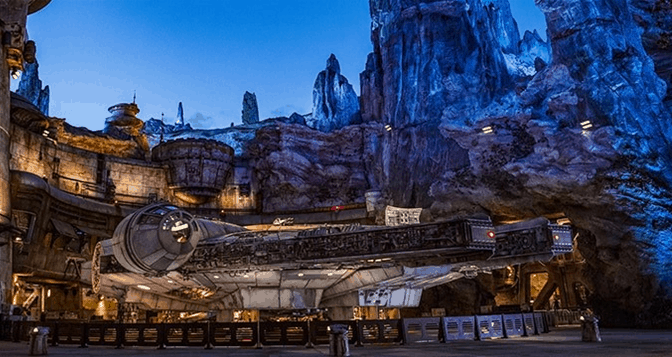 While both Disney theme parks include such iconic eats as blue and green milk and Ronto Roasters, there has been one treat specific to Disneyland’s Galaxy’s Edge that fans on the East Coast had been hoping to one day try.

Both coffees can be found at Kat Saka’s Kettle, and the new drink offerings include the Cold Brew Black Caf. This cold brew coffee has become a fan favorite at Star Wars: Galaxy’s Edge in Disneyland, and includes the same high-quality Joffrey’s cold brew coffee Guests have come to love topped with sweet cream cheese and cocoa puffs.

For a spiked take on the coffee, Cast Members can add a shot of Godiva liqueur. Going this route will add a boozy kick to the Spiked Cold Brew Black Caf while keeping the caffeination going that you may need while exploring a Walt Disney World theme park. While Guests visiting the Walt Disney World Resort are sure to be excited about the newest coffee option at Disney’s Hollywood Studios, there is one more change that recently took place at Disneyland’s Galaxy’s Edge. Batuu-West will now feature new characters outside of the current timeline of Galaxy’s Edge, in ways that will still work with the setting’s story, however, Walt Disney World’s Galaxy’s edge received no such announcement, possibly due to the storyline needing to line up for those traveling aboard the Star Wars: Galactic Starcruiser.

Will you be trying the new Cold Brew Black Caf during your next trip to Black Spire Outpost? We can’t wait to travel to Batuu to try it for ourselves!