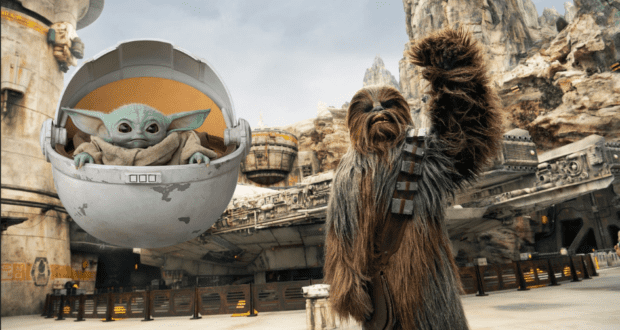 This year’s Star Wars Celebration in Anaheim, CA is well underway, and during the event Disney Imagineers took a moment to share some very exciting news! In addition to characters like Kylo Ren, Rey, Chewbacca, Vi Moradi, and Stormtroopers, a couple of new characters are coming very soon to Star Wars: Galaxy’s Edge. Boba Fett, along with mercenary Fennec Shand can be found in Disneyland’s Galaxy’s edge beginning tomorrow, May 28, 2022. Like the other characters Guests can see on Batuu, Boba Fett and Fennec Shand will not have traditional meet and greets but rather they will be working to further create a story unfolding in front of Guests. 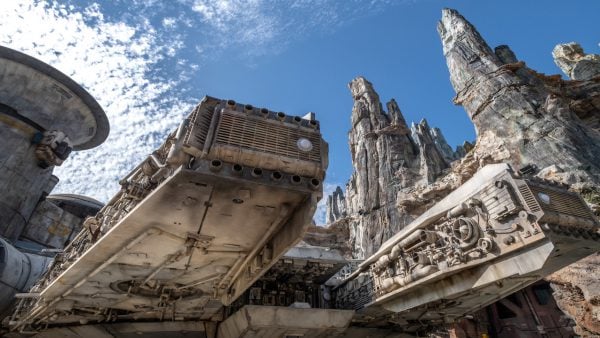 While the two will be seen for sure, in keeping with their stories they will try to stay in the shadows of Black Spire Outpost, understandably given the duo’s status as a bounty hunter and mercenary.

As the announcement from Disney points out, Star Wars: Galaxy’s Edge was designed to place Guests right in the middle of the Star Wars universe, and new media focused on Black Spire Outpost along with all of the details in the parks is now allowing for even more characters to show up while still remaining true to their stories. 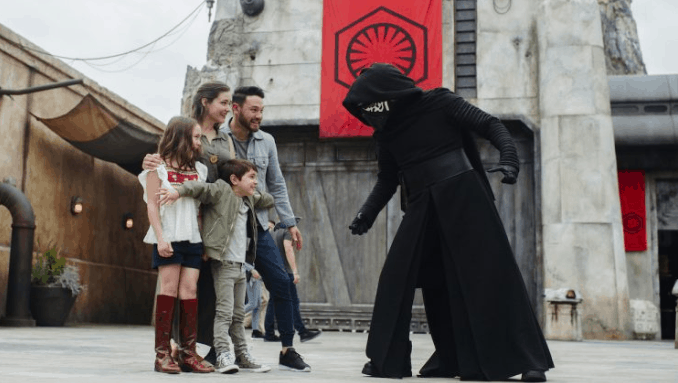 And those aren’t the only new characters Guests will soon find at Disneyland’s Galaxy’s Edge. Din Djarin, the Mandalorian, and Grogu will also be arriving on Batuu at a later date! (If you need to catch up on their stories, the first two seasons of The Mandalorian are available on Disney+.)

So far all of the announcements regarding Star Wars in Disney Parks out of this year’s Star Wars Celebration have been focused on the Disneyland Resort. If any updates are announced later for Star Wars: Galaxy’s Edge at Disney’s Hollywood Studios for Guests visiting Walt Disney World, we will be sure to keep you updated!