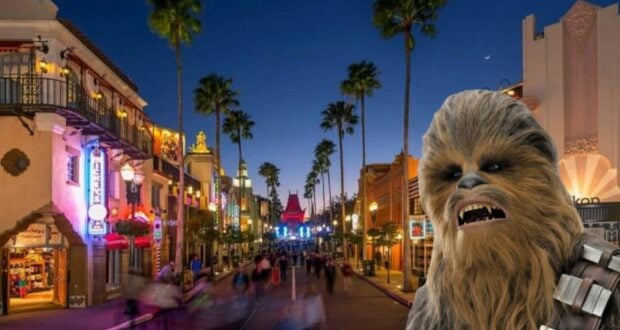 If you haven’t been to Disney’s Hollywood Studios in the past few years, chances are you have yet to experience the exceptional new attractions and dining experiences the Disney Park now boasts. From new attractions such as Mickey & Minnie’s Runaway Railway to revamped menus at classic Hollywood Studios restaurants such as Mama Melrose, it’s a popular Disney Park for all the right reasons.

And if you’re a Star Wars fan, the Park is a must-do for you! The Star Wars-themed land known as Star Wars: Galaxy’s Edge has impressed fans since it opened in 2019. Disney’s Hollywood Studios features three Star Wars attractions including Millennium Falcon: Smuggler’s Run, Star Wars: Rise of the Resistance, and the classic Star Tours: The Adventures Continue.

Disney has announced, “Over at Disney’s Hollywood Studios, Star Wars Launch Bay returns July 17! A celebration of the legendary space saga, Star Wars Launch Bay is your place for a warm embrace with Chewbacca, a face-to-droid encounter with BB-8, or a run-in with Darth Vader himself for those brave enough.”

Nothing beats a big hug from a Wookie! Plus, it’s super impressive to see Darth Vader up close along with BB-8.

If you’re a die-hard Star Wars fan, don’t forget to check out Walt Disney World’s newest Resort called Star Wars: Galactic Starcruiser. The Resort is like living in a Star Wars story of your own.

Now, we wait to hear future plans for the pre-COVID nighttime spectacular called Star Wars: A Galactic Spectacular. The projections and fireworks experience was featured nightly at Disney’s Hollywood Studios along with Disney’s Fantasmic!

While we know Fantasmic! will return sometime this year, we are still waiting on word for the return of Star Wars: A Galactic Spectacular. In the meantime, get ready to hug Chewie and see other Star Wars characters as Star Wars Launch Bay at Disney’s Hollywood Studios reopens on July 17, 2022..