Star Wars: Galactic Starcruiser was the sought-after ticket for Star Wars fans when it launched back in March 2022.

The eagerly-awaited Galactic Starcruiser hotel takes Guests on a (simulated) two-night voyage through a galaxy far, far away. While aboard the Galactic Starcruiser, Guests are fully immersed in the Star Wars story, as each decision they make shapes the outcome of their journey.

Now, it seems, the Force is not strong with the Halcyon, as a string of canceled dates has led some fans to rumor that the Disney Resort is running out of steam.

Just this week, Disney revealed it is now offering a “deal” giving Guests up to $700 off Deluxe Resort Hotels if they booked a Galactic Starcruiser voyage. At the end of 2022, the first discount was offered of 30% off original Points Chart values on select 2-night Star Wars: Galactic Starcruiser adventures for Disney Vacation Club (DVC) members.

But now, it seems more deals will be necessary as dates are not booking up for this pricey Disney vacation experience.

Former Walt Disney Company CEO Bob Chapek had promised that the Starcruiser would leave Guests “blown away”. Characters like Chewbacca, Rey, and Kylo Ren are all on board, while Guests also get to take a port excursion to Batuu’s Black Spire Outpost in Disney’s Hollywood Studios at Galaxy’s Edge.

Since its launch in 2022, the Star Wars: Galactic Starcruiser has largely received positive reviews from Guests who have experienced the immersive voyage first-hand and mixed opinions from those who have not taken the trip. The big price tag is one such complaint for many fans of C3P0, R2D2, Rey, Han Solo, and the galactic gang.

Prices start at roughly $4,800 for two Guests on a two-night voyage at the Star Wars hotel, a hefty price to pay for a two-night experience (a similar price to a week on a Disney Cruise Line trip).

Voyages beginning on the following dates have been canceled and are no longer available according to the Star Wars: Galactic Starcruiser calendar: 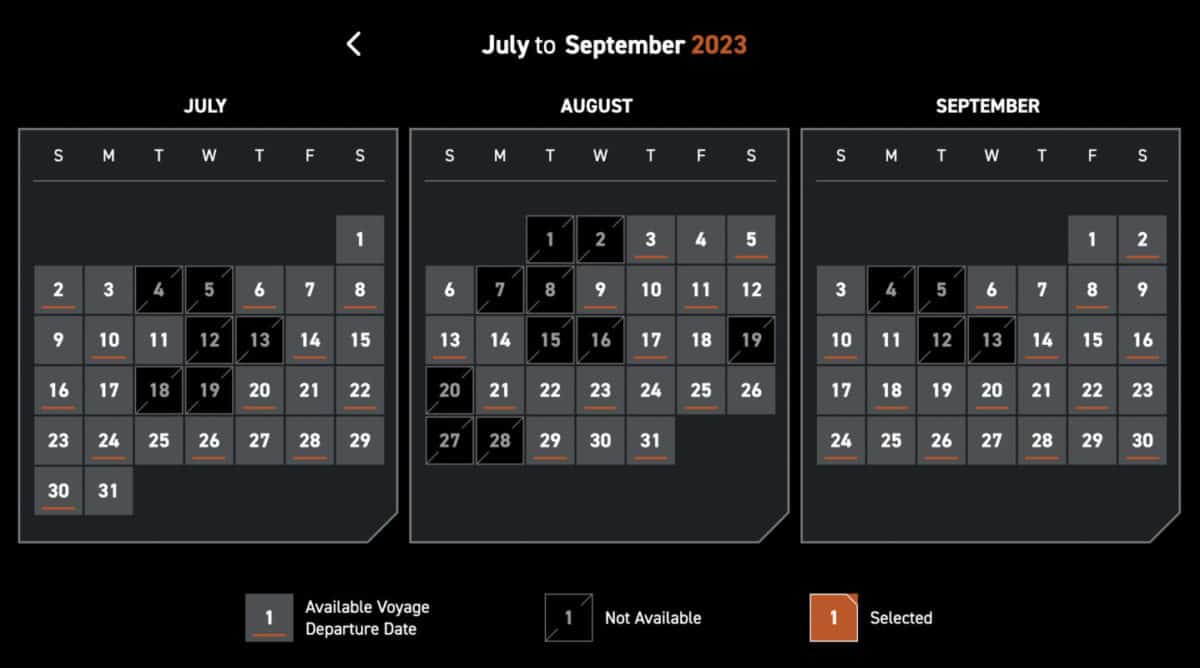 Interestingly, most other dates in 2023, including the last 2 weeks of January, are still showing availability.

On social media, Guests revealed that those who were booked on the canceled voyages are being contacted by Disney and offered to move to other cruises at a 50% discount.

There’s no exact reason being given for the Starcruiser cancellations. Right now, it appears that these voyages are being canceled due to low occupancy (especially due to the mass of availability for the upcoming year). As we can imagine, the Walt Disney World Resort would prefer to operate full cruises and cancel those with fewer Guests.

It seems that the success of finding Chewbacca, Lightsaber, and Blue Milk fans willing to pay $4,800-$6,000 for less than 48 hours in a Disney Star Wars experience is waning.

TikTok user @ournextgreatadventure_ recently shared a video verifying the rumors of the Disney World Hotel operating at a low capacity. The video shows an empty Star Wars: Galactic Starcruiser, with the Guest writing that even though this footage was taken early in the morning, their voyage was only about 50% full: 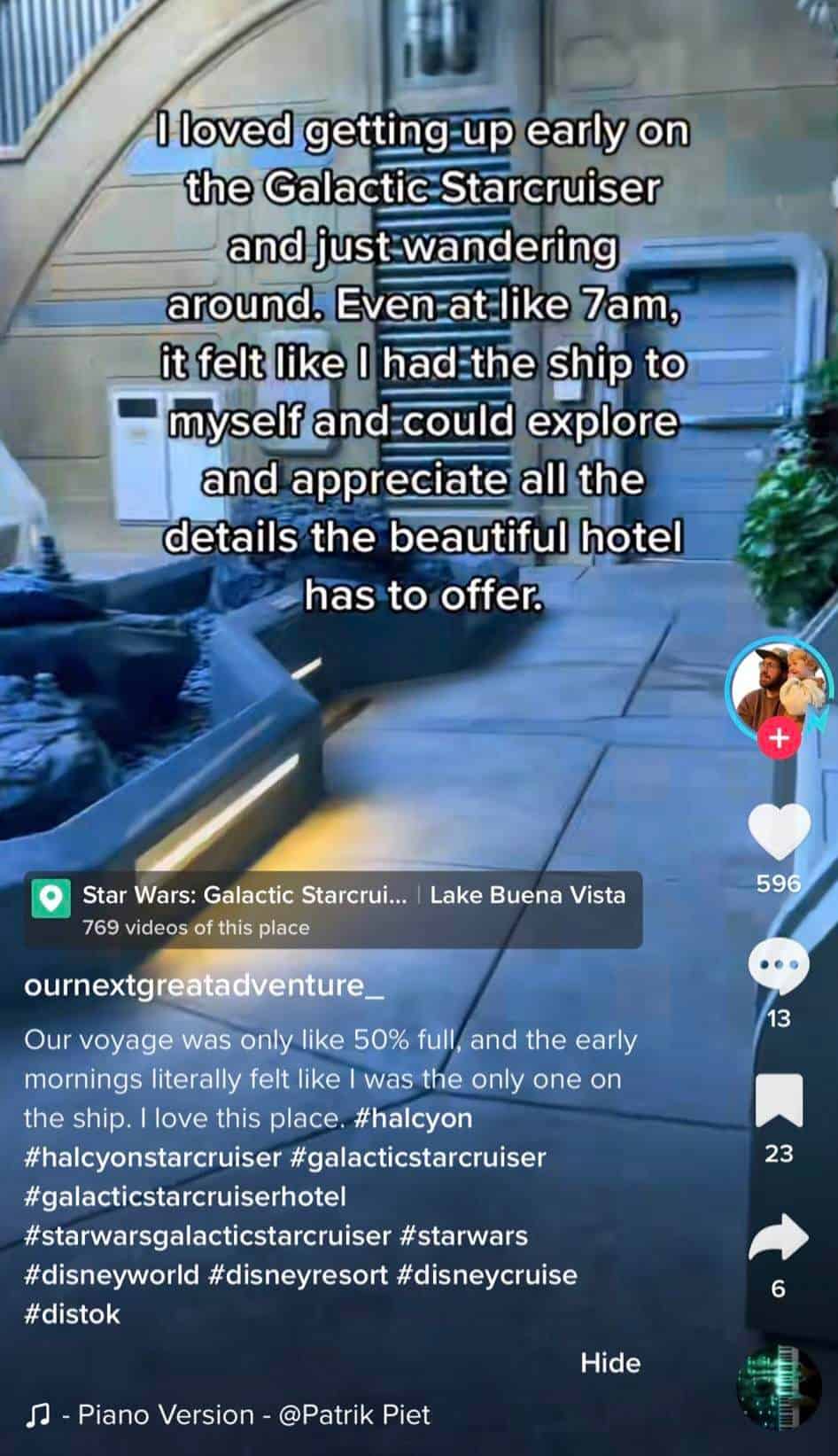 The two-night adventure at the Walt Disney World Resort starts at $6,000 for a family of four, and includes the following on every expensive voyage to a galaxy far, far away: 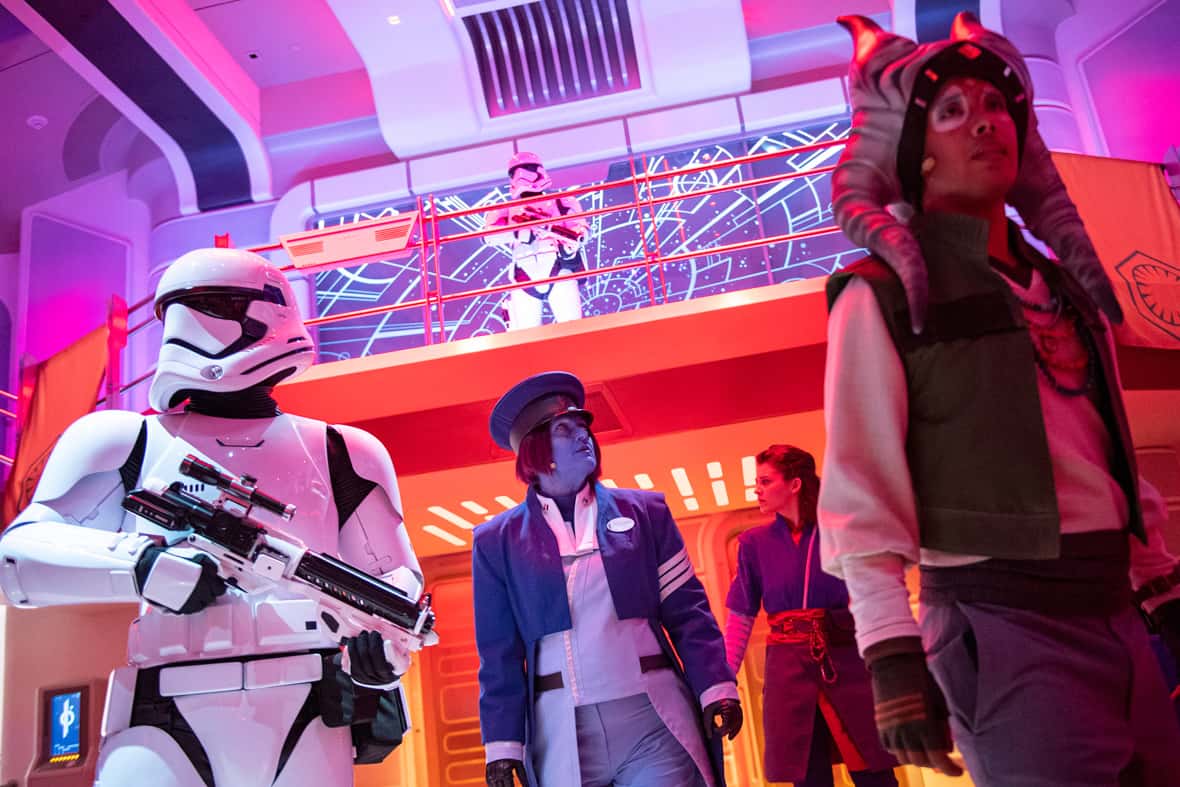 There is a cheaper option for Star Wars fans wanting an immersive Disney experience. The Outer Rim planet of Batuu opened to Disney Parks Guests on May 31, 2019 at Disneyland Park in Anaheim, California, and on August 29, 2019 at Disney’s Hollywood Studios theme park in Orlando, Florida to mixed reviews from diehard Star Wars fans.

2023-01-20
Melissa Cannioto
Previous: EPCOT’s Newest Update Gives Iconic Characters Even More Time In the Spotlight
Next: You’d Never Guess That This Is The Most Popular Title Streaming on Disney+