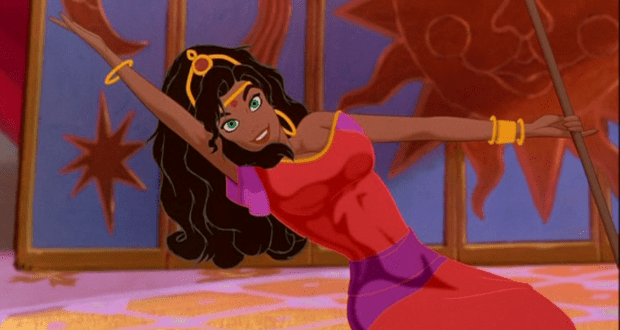 The Lowdown On the Top Underrated Disney Heroine – Esmeralda

With Women’s History month wrapping up in the United States, let’s set aside time to talk about inspiring, self-empowered females in the Disney universe.

The 90s in particular saw an uprising in strong-minded female characters including Beauty and the Beast’s (1991) Belle, Hercules’ (1997) Megara, and the title character of Mulan (1998). A swift departure from demure leading ladies, the Renaissance era was full of independent women whose ultimate goal wasn’t to find true love or be a classic Disney princess.

Today let’s discuss an underrated lady from a (sometimes) underrated Disney movie – Esmeralda from The Hunchback of Notre Dame (1996) – and what makes her so captivating. 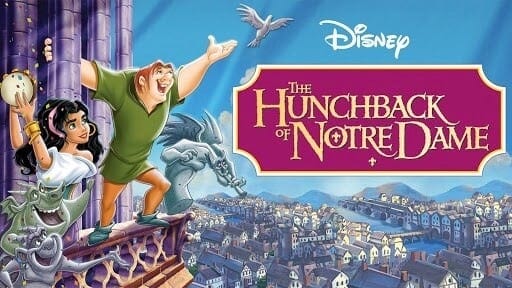 To be frank, we can’t do a deep dive into Esmeralda’s character without talking about her somewhat controversial film. The Hunchback of Notre Dame was released in theaters in the summer of 1996.

It was a commercial success, but it threw some theatergoers for a loop. While the movie was advertised as another frolicking, musical romp, the final product was much darker and thought-provoking than anticipated. And how could it not be? The animated feature is based on Victor Hugo’s gothic novel of the same name.

In the source material, a deformed and orphaned hunchback is raised in secrecy by a Parisian archdeacon (Claude Frollo) in the Notre Dame Cathedral. Quasimodo, the hunchback, and his adopted father become enamored with a local gypsy girl (Esmeralda). While both admire her beauty, Frollo’s appreciation quickly turns to a vengeful lust.

Meanwhile, Quasimodo and Esmeralda form a tentative friendship as she shows him the only signs of kindness he’s known from birth. In true Victor Hugo fashion, the story ends tragically with death, heartbreak, and more gore than a Disney film allows.

Somehow, Disney was able to make artistic tweaks without eroding the main themes of the book. In Disney’s version, Esmeralda and Quasimodo’s characters and relationship are fleshed out, Frollo is recast as a corrupt political figure (Judge Frollo), and most characters find a happy ending.

All of this is set against exquisite hand-drawn animation and a sweeping Alan Menken/Stephen Schwartz score that evokes cathedral-sized swells of music. We’d argue though, Disney’s greatest tweak in ‘their’ version is the new life they give to Esmeralda. Many remember her gorgeous design and perfect voice casting of Demi Moore, but she is so much more than a lovely face.

In Hugo’s novel, Esmeralda has her moments of graciousness but suffers from vanity and naivete. Disney’s Esmeralda couldn’t be any more different. In this version, she is a grown woman who has faced societal oppression but still chooses to stand up for what’s right.

In The Hunchback of Notre Dame, we are introduced to her dancing at a town festival with her goat sidekick, Djali. Her dancing makes an impression, but what touched most viewers happens shortly after. When Quasimodo is tied up and ridiculed for sneaking into the celebration, Esmeralda is the only one to defy the crowd and cut his bonds.

When she is admonished by Frollo, she takes the opportunity to call him out for mistreating the downtrodden. Esmeralda’s unrelenting pursuit of justice fears no authority. She suffers for her boldness, but we know she’d stick to her principles regardless. 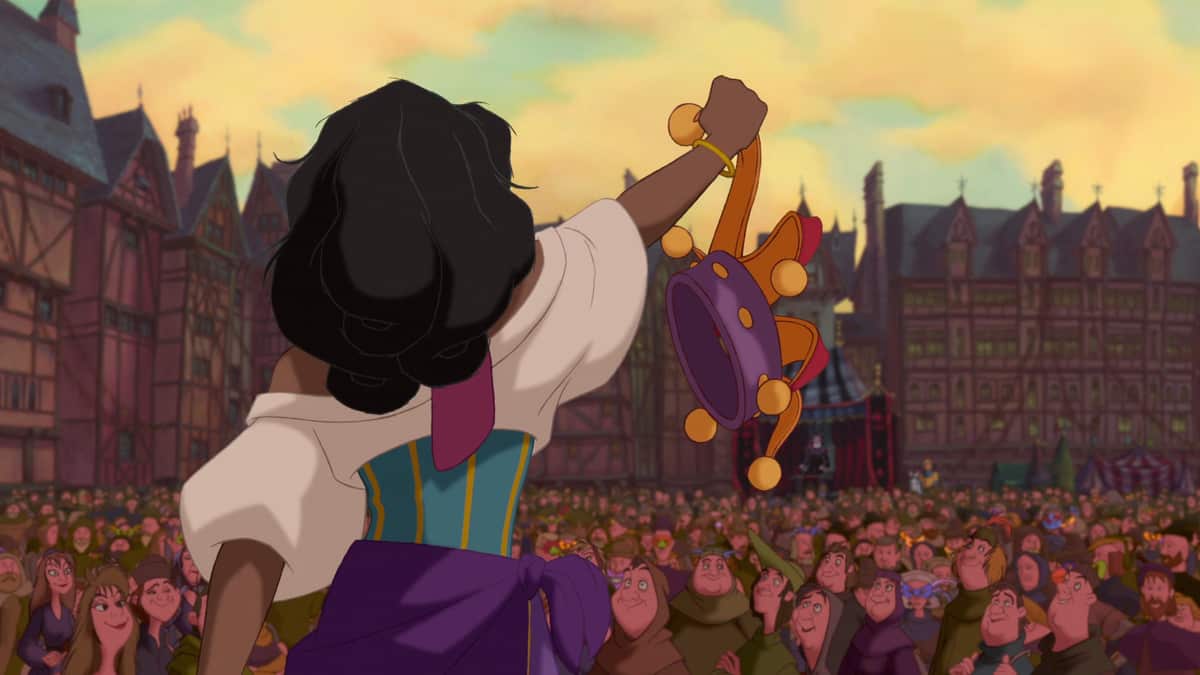 Secondly, Esmeralda is no damsel in distress. When Frollo demands her arrest at the Paris festival, she fends off an entire group of guards by herself. When approached by the Caption of the Guard, Phoebus, inside the Notre Dame cathedral, she pins him to the ground before he can utter a word.

Simply put, Esmeralda is not someone to mess with. She is someone to have on your side! Yes, she receives help and kindness from other characters, but her first instinct is never to ask for it. She is the epitome of a strong lady.

Adding to her strength is her experience growing up as an outsider. A gypsy at birth, Esmeralda’s cultural heritage may be a mystery and she doesn’t have a permanent home. Because of this, every place she travels to is full of people who distrust her or are only amused by her at a distance.

Accused of witchcraft throughout the film, Frollo suspects Esmeralda of dabbling in dark arts for her unconventional lifestyle. Just listen to the plaintive ballad she sings, “God Help the Outcasts”, expressing her desire for mercy and acceptance. She feels the pain of her oppression, but it doesn’t tempt her to compromise her loyalties. You can’t help but admire that kind of fortitude.

Lastly, while most Disney films couple up the main characters, Esmeralda was a refreshing reminder of platonic love. Esmeralda befriends Quasimodo and cares for him deeply, but she doesn’t fall in love with him. Instead of this being portrayed as a flaw, The Hunchback of Notre Dame celebrates their bond and doesn’t vilify her choosing Captain Phoebus.

It serves as a welcome reminder that all kinds of non-romantic love exist. The love between friends and family members is just as important as the love that carries us off into the sunset. In conclusion, yes, people can just be friends. She is proof.

In a time when Disney is making even more efforts to highlight diverse leading ladies, we would love to see more widespread appreciation for this Disney character. Whether or not you love the depth and barrier-breaking choices in The Hunchback of Notre Dame, Esmeralda deserves a lot of respect!

2022-03-22
Rebekah Sedwick
Previous: The Hidden Ride At Walt Disney World
Next: Cast Members Storm Out of Disney In Effort to Save the Company From Itself