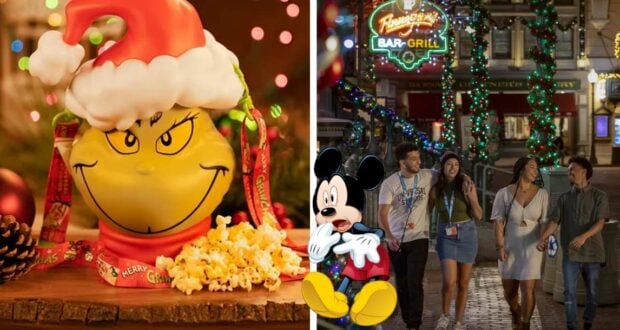 This holiday season, the Walt Disney World Resort isn’t the only theme park offering seasonal merchandise: take a look at the newest popcorn buckets at the Universal Studios Orlando Resort for Christmas!

Universal Studios Orlando opened in 1990, offering Guests a way to step into the magic of movies, especially classic monster cinema and action-packed adventures. Since its inception, the Park has been in close competition with neighboring Walt Disney World, which opened the similar Disney’s Hollywood Studios Park in 1989. 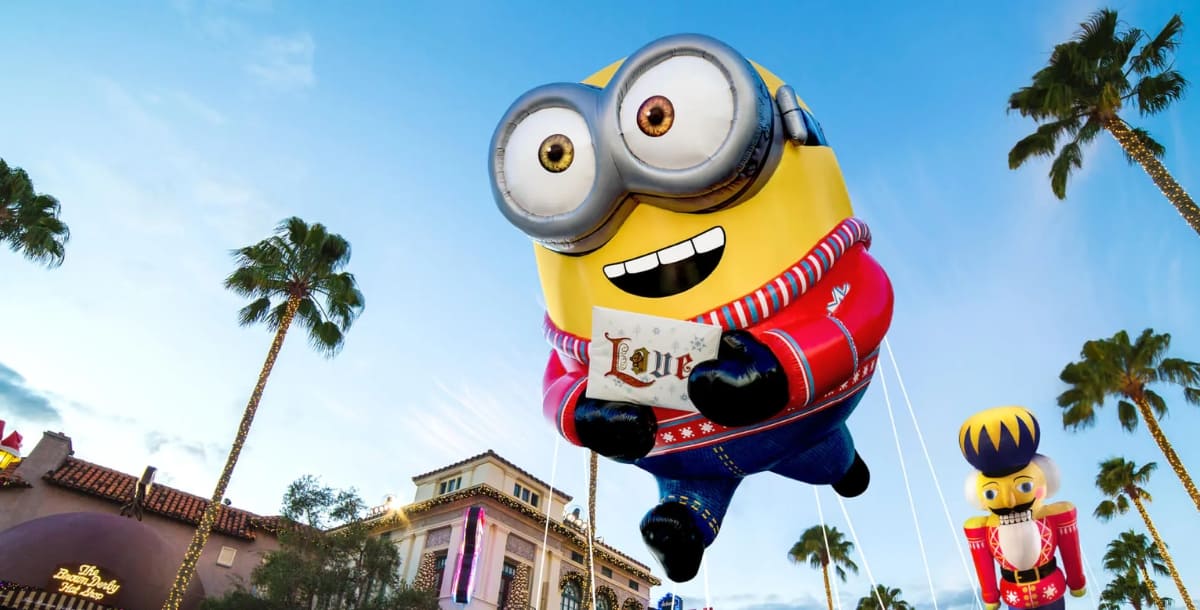 Now, it seems like their unofficial rivalry has birthed a new offering: Holiday Popcorn Buckets. We all know Disney fans love their popcorn buckets. In fact, fans have fought over the highly collectible carriers of corn, which even sell for hundreds of dollars online. This year, Disney has released a few exciting new additions to its popcorn bucket lineup, like the Musical Holiday Tin Premium Bucket.

And Universal wants in on the action. Of course, these are not the first popcorn buckets sold at the Universal Studios Orlando Resort, nor the Resort’s only way to celebrate the holidays this year!

From special food and merchandise to shows like a live retelling of How The Grinch Stole Christmas and Magic of Christmas at Hogwarts Castle, there’s a lot in store for Guests this season and, in contrast to the Walt Disney World Resort, it’s available with General Admission. 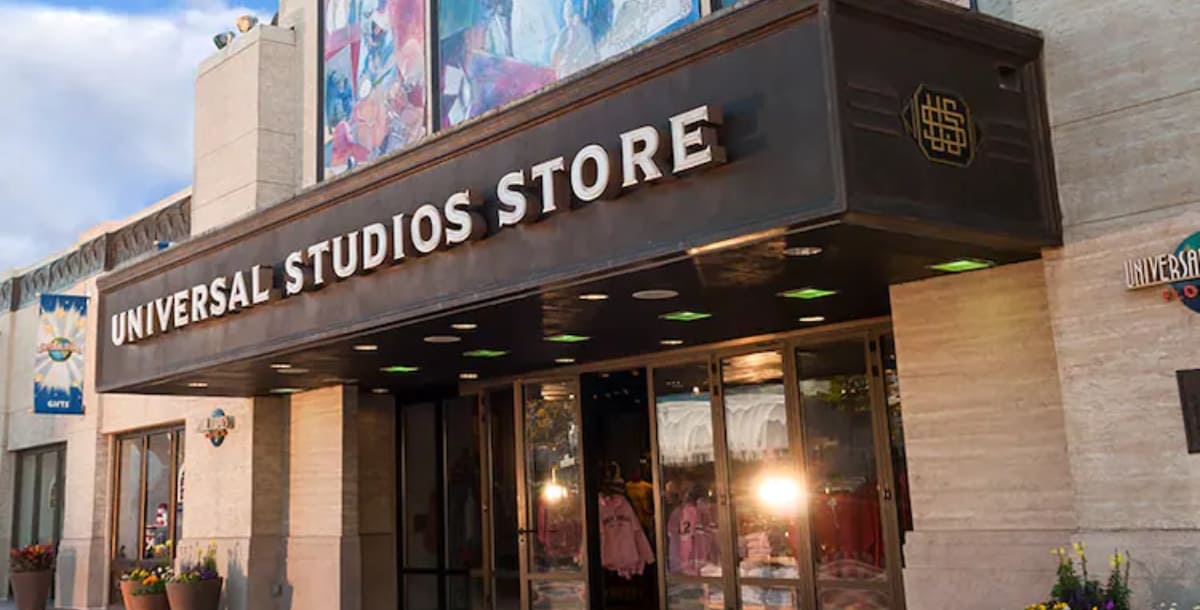 RELATED: Where to Find Every New Holiday Themed Popcorn Bucket at the Disney Parks

Moreover, lucky visitors to Whoville might spot a glimpse of Max the Dog, or receive a coveted interaction with the feisty, but festive, Grinch. In addition, Universal Studios Orlando will even put on the Universal Holiday Parade featuring Macy’s, with floats inspired by the Minions franchise and favorite characters from Dreamworks Studios’ Shrek (2001).

In fact, if you’re Minions-obsessed or a Grinch devotee, you’ll want to get your hands on Universal Studio Orlando’s two popcorn buckets for its holiday celebration. Photos shared to Twitter by Spectrum News reporter Ashley Carter showcase their designs below:

Some of the merchandise available during Universal Orlando's holiday celebration include Grinch and Minions-inspired popcorn buckets. pic.twitter.com/0jgG4WQpYu

We can see the merry little Minion sports a Santa Claus hat and snowman toy, while the Grinch more closely resembles his illustrated form from the Dr. Suess books! Reports on social media state each bucket costs $28 plus tax, and that Guests receive their first popcorn fill-up free with the purchase of a holiday bucket, though DisneyTips will confirm if this is the case. However, it’s true that in the past, Universal has given Guests a coupon for a first free refill for select popcorn buckets, so the odds look good for complimentary popcorn! 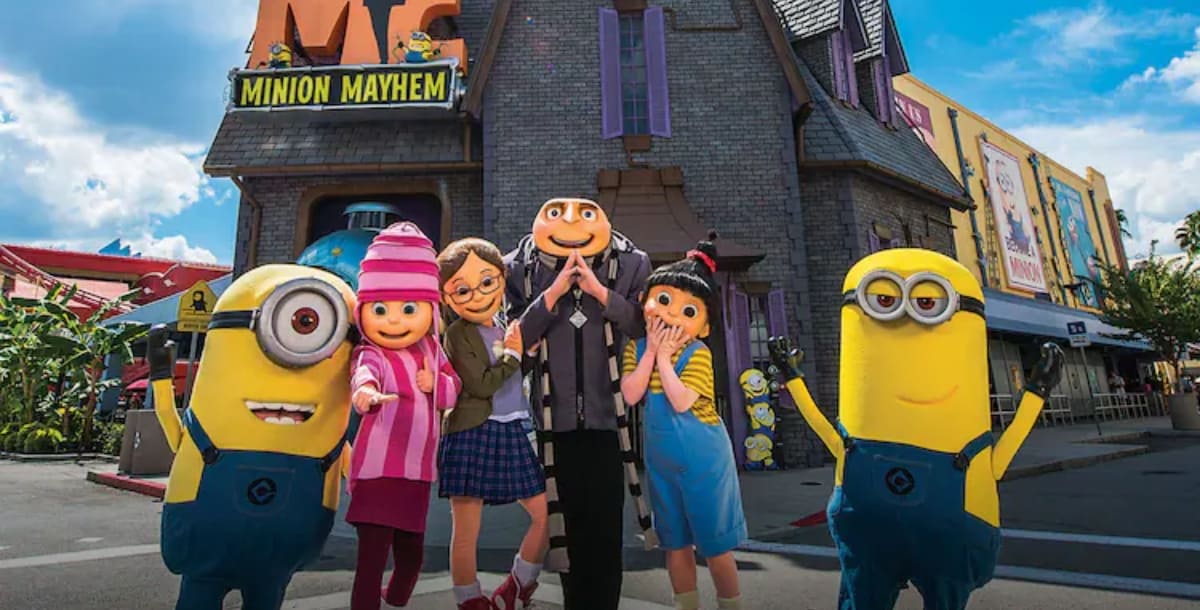 2022-11-14
Spencer Beck
Previous: Tickets for Mickey’s Very Merry Christmas Party at Walt Disney World are Almost Sold Out
Next: This Disney Park Has Been Closed Since Halloween