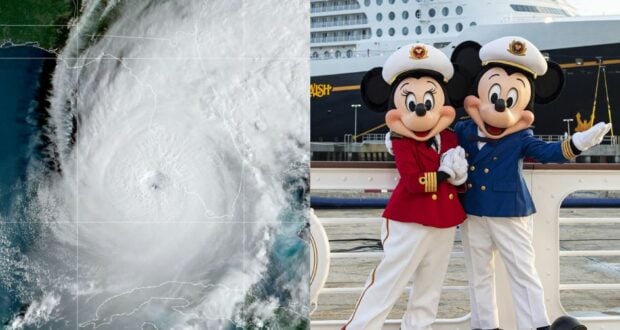 Hurricane Ian caused the closure of Walt Disney World Resort theme parks on September 28 and September 29, 2022. While Florida residents are bracing for the nearly Category 5 Hurricane Ian, there is a silver lining for Disney Cruise Line Guests.

@Attractions is currently on board a Disney Wish cruise, which set sail on September 26, 2022. The Disney Cruise ship was scheduled to return on Friday, September 30, but with the unknown impact of Hurricane Ian, the ship’s Captain announced to the Guests onboard the Wish that they would be getting an extra day at sea!

A video was posted to social media of cheers erupting when the announcement was made. Attractions Magazine notes, “Our @DisneyCruise Wish was supposed to return Friday. The captain just announced we won’t be returning until Saturday. Listen as the diners in Arendelle erupt in cheers when the announcement is made. #HurricaneIan.”

It’s great to see some positive news for those Disney fans on board Disney Cruise Line’s newest ship, the Disney Wish, amid the catastrophic Hurricane Ian’s arrival.

In addition to the extra day at sea, Attractions Magazine also notes the Hurricane has caused a hold on its Castaway Cay visit due to Hurricane Ian’s uncertain path, as shared in the tweet below:

We will continue to keep Disney Tips readers updated as we learn more about Hurricane Ian’s impact on Walt Disney World Resort, as well as the Disney Cruise Line.