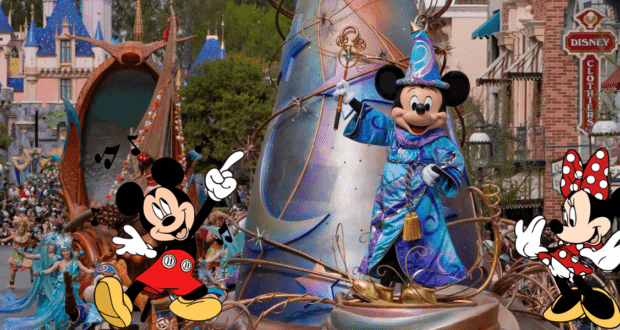 If you weren’t able to make it to a Disney Park in 2020, nobody can blame you. The pandemic had just begun, everyone found themselves incredibly confused, and on top of that, Walt Disney World Resort and Disneyland Resort closed entirely.

However, despite the unprecedented times of 2020, Disneyland debuted the “Magic Happens” parade. This Disney entertainment showcases our favorite Disney characters in fanciful outfits, dazzling dancers, and magical parade floats. It’s no wonder that Guests have been waiting for this parade to return!

Thanks to an announcement from the official Disney Parks Twitter account, we finally know exactly when this parade will return to Disneyland Resort: February 24, 2023.

Calling all dreamers! ✨ The “Magic Happens” parade will return to @Disneyland on Feb. 24, 2023! This sensational daytime parade had a limited debut in 2020, so we can’t wait for you to see this unforgettable spectacle that celebrates magical moments from favorite Disney stories! pic.twitter.com/hiQnSkwlrt

Can’t wait until then to see this dazzling display of Disney Imagineering? We don’t blame you! Here’s a video of the entire parade to hold you over until next February!

As we can see in this video, the “Magic Happens” parade is full of whimsy, excitement, and that one-of-a-kind Disney magic. From the dancers to the face characters, everybody is dressed up in elaborate costumes. Sorcerer Mickey has swapped his iconic red robes and starry hat for an outfit covered in turquoise and purple swirls with golden accents.

His friends dance around, greeting Guests and performing choreography in similar costumes.

Currently, the official Disneyland Resort website still lists this iconic parade as “temporarily unavailable,” and it’s too early to check for parade showtimes. But Disney’s official announcement is enough to keep Guests and Disney fans excitedly waiting until February 2023.