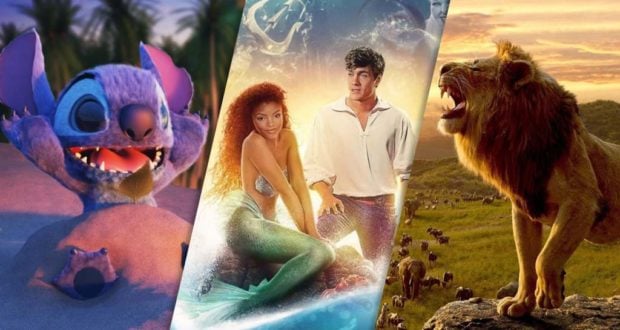 What Disney Live-Action Remakes/Adaptations Are Coming?

With Cruella hitting Disney+ Premier Access this week, it shows us once again that live-action remakes have been a money maker for Disney. From Cruella, Aladdin, Beauty and the Beast and Mulan, to name a few, these live-action films of Disney favorites have fans rushing to the theatre and Disney+. So what else do we have to look forward to?

Many are anxiously awaiting the release of Disney’s The Little Mermaid. Although we haven’t been given a release date yet, we are thrilled to see how this is brought to live-action. The Little Mermaid stars Halle Bailey as Ariel and also includes Jonah Hauer-King as Prince Eric, Melissa McCarthy as Ursula, Javier Bardem as King Triton, Noma Dumezweni as Carlotta, and Jude Akuwudike as Grimsby. Emily Coates, Jessica Alexander, Russell Balogh, and Adrian Christopher have also joined the cast in unnamed roles.

Get ready to travel to Neverland with Peter and Wendy as this film should be wrapping up next month in Vancouver, Canada. Fans can expect to see Jude Law (Fantastic Beasts, Captain Marvel); Ever Anderson (Black Widow) as Wendy; Alexander Molony (The Reluctant Landlord) as Peter Pan; Yara Shahidi as Tinkerbell; Jim Gaffigan (Troop Zero); Molly Parker (House of Cards) as Mrs. Darling; Alan Tudyk (Rogue One: A Star Wars Story) as Mr. Darling; newcomers Joshua Pickering as John; Jacobi Jupe as Michael Alyssa Wapanatâhk as Tiger Lily, with Noah Matthews Matofsky as Slightly, Sebastian Billingsley-Rodriguez as Nibs, Skyler and Kelsey Yates as The Twins, Florence Bensberg as Curly, and Caelan Edie as Tootles. Peter Pan & Wendy will premiere on Disney+ in 2022.

This film wrapped production and will feature both live-action and visual effects. The film stars Tom Hanks as Gepetto, Joseph Gordon-Levitt as Jiminy Cricket, Luke Evans as The Coachman, Keegan-Michael Key as Honest John, Cynthia Erivo as the Blue Fairy, with Lorraine Bracco as a new character, Sofia the Seagull, and Benjamin Evan Ainsworth as the titular Pinocchio.

After the huge success of Lion King it is no surprise that Disney wants see what else they can do with this story. Lion King II will explore the origin of Mufasa. Starting production this September, the studio is currently casting for actors to play the roles of young Scar and Mufasa.

There are many other films that are being discussed when it comes to live-action films. In the mix are Hercules, Lilo & Stitch, Snow White, Hunchback of Norte Dame, as well as an Aladdin sequel.

Remakes for Bambi, Robin Hood, Sword in the Stone, James and the Giant Peach, and a sequel to 2016’s The Jungle Book are also in various stages of development.

The studio is also in development on a Prince Anders film for Disney+, as well as the Gaston and Lefou series, and Mulan spin-offs.

We will see what comes of all these films. What one are you looking forward to.