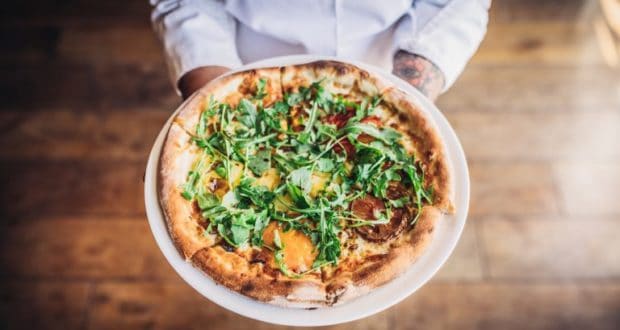 One thing to know about Disney World is that there are a lot of lies surrounding the place. Some people will claim that the parks are only good for kids, or that the only Park worth visiting is Magic Kingdom. Meanwhile, there are the more outlandish lies, such as the tale that Cinderella’s Castle can be easily taken apart and rebuilt, or that Walt’s body is buried somewhere in the parks. However, some of the most common misconceptions surrounding the Walt Disney World parks involve dining. Here are some of the most popular lies you might have heard about the food at Disney World.

Perhaps the most common Disney food myth is simply that the food is subpar. While this might be true for the vast majority of theme parks out there, it simply isn’t the case at Disney World. Sure, the standard chicken nuggets and burgers that you can get anywhere else are also available here, but the vacation Resort has gone out of its way to add plenty of variety to its menus, meaning there are far more options than just those things. Moreover, nearly everything we’ve ever tried from a Disney restaurant has been delicious, far better than average theme Park food, and on par with some of our favorite eateries outside of the world of amusement parks altogether.

Yes, Disney food is good. In fact, it’s so good that you will likely want to plan ahead to get your hands on some of the more popular items. Why? Because Disney has a dining reservation system, many visitors take it very seriously, making reservations as soon as they can. Not only that, but Disney is currently also requiring reservations to dine in any of its table-service restaurants. This makes those precious reservations more important than ever.

3. You Won’t Eat without a Reservation

Going into Disney with no dining reservations whatsoever? Not to worry! While you won’t be able to eat at any of the sit-down restaurants, you will still eat well. Disney World is full of wonderful quick-service eateries, and all open locations will take walk-up customers, so don’t let a lack of reservations keep you from visiting.

4. Last-Minute Dining Reservations are Impossible to Get

Many people believe that because so many Disney-goers book their dining slots as soon as they can, getting reservations at the last minute is impossible. However, this isn’t the case. You see, many Guests cancel reservations the day before they’re set to dine, meaning you’ll often see slots open for even the most popular restaurants if you check about 24 hours before you wish to eat there.

5. Only Table-Service Restaurants are Worth Visiting

Disney World is home to some seriously amazing sit-down restaurants. Whether you want to dine at a drive-in theater, have lunch in a rotating restaurant, or eat dinner with your favorite Disney pal, there’s something for you. Some people think these are the only restaurants worth visiting in Disney World. What they don’t know is that Disney has really upped their game in the quick-service department, and some of their counter-service places are definitely worth trying as well. We think the food at Flame Tree Barbecue in Animal Kingdom is just as good as what you’d find at many sit-down restaurants.

6. The Best (or Only) Food is Found in the Parks

Think you’ll only find dining options inside the Disney Parks? Think again! There are tons of amazing restaurants on Disney property, and while many are indeed found in the parks, there are many more to be discovered outside the Park gates. The Disney Resort Hotels, for example, play host to some of the most incredible dining experiences in Florida. On top of that, Disney Springs offers a whole host of wonderful eateries. In any case, you definitely won’t want to limit yourself to only what is found in the parks.

7. You Can’t Take Your Own Food Into the Parks

There are people who seem to believe you can’t take your own food into Disney Parks. We understand where this belief would come from. This is, after all, the case at most other theme parks. However, it isn’t true at Disney World. Guests are allowed to bring in outside food and drink as long as there is no glass or alcohol involved. This means you can take some snacks to have between meals and save a few bucks.

8. There’s No Way to Save on Disney Dining

Speaking of saving money, you might be under the impression that there is absolutely no way to save money on dining at Disney. There is though! The “bringing your own food” tip above is one of the best money-saving hacks we know of. Other tricks include…