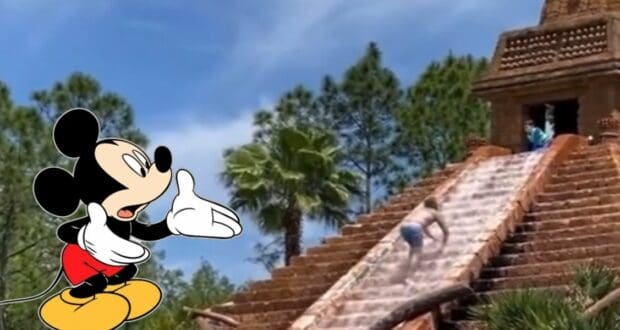 “Where Were the Parents?” – Young Guest Trespasses in Dangerous Disney Climb

It seems one young Guest took Walt Disney’s “it’s kind of fun to do the impossible” quote a little too seriously recently.

Though Disney’s theme parks have a variety of health and safety protocols in place, with thousands of Guests enjoying the magic of Disney Parks daily, accidents, falls, and injuries are sometimes an unwanted occurrence during a trip.

Disney Parks like Magic Kingdom, EPCOT, and Disney’s Hollywood Studios, as well as water parks like Disney’s Blizzard Beach, have seen some crazy incidents and accidents lately – from sunken boats at Splash Mountain to a Cast Member fight about a stroller. And this weekend, one young Guest with an adventurous appetitive created an unsafe situation at a Walt Disney World Resort. 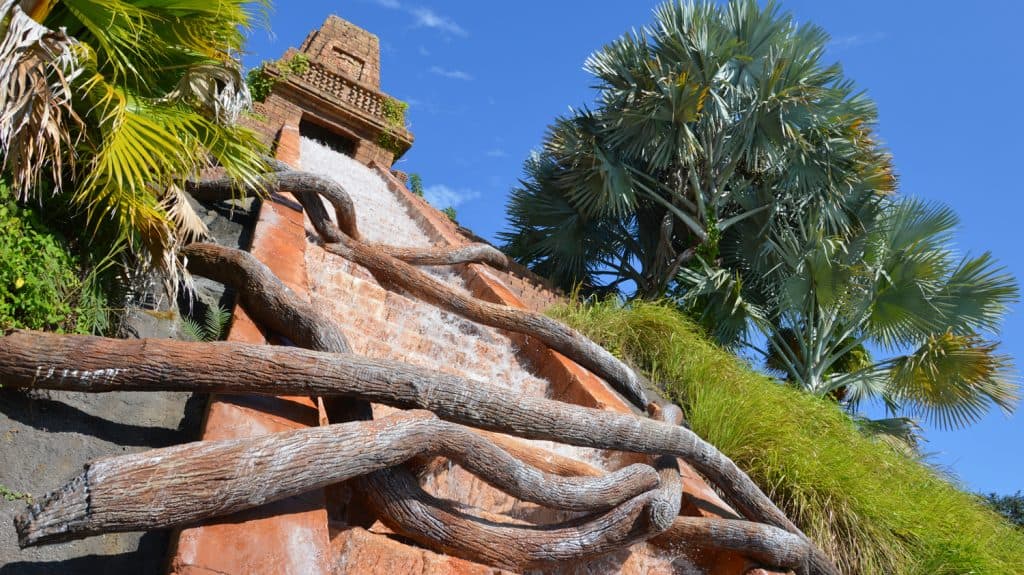 Disney’s Coronado Springs Resort opened back in 1997 and is located in the Animal Kingdom Resort Area. With an American colonial Spanish theme, Coronado Springs is one of Walt Disney World’s Moderate Resort Hotels and features the Maya Grill restaurant, La Marina, and four pools.

The Lost City of Cibola Feature Pool (The Dig Site) is the Resort’s most iconic area, with a huge pool, the largest outdoor hot tub on Walt Disney World property, and a 46-foot, 5-story-tall Mayan pyramid with a water slide.

This iconic pyramid became a talking point of its own this weekend when @magicalwdw shared a video on TikTok on April 17 showing a wild scene at the Coronado Springs Resort at Walt Disney World:

The video shows a young Guest at the very top of the Dig Site’s pyramid while a huge stream of water flows down the giant steps. It is unsure how long the child was at top of the steps, but an adult Guest is seen climbing the pyramid against the flow of water to rescue the child.

It is concerning as to how the child visiting Disney’s Coronado Springs Resort pool was allowed to climb the massive Mayan pyramid waterfall, or how any parent or guardian missed their dangerous antics. One little slip and the day could have ended very differently.

Thankfully, all involved in the incident got down safely. Let’s hope this kind of dangerous situation remains rare at the Walt Disney World Resort in Lake Buena Vista. 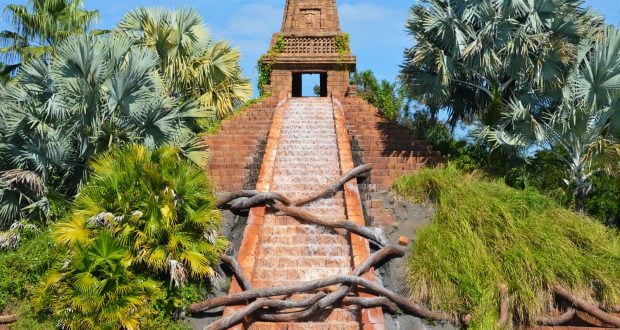 Sun worshipers of all ages will dig the Dig Site, a sprawling pool complex with a Mayan ruins theme. Discover the Lost City of Cibola pool, whose centerpiece is a 50-foot pyramid where weary explorers can revive themselves in the waters streaming down its stone steps. A 123-foot-long waterslide featuring a spitting Jaguar spirit animal makes for a fierce ride.

Remember, Disney has rules against trespassing onto dangerous areas in Magic Kingdom, EPCOT, Disney’s Hollywood Studios, Disney’s Animal Kingdom theme parks, and its Resort Hotels for a reason, so be aware of incidents like this on your next Disney vacation.