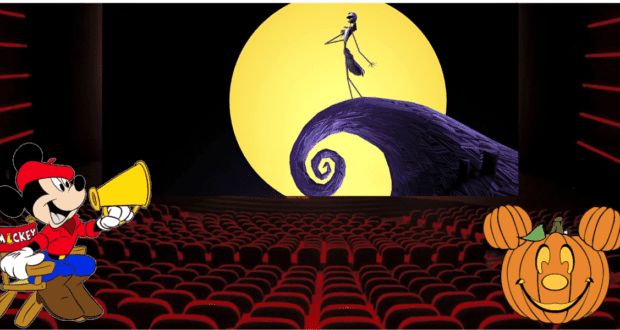 Countdown To Halloween With These Disney Movies

The spookiest time of the year is just around the corner, and we can’t wait to start celebrating it! We’re thinking cosy evenings, hot cocoa, spooky home decor, picking pumpkins, carving Jack-o’-lanterns, and dressing up in the best trick-or-treating costumes. Are you very much ready for it, or are you looking for a little something to get you in the mood?

Now, you may be thinking of attending Mickey’s Not-So-Scary Halloween Party in Walt Disney World’s Magic Kingdom, or the Oogie Boogie Bash at Disney California Adventure. Unfortunately, you are out of luck when it comes to getting tickets for both events, as all dates for both theme park events are now sold out. However, we have just the thing to help get you into the Halloween mood!

Here’s the full list of Disney movies that we always watch to help us countdown to Halloween!

Let’s be honest, it’s not Halloween if you don’t watch Hocus Pocus (1993), right?! But with the highly anticipated sequel, Hocus Pocus 2 (2022) being added to Disney+ on September 30, this year makes for the perfect film night. Grab some popcorn or your favorite Halloween candy and make yourself comfortable for an evening with Bette Midler, Sarah Jessica Parker, and Kathy Najimy, a.k.a. the Sanderson Sisters! 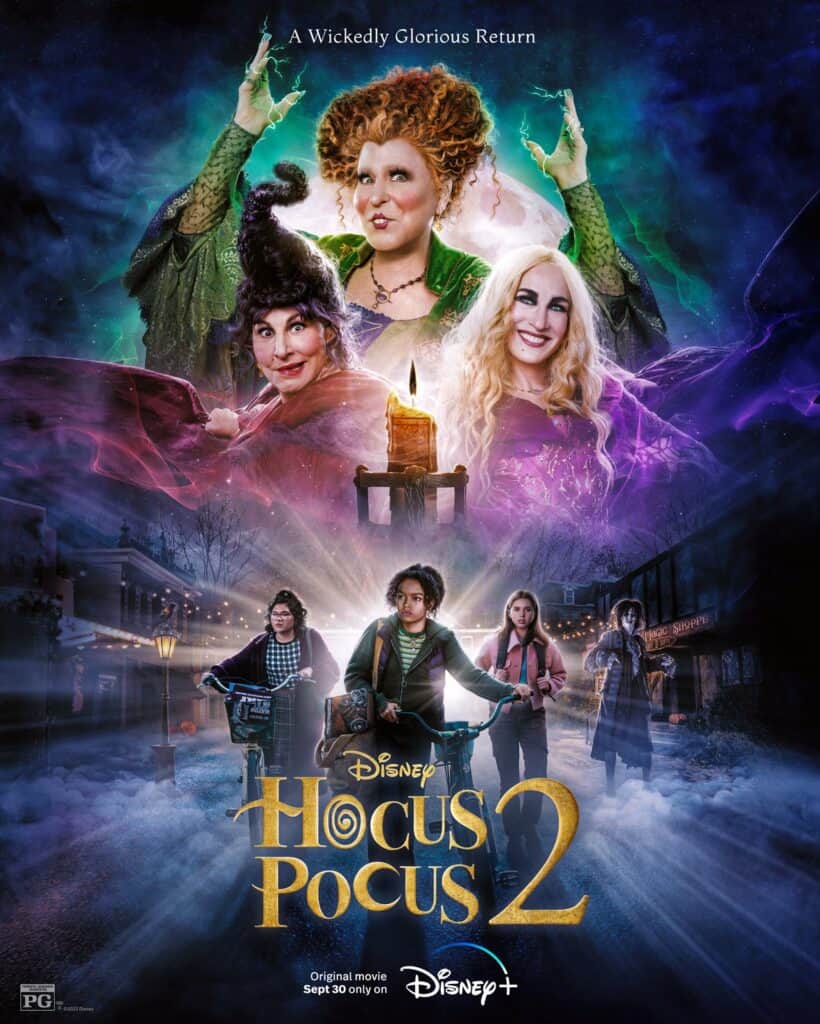 The Nightmare Before Christmas

When do you choose to have a helping of Jack Skellington? Before Halloween, on All Hallow’s Eve, or November 1, when, boom! Christmas is everywhere? Whenever you choose to view it, Tim Burton’s The Nightmare Before Christmas (1993) is a must during the fall. Prepare to sing along with the Pumpkin King, and watch the two biggest celebrations of the year combine to make this iconic Disney movie. 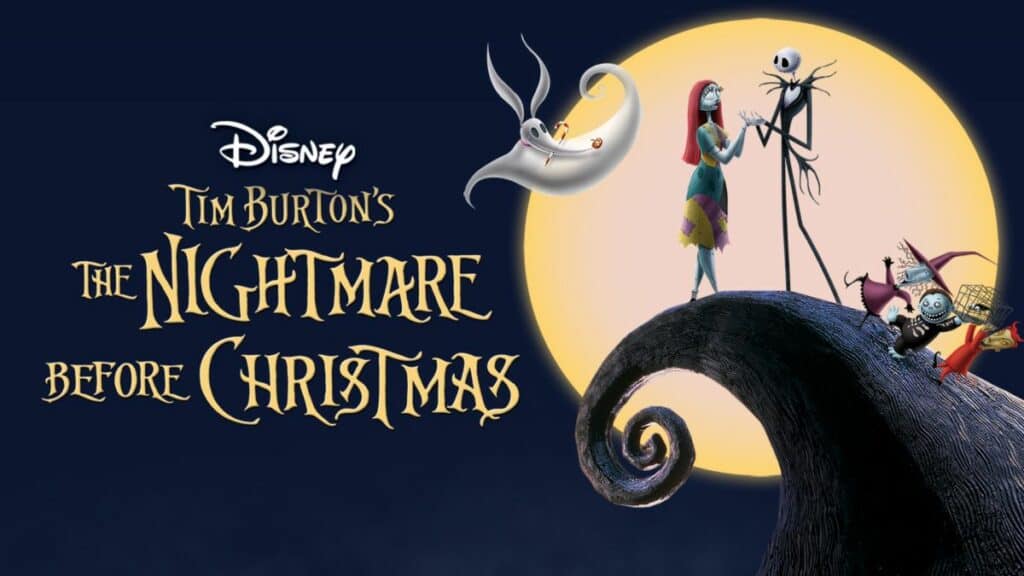 The newest Disney villain to have her chance at being the star of the show, and Emma Stone does not disappoint. Immerse yourself in the story of Estella, who hones her fashion skills to design and create fashion-statement outfits to portray her alter ego, Cruella, in a bid to retrieve her mother’s necklace after it is stolen. If you’re anything like us, Cruella is about to become your new-favorite Disney villain! 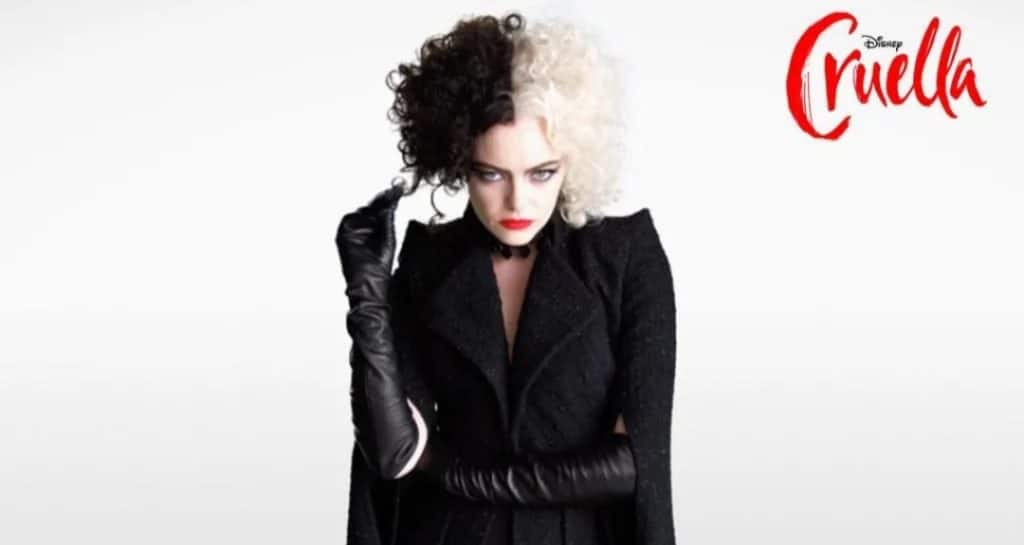 This Disney Channel Original Movie follows a zombie football player, Zed, and a human cheerleader, Addison, who meet and fall in love but must continue to lead their respective groups to coexist together. If you’re in need of more after watching Zombies (2018), then be sure to follow with Zombies 2 (2020) and Zombies 3 (2022).

Directed and choreographed by Kenny Ortega, the Disney Channel Original Movie, Descendants (2015) introduces viewers to the teenage children of Maleficent, the Evil Queen, Jafar and Cruella De Vil. Get ready to watch them attempt to adjust to life outside of their island prison, while on a mission to free their parents from captivity. The fun doesn’t stop there though; the story continues in Descendants 2 (2017) and Descendants 3 (2019).

Angelina Jolie plays Maleficent, the first Disney villain to star in their own movie, and shows Disney fans the real reason why she is the Mistress of All Evil. Maleficent (2014) is an empowering movie where the villain is shown to be a true hero, and displays a real alternative to the true love’s kiss that many of the animated Disney classics portray. If you’re dying to see more of Maleficent’s story, then make sure also to watch the sequel, Maleficent: Mistress of Evil (2019).

While we’re dying to see the new Haunted Mansion movie that is set to be released in March 2023, the first movie to be released, inspired by the iconic Disney attraction will have to suffice for now. Watch Eddie Murphy star as a real-estate agent who comes face to face with 999 happy haunts in The Haunted Mansion (2003). This animated comedy sees the Disney villains take over the House of Mouse. Watch as Mickey Mouse, Minnie, Goofy and Donald try to take their House back from Jafar and his new henchmen including Captain Hook, Cruella De Vil, Ursula and Hades. 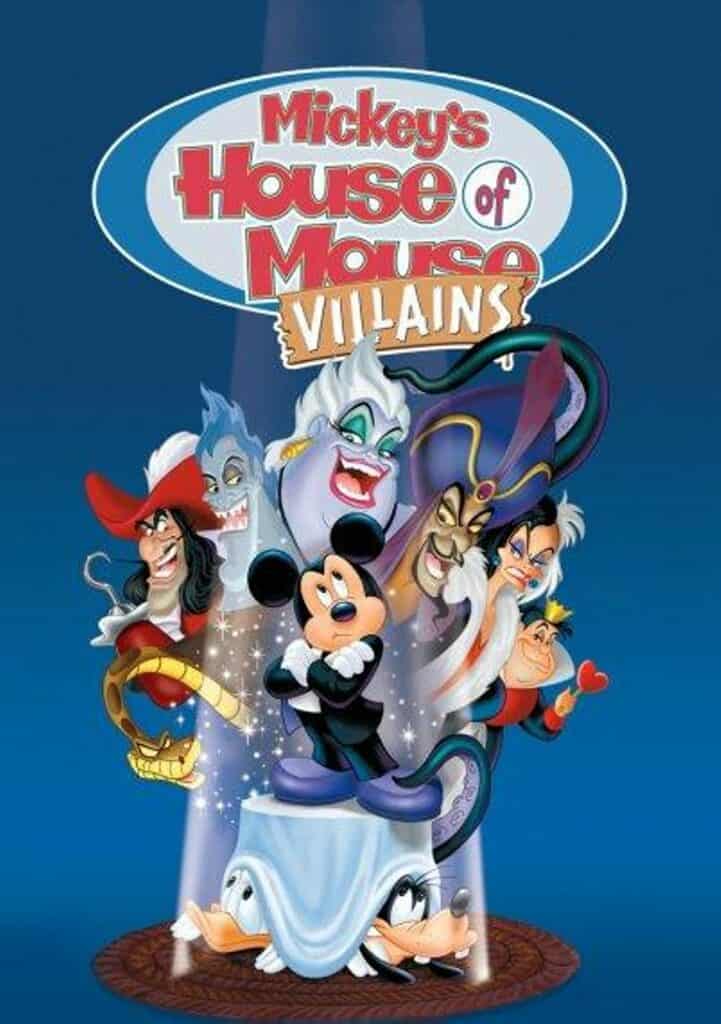 The Adventures of Ichabod & Mr. Toad

If you’re a fan of the Headless Horseman who leads Mickey’s Boo-To-You Parade at Mickey’s Not-So-Scary Halloween Party, then this animated classic is a must. Tune into the second part of this film, which tells the story of The Legend of Sleepy Hollow (1949), starring Bing Crosby.

If you’re a fan of Tim Burton’s work then you won’t want to miss this movie. Frankenweenie (2012) tells the story of a boy who attempts to bring his beloved dog back to life by a powerful scientific experience, after passing away suddenly.

Fans of the Winnie the Pooh stories will know that Heffalump’s can be a little scary at times. Watch little Roo team up with Lumpy to embark on a Halloween adventure filled with bravery, friendship, and teamwork. 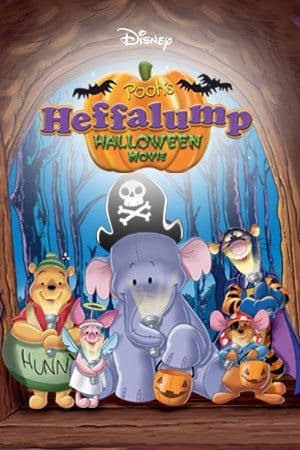 There are two versions of this film to watch: the original Under Wraps (1997); and the remake that was released in 2021. Both comedy films follow three friends who find a mummy in a neighbor’s basement and accidentally revive it. The question is, will they be able to return him to his resting spot before midnight on Halloween?

Into The Woods (2014) stars a cast of huge names, such as Meryl Streep, James Corden, and Emily Blunt, and winds together a story inspired by classic fairy tales, such as Cinderella, Jack and the Beanstalk, and Rapunzel. Watch as a witch makes a childless baker and his wife embark on a three-day adventure. But, will things go to plan?

Get ready to go on another adventure with Woody, Buzz, and friends as a road trip ends up with a flat tire, causing them to have to spend a night in a haunted roadside motel. Will they make it through a series of mysterious events to find a lost toy?

What would you do if you found out your mom was a magical witch, and then discovered you had magical powers yourself? Marnie Piper does just that and decides to sneak after her grandmother to a mystical place called Halloweentown (1998). If you love the classic movie starring Judith Hoag, Kimberly J Brown, and Debbie Reynolds, then you’ll also want to check out the sequels too: Halloweentown 2: Kalabar’s Revenge (2001); Halloweentown High (2004); and Return to Halloweentown (2006).

Remember Tia and Tamera Mowry from Sister-Sister? Well, you won’t want to miss them in this Disney Channel Original Movie. The sisters play two teen witches who meet for the very first time on their 21st birthday, having been separated at birth and adopted by two different families. It’s time for them to unite and use their powers to save the world they were born in, where their birth mother still lives. And if you’re in need of more, then check out Twitches Too (2007) after watching Twitches (2005).

Whilst Halloween may not be on a Friday this year, Freaky Friday (2003) is a great movie to get you into the Halloween mood. Jamie Lee Curtis and Lindsay Lohan star as a mother and daughter who don’t get along, but one freaky Friday causes them to switch bodies making them live each other’s lives for one day. 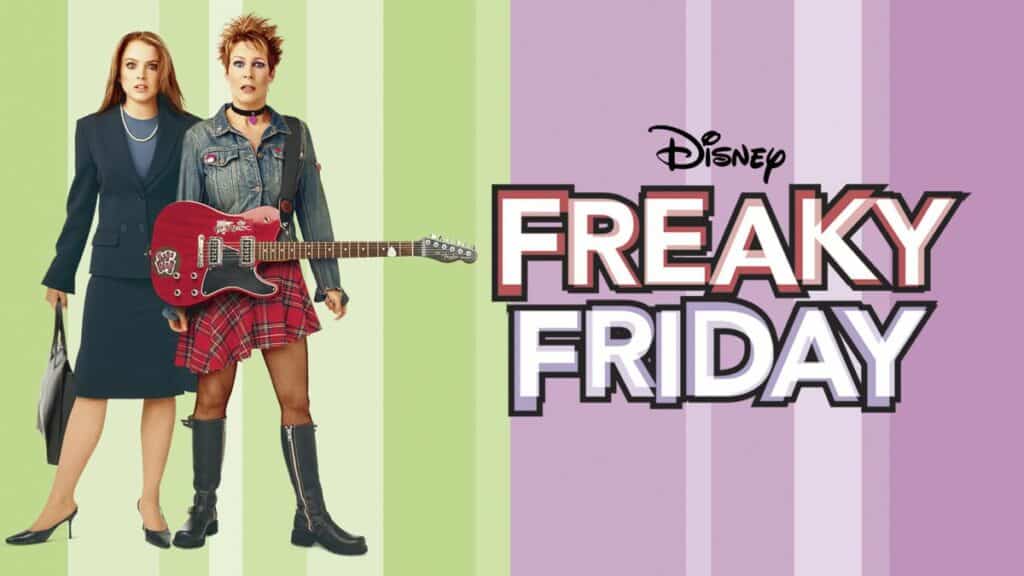 James and the Giant Peach

Inspired by Roald Dahl’s story, James and the Giant Peach (1996) follows a young orphan who embarks on a journey to New York City, after befriending magical insects who live in a giant peach. Will he make it to his destination without being caught by his cruel aunts?

Looking for even more films to add to your Halloween movie list, then add these ones too:

What are you waiting for? It’s time to get into the Halloween spirit! Be sure to plan time to watch these Disney Halloween movies so that you see them all before spooky season ends! Don’t forget to decide which one you’ll watch on Halloween night too! 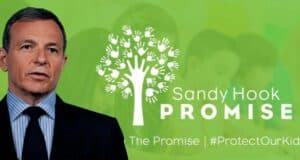 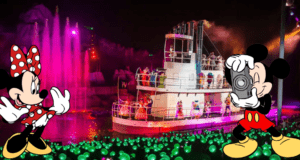 Want to Guarantee a Good Seat for the Fantasmic! Nighttime Spectacular For Less? Try This!