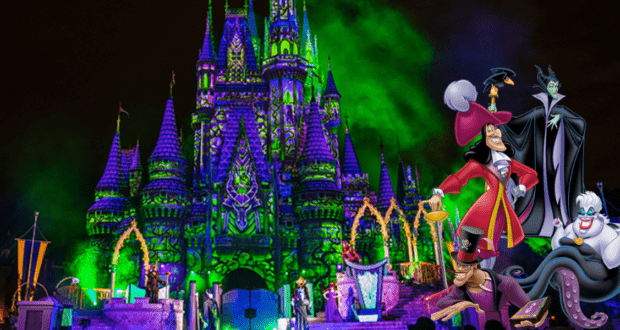 It’s the final day of the D23 Expo, and the most awaited presentation has just finished, A Boundless Future: Disney Parks, Experiences and Products. There were so many exciting things to be announced, with Josh D’Amaro leading the stage, including several new meet-and-greets, new nighttime spectaculars, and exciting lands and attractions that Disney Guests will soon get to experience.

Amongst the new experiences that are coming to the Walt Disney World Resort, there is one that we are particularly excited about. There are several amazing new projects that are in the early stages of planning for Magic Kingdom Park.

Magic Kingdom currently has 7 lands, with Storybook Circus and Fantasyland having been the areas of the theme park that have received the most recent retheming and expansion. Of course, Tomorrowland is currently undergoing an expansion, to allow for the opening of the TRON Ligthtcycle/Run coaster within the next year. But there is a large area surrounding the Disney Park that is soon to be occupied by a brand new expansion.

Josh D’Amaro has teased that Magic Kingdom will expand beyond Big Thunder Mountain in Frontierland, to allow for new lands that will celebrate Coco, Encanto, and the Disney Villains.

The addition of the Disney Villains to the original theme park to open at the Walt Disney World Resort is an exciting addition that is set to come with the new expansion of Magic Kingdom, and one that we truly cannot wait to experience. Whilst there have been the odd celebration for the Disney villains in the Disney Parks in the past, such as Villains After Hours and Club Villain, Mickey’s Not-So-Scary Halloween Party is typically where the Disney Villains get their moment. But they do play a crucial part in each and every Disney story, and it’s about time that were celebrated in a Disney theme park.

We cannot wait to see what the Villains area of Magic Kingdom will look like, and the experiences that Guests will get to enjoy there. Maybe the welcoming of the Villain’s Lair Lounge in Bay Lake Tower has been a promising start to this expansion becoming reality?

We’ll be waiting patiently (or trying to!) for more information on this new addition to Walt Disney World, and will share it with you as soon as we find out!

2022-09-11
Victoria Mills
Previous: JUST IN: ‘Coco’ Could Be Coming to This Walt Disney World Park!
Next: Disney World’s Haunted Mansion Is Getting a Major Update