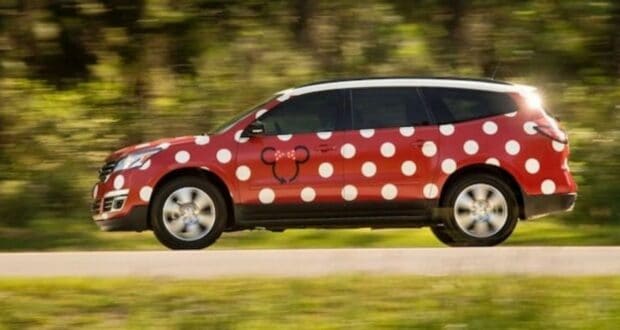 From Monorails to Skyliners, boats, buses, and more… Disney transportation is an attraction in itself. While ending a long Park Day with a bus ride back to a Disney Resort is a magical memory for many, sometimes avoiding the crowds and taking a personal way to and from a Disney Park, Water Park, Disney Springs, or Resort Hotel is the way to go.

When COVID hit in March 2020, the experience closed like the rest of the Disney Park. Now, two years later, Disney has revealed that these adorable vehicles will once again be hitting the road.

@DisneyParks took to TikTok to share the news with a cute video noting, “It really works! Minnie Vans connected by @Lyft are rolling back in this #Summer at #Disney World 🚗 #Disney #DisneyParks #MinnieMouse #ToyCars #MinnieVan #CarTok #Water #Lyft”

Disney notes, “Let us magically whisk you away to select locations within Walt Disney World Resort—and transport you to and from the Orlando International Airport—with 2 convenient services.”

The first service is the “Minnie Van Service-Connected by Lyft – Within Walt Disney World Resort”. This experience will take Guests in and around the Walt Disney World property. The personal ride service can be requested by using the Lyft app on any smartphone. This works for Guests staying at Disney Resort Hotels, visiting Disney Springs, and all Disney World theme parks.

The unique touch is the experience is partnered with Lyft but they are Disney-owned and Disney-operated vehicles. When we’ve used the service in the past, we actually had a Minnie Van driver that was also a Disney bus driver which was incredible and reassuring he knew how to get around Disney property with ease.

Plus, at Magic Kingdom Park, Guests are able to be picked up right at the exit of the Park where the buses are parked. No worries about getting back to the Transportation and Ticket Center like theme park Guests taking a non-Minnie Van Lyft would need to do.

The second service is the Minnie Van Airport Service where Guests can secure a ride from the Orlando International Airport (MCO) to a Disney Resort hotel or select surrounding hotels (and vice versa) up to 6 months in advance.

Pricing will vary for the Minnie Van service within Walt Disney World Resort but was previously slightly higher than your average Lyft driving experience. The cost of the Minnie Van airport service is $155 each way with gratuity not included.

Disney has yet to reveal an exact return date for the Minnie Vans, but notes “this Summer” for them to make their grand return!

2022-03-24
Jamie Sylvester
Previous: Disney Reveals NEW Experiences Coming to Disney’s Animal Kingdom
Next: The Dining Hideaway at Disney That No One Talks About