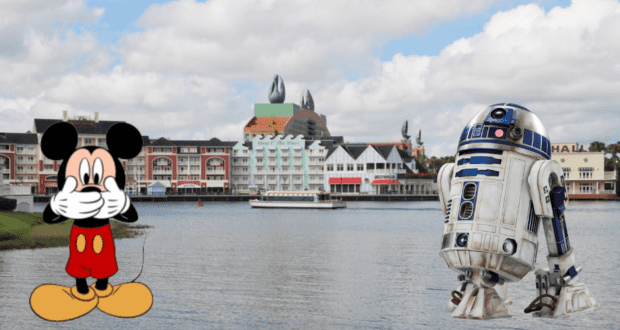 For a property that in area is ‘twice the size of Manhattan,’ the Walt Disney World Resort has remarkably few crimes taking place. During a recent trip to the Resort, however, one Baltimore man reportedly sought to prove weaknesses in Disney’s security system by posing as a Cast Member to move a noticeable item across property.

Click Orlando originally reported that a Guest who identified himself as “David E. Rodgers” had been seen moving a statue of R2-D2 across the street to bring the item onto the property of the Swan Reserve (the latest expansion to open at the Walt Disney World Swan and Dolphin Resort.) 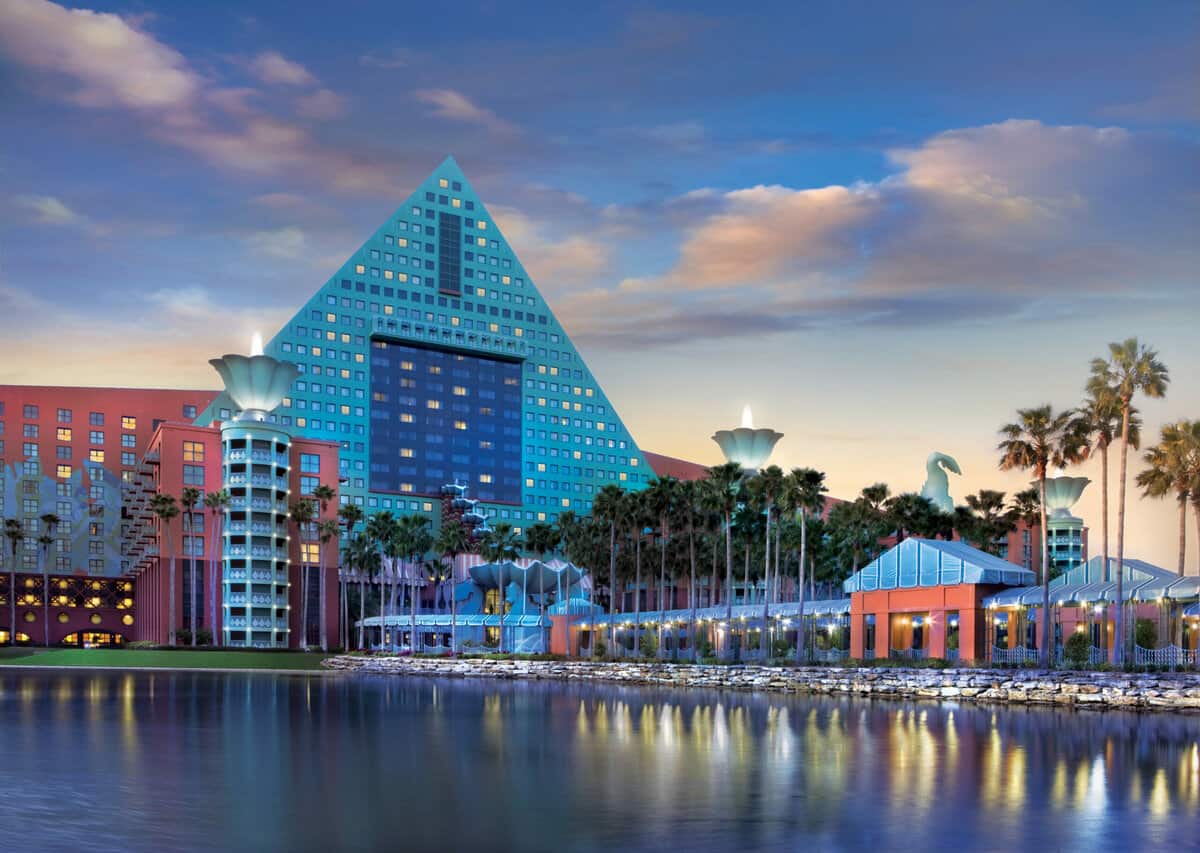 Security Cast Members at the Resort contacted the sheriff’s office after seeing the man pushing a cart containing the statue across the street at an odd location prompting the action to look like suspicious behavior.

As officers were called to the season and the suspect was arrested, he identified himself as “David E. Rodgers,” and pointed to a Disney Cast Member nametag for a worker named “David.” Following the arrest, Disney looked into the man only to find that no record exists within the company for anyone by that name, and authorities confirmed from his identification that his real name was David Proudfoot. 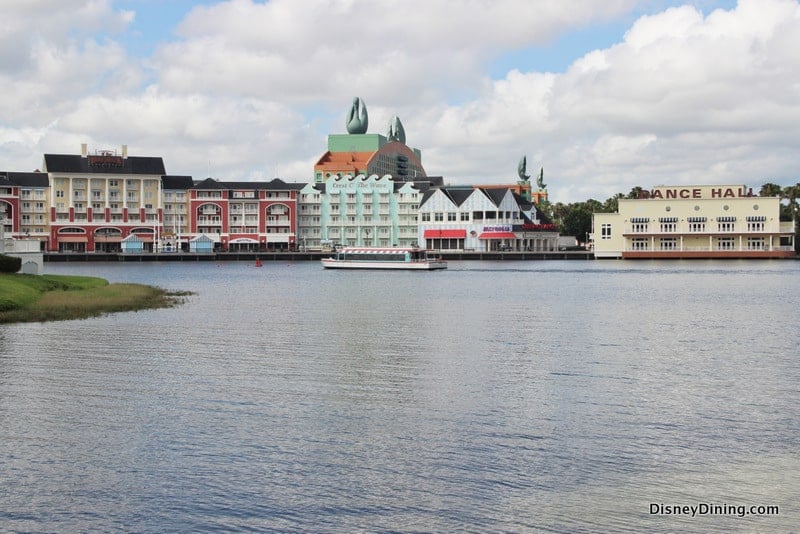 Proudfoot admitted that he took the R2-D2 statue and that he also took an arcade machine from the Swan Reserve, both of which items he was attempting to move to an “unknown location” at the Resort. The R2-D2 statue alone is estimated to be worth about $6,000-10,000.

During questioning, Proudfoot told authorities that he was not attempting to steal the items but rather to show that there are weaknesses in Disney’s security protocols. Investigators also learned that Proudfoot had applied for Disney”s security team in the past and had not been offered a job. 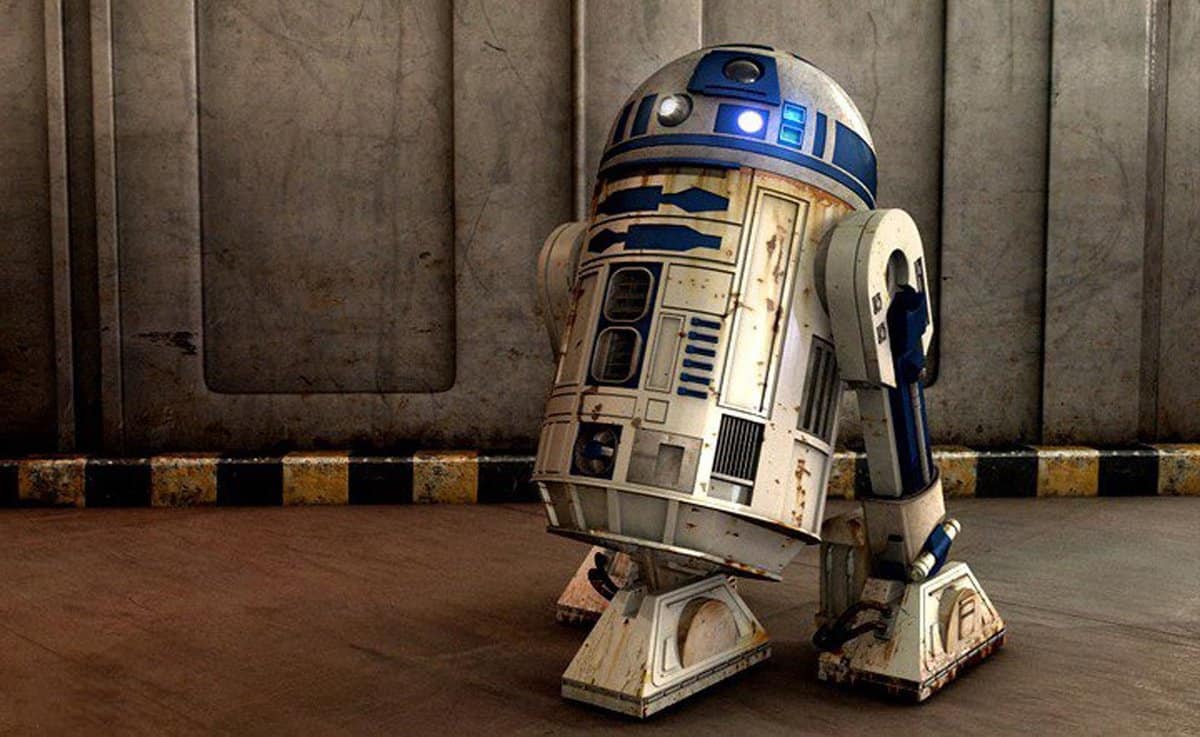 Prior to his latest incident at the Swan Reserve, Proudfoot had a career in education. His last position was as an elementary school principal in Baltimore, MD, which ended when he was charged with theft with investigators estimating that over the course of his career he had stolen about $15,000 from the Baltimore school system.

Since his time in the Baltimore school system, Proudfoot had briefly worked in the Sanford school system, nearby where his hometown of Kissimmee, Florida.