When Disney Parks’ new decorations for the Disney100 Years of Wonder celebration debuted, many Guests responded positively to the purple and platinum designs, while others noticed a historical discrepancy with the opening years for one attraction.
As the 100 Years of Wonder celebration kicks off at the Disneyland Resort in Southern California on January 27, the theme park’s design crew and Walt Disney Imagineering have put together some magical platinum decor in honor of the Company’s 100th anniversary. These include all new adornments for Sleeping Beauty Castle, as well as what appears to be banners on the lampposts throughout Disneyland and Disney California Adventure Park. 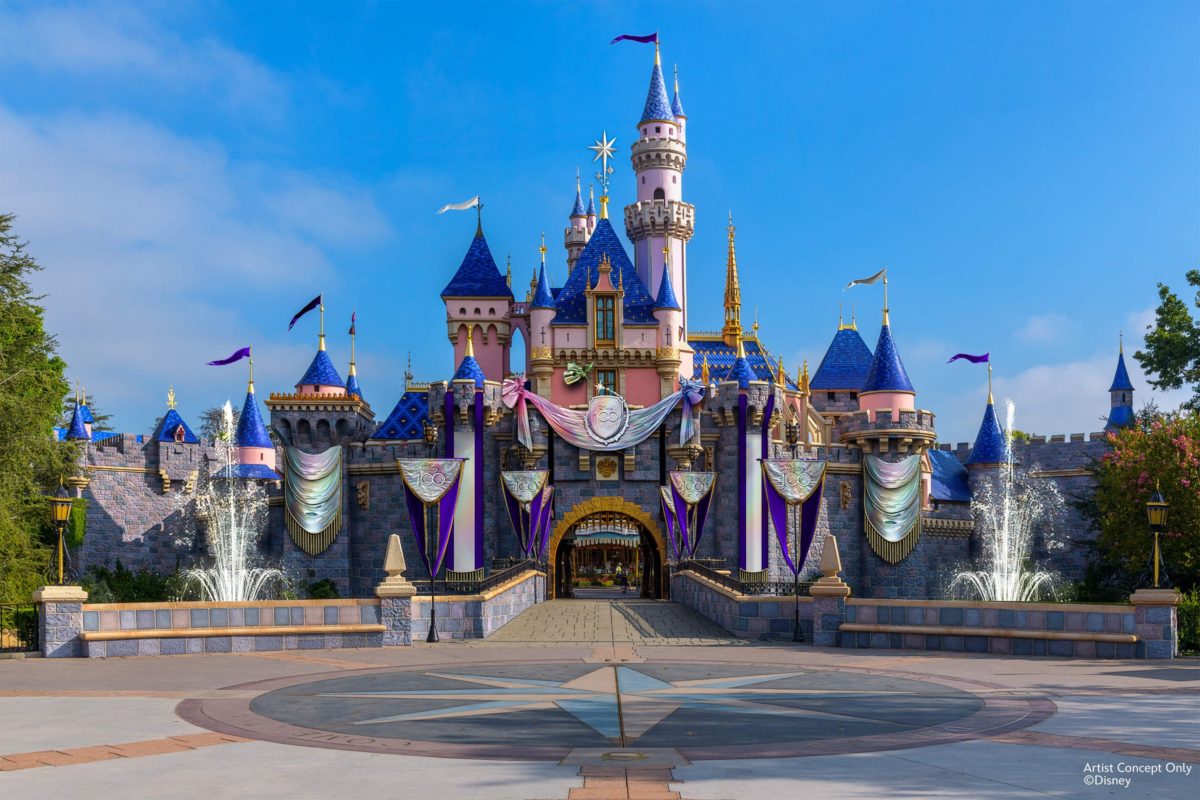 RELATED: Disney Parks Characters to Receive New Outfits For Disney100 Celebration
It looks like these banners include the Disney 100 logo, plus a sparkly circle with the name of a popular classic Disney attraction and its opening year in a platinum name tag motif. For example, some banners spotted by Disney Park Guests have referenced Walt Disney’s Enchanted Tiki Room, Pirates of the Caribbean, and now infamously, the Matterhorn Bobsleds.
When Fantasyland’s Matterhorn Bobsleds opened on June 14, 1959, at Disneyland Park, the tubular steel coaster designed by Arrow Development and Imagineer Bob Gurr was the first rollercoaster at the theme park, and the first of its kind in the world. The thrill ride quickly became a favorite with Park visitors and themed entertainment fans, cementing its legacy as a beloved ride that has been the subject of many historical explorations, including books, video essays, and podcast episodes. 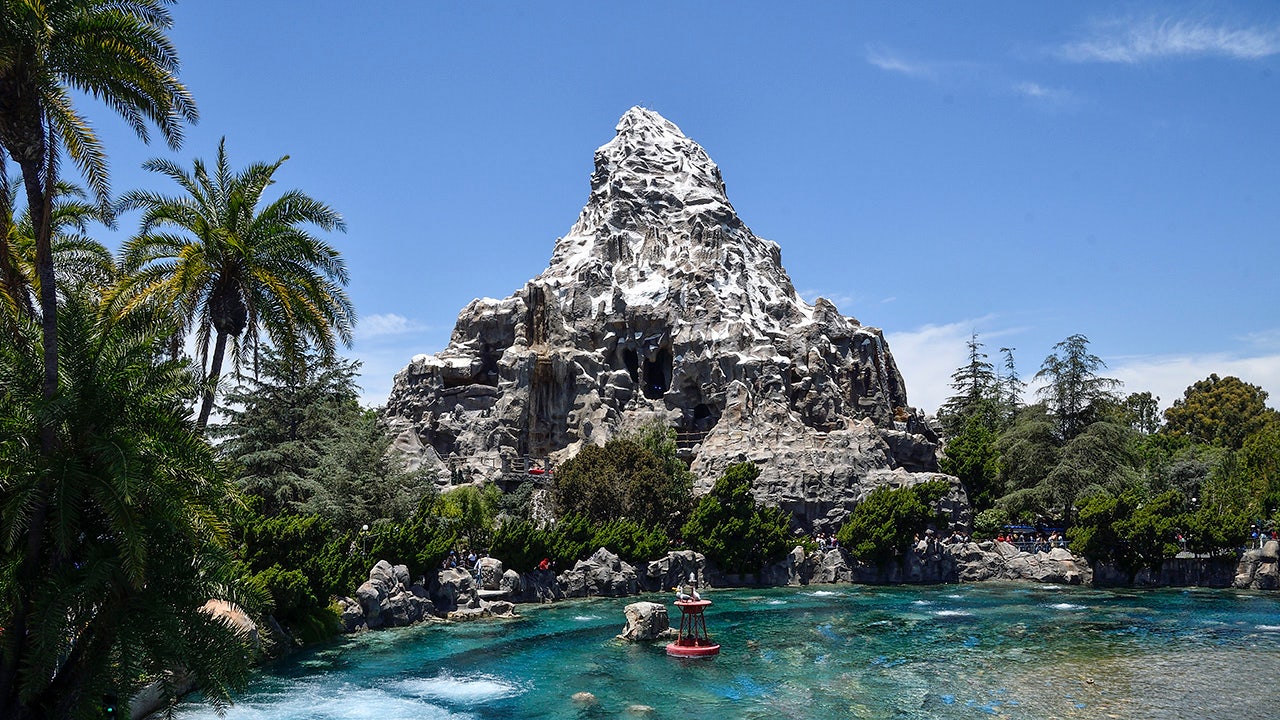 RELATED: The Must-Have Platinum Popcorn Buckets and Sippers For the Disney100 Celebration
So what’s the problem? Well… it turns out the banner does a great job of immortalizing the favorite ride, except for one problem: It got its opening date wrong! As shown in a tweet by Disney Parks archivist Jason Schultz, the Disney100 decor lists the Matterhorn’s opening year as 1955 rather than 1959:

Of course, 1955 is the well-known opening year of Disneyland, which was probably fresh in the mind of whoever wrote this copy/designed the banner. However, the Matterhorn Bobsleds would not open for another four years in 1959, the same year that Sleeping Beauty premiered. Oops! 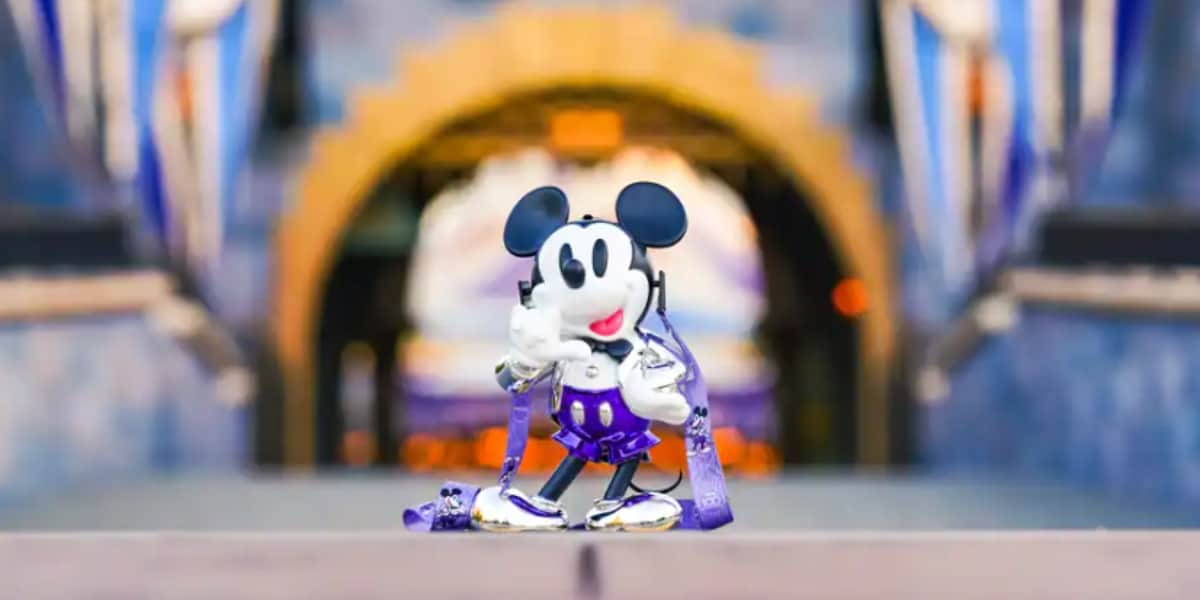 RELATED: Disney Will Provide Free Souvenir to Guests in Celebration of 100th Anniversary

Honestly, it’s not that big of a mistake and likely an easy one to make, even if you’re extremely familiar with Disney Parks history. Whoever is responsible likely just had a lapse of memory, which happens to us all. In fact, Theme Park Duo Podcast even noticed a spacing error on another banner, this time commemorating the opening ceremony of Magic Kingdom at the Walt Disney World Resort, suggesting a possible mistake in printing rather than design:

Who exactly is Walt Disneyworld? Is it Walt’s other other brother? pic.twitter.com/aETNqNvNyG

Now that it’s aware of these typos, Disney Parks & Resorts will likely rectify the situation, and everyone hoping to enjoy the 100 Years of Wonder celebration can live Happily Ever After…

Follow along with DisneyTips as the Disney100 anniversary celebration continues throughout 2023!

2023-01-20
Spencer Beck
Previous: Will This Disney World Attraction Get a ‘Trainsformable’ New Look?
Next: Joffrey’s New Specialty Cocktails Rival Some of Animal Kingdom’s Most Popular Drinks