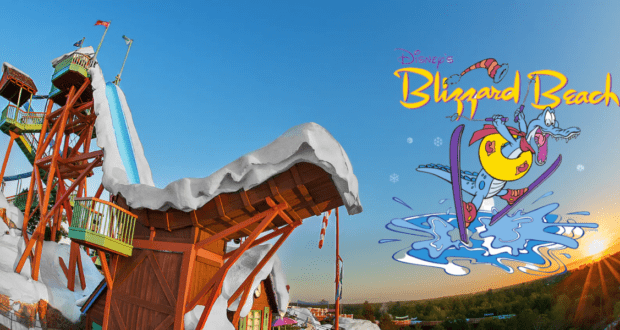 Not only will Guests be able to enjoy all of their favorite attractions in Disney’s Blizzard Beach once more, but they will also be able to enjoy new features inspired by Frozen (2013). EPCOT isn’t going to be the only theme park to see your favorite characters from the hit movie franchise! We’re definitely excited to see and experience the new additions to the Disney water park, so let’s take a look at the history of Disney’s Blizzard Beach. Disney’s Blizzard Beach Water Park officially opened in the Walt Disney World Resort on April 1, 1995, and covers more than 60 acres. The Disney water park was the third to open in Walt Disney World: the first was Disney’s River Country, which was located inside of Disney’s Fort Wilderness Resort; and the second was Disney’s Typhoon Lagoon, which opened in 1989 and is still in operation today, located close to what is now known as Disney Springs.

Located close to Disney’s Coronado Springs Resort and Disney’s All-Star Resorts, Disney’s Blizzard Beach also features one of Disney’s miniature golf courses at its entrance. The theming of the Disney water park makes it the ideal location for Winter Summerland. Guests can embark on an adventure through an off-season retreat designed by Santa Clause himself. Winter Summerland offers two distinctly different miniature golf courses: the ‘Summer’ course, which is inspired by sand; and the ‘Winter’ course, which is inspired by snow. 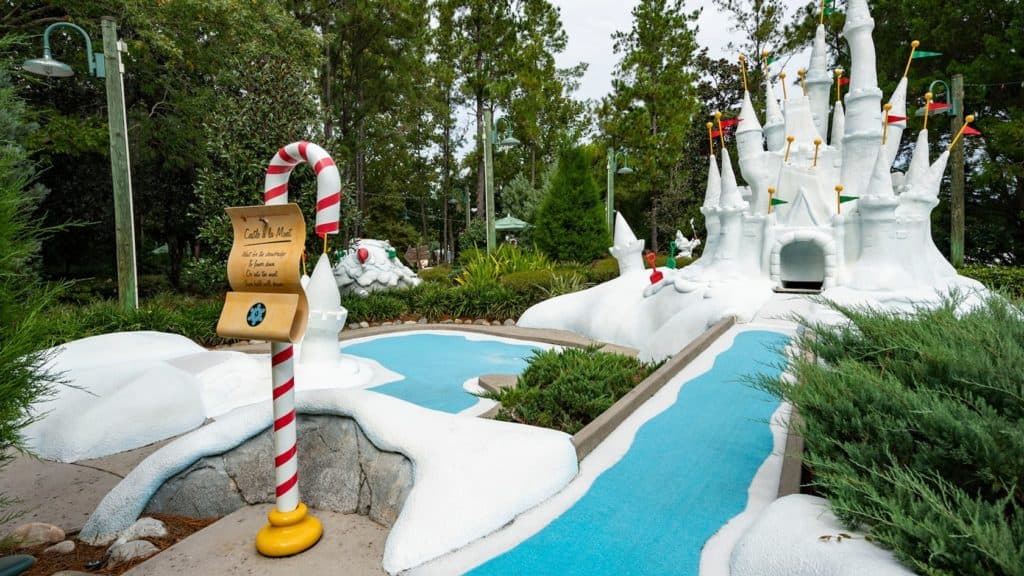 Disney’s Blizzard Beach water park is known as Florida’s first ski resort. Due to the location of the Walt Disney World Resort, it is very rare to see real snowfall in Lake Buena Vista; instead, Guests are more familiar with artificial snow, or indeed snoap! The ski-resort-themed water park allows Guests to experience big thrills as well as ways to chill out in a snow-inspired water playground.

According to legend (or the Disney Imagineers), a freak snowstorm blew through central Florida, offering the perfect conditions for a ski resort. However, it wasn’t long before the snowstorm calmed down, causing the snow to melt. The park that was left behind was full of bobsled and toboggan runs, slippery slopes, and a ski lift.

A friendly Florida alligator, known as Ice Gator, had made the Park his new home, as the melting snow offered the perfect place to cool off from the Floridian heat. Just as the operators were about to close down the ski resort, they were interrupted by a loud yell from the summit of the mountain, followed by the sight of a blue alligator sliding down the mountain at a great speed before landing in a pool of melted snow with a great splash. Ice Gator was to become the mascot when the ski resort was converted into a water park that offered fun theming mixed with fast slides and a wave pool. 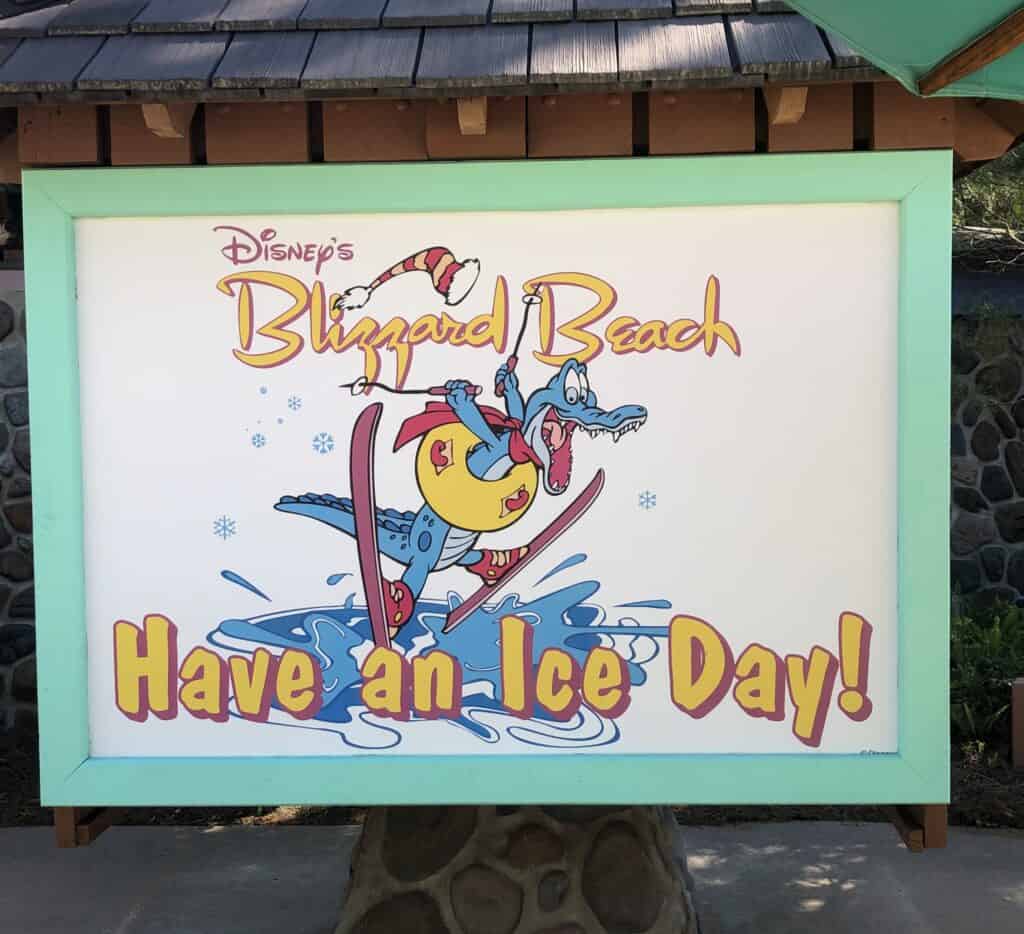 Sitting at the top of Mount Gushmore, is Summit Plummet. The flagship attraction of Disney’s Blizzard Beach is 120m tall and is a free-fall water slide that allows Guests to reach up to 60 mph. Part of the Green Slope, Summit Plummet can be accessed by foot or by the Blizzard Beach Chairlift. Two additional attractions are accessible from the Green Slope: Teamboat Springs which is the world’s longest group whitewater raft adventure; while Slush Gusher is a 90-foot high-speed waterslide that is sure to give you some air time on the way down.

The Purple Slope is the second area of Blizzard Beach that is accessed near one of the attractions located in this part of the water park, the Downhill Double Dipper. Race against a friend in an inner tube, down two side-by-side slides, to see who the best racer is! The Snow Stormers is also accessed from the Purple Slope, where Guests can ride on a toboggan-style mat down one of three snow-capped flumes. For Guests looking for the ultimate race, the Toboggan Racers allows for Guests to use one of 8 lanes on a downhill slalom-style waterslide. It’s perfect for those Guests who like to gain speed while using a mat to save themselves from the often painful ride that a waterslide can give!

Located at the back of Disney’s Blizzard Beach, Runoff Rapids is accessed via the Red Slope. Guests use a tube to rush down three different waterslides: the central slide is fully enclosed; while the other two are open air, winding over, around and under the central slide.

For Guests who’d prefer to enjoy a relaxing day at Disney’s Blizzard Beach, Melt Away Bay is a 1-acre wave pool where Guests can splash around or float on an inner tube. Alternatively, float down Cross Country Creek and enjoy a polar-themed paradise along a 3000-foot lazy river. If you want to test your strength, the Ski Patrol Training Camp offers plenty of tricky obstacles and waterslides to conquer. For the younger Guests in your party, Tike’s Peak is the place to enjoy pint-sized waterslides and activities in a polar-themed wonderland. If you and your party are looking for something a little more exclusive, a Polar Patio can be rented. Each Polar Patio offers space for up to 10 Guests, and includes towels, a locker, iced water all day, and souvenir mugs that entitle Guests to complimentary refills of soda and water throughout their day. Polar Patios are located just a short walk away from the Cross Country Creek lazy river, and in quiet locations around Disney’s Blizzard Beach, offering the most relaxing experience.

Guests can purchase food and beverages from several locations in the Disney water park, including:

Be sure to stop by the Beach Haus and Shade Shack for all of your water park specific merchandise. 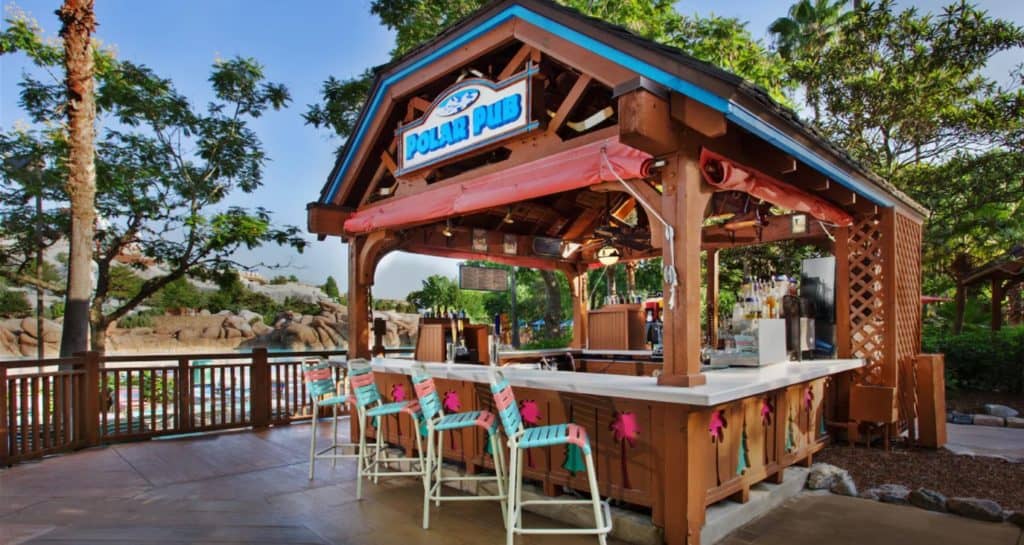 Do you already have plans to visit Disney’s Blizzard Beach once it has re-opened? It isn’t long before we’ll be able to splash around in this winter wonderland once more, with a touch of magic from Elsa, Anna and Olaf! It’s sure to offer you a slower, but no less fun, day away from the Disney Parks.

Walt Disney World tickets allow Guests to access the Disney water parks, if they have a Park Hopper Plus Pass. Alternatively, tickets can be purchased at the entrance. Annual Passholders may be able to get discount on Disney water park tickets; be sure to check with a Cast Member.

2022-10-27
Victoria Mills
Previous: These Seasonal Eats and Treats Are Coming to Animal Kingdom for Thanksgiving
Next: What Is EPCOT, Anyway?