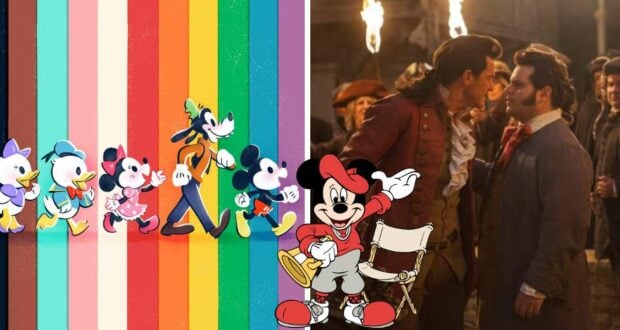 Every Single “First Gay Character” In a Disney Film

While the Walt Disney Animation Studios have included an LGBTQ+ character within a production around 17 times, many are relegated to the “first gay character” in a Disney film. Over the years, across Walt Disney Animation Studios, Disney Television Animation, Disney Channel, and Disney+, more creators have taken the necessary steps to introduce a broader range of representation.

However, for some reason, even as the number of canon LGBTQ+ characters grows, Disney seems intent on advertising more than one as the “first of its kind.” Honestly, it makes them harder to remember, especially when some of them have had small (and thus forgettable) roles. 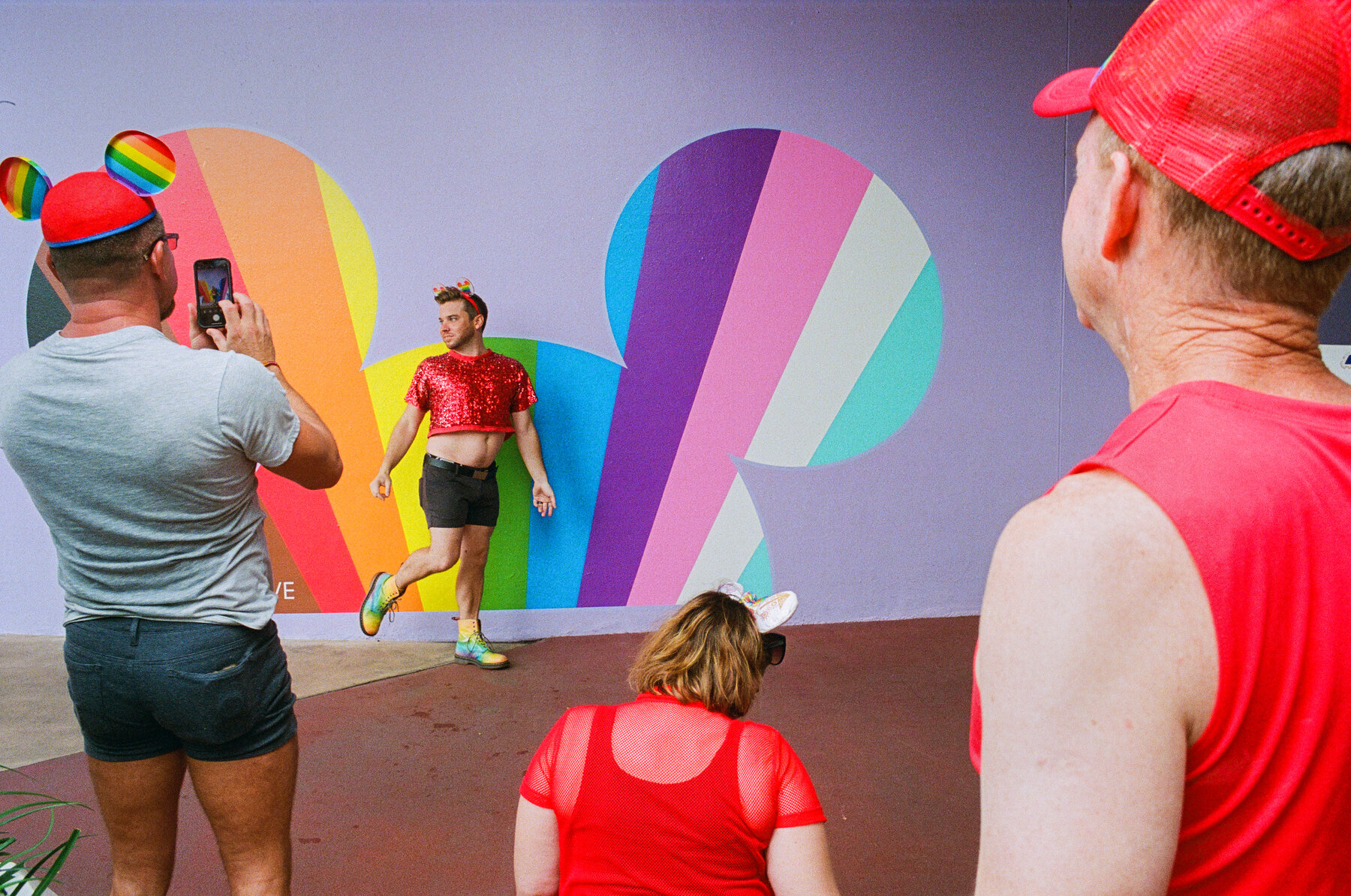 If you need a bit of a refresher, then you’re in luck! Here’s a roundup of every “first gay Disney character:”

Allegedly, Judy Hopps two “noisy” antelope neighbors in Zootopia (2016) comprise Pixar’s first gay married couple, although the pair are never seen together in a romantic sense. Instead, a fan realized they’re listed with the same last hyphenated name in the film’s credits, which means they’re either cohabitating because they’re married… or related with hyphenated parents?

Unfortunately, this next couple’s relationship is almost just as vague, despite the backlash it received. During a three-second scene in Finding Dory (2016), a mother picks up her baby’s sippy cup to find Ellen Degeneres’ Dory in it, then she and the woman behind her react, though it’s never confirmed on screen if they’re the child’s moms or just two friends.

Luckily, the revisited version of Gaston’s comedic sidekick offers a more concrete representation. In 2017’s live-action Beauty and the Beast, Gaston isn’t just an arrogant hunter, he’s a war hero responsible for saving the entire town of Villeneuve, and LeFou’s own life. Therefore, LeFou holds a candle for his best friend throughout the film, giving a new tone to “Gaston” where he sings the villain’s praises, but in the end, he ends up sharing a sweet (if fleeting) waltz with the background character Stanley.

Sidenote: In the 1991 version, Stanley, one of the characters named during “Gaston,” is an old farmer. However, in the live-action, he’s the mobbing villager attacked by Belle’s wardrobe, though instead of playing it off as a Mrs. Doubtfire-esque transphobic gag, he embraces the fashionable gown and makeup she accosts him with to her approval. 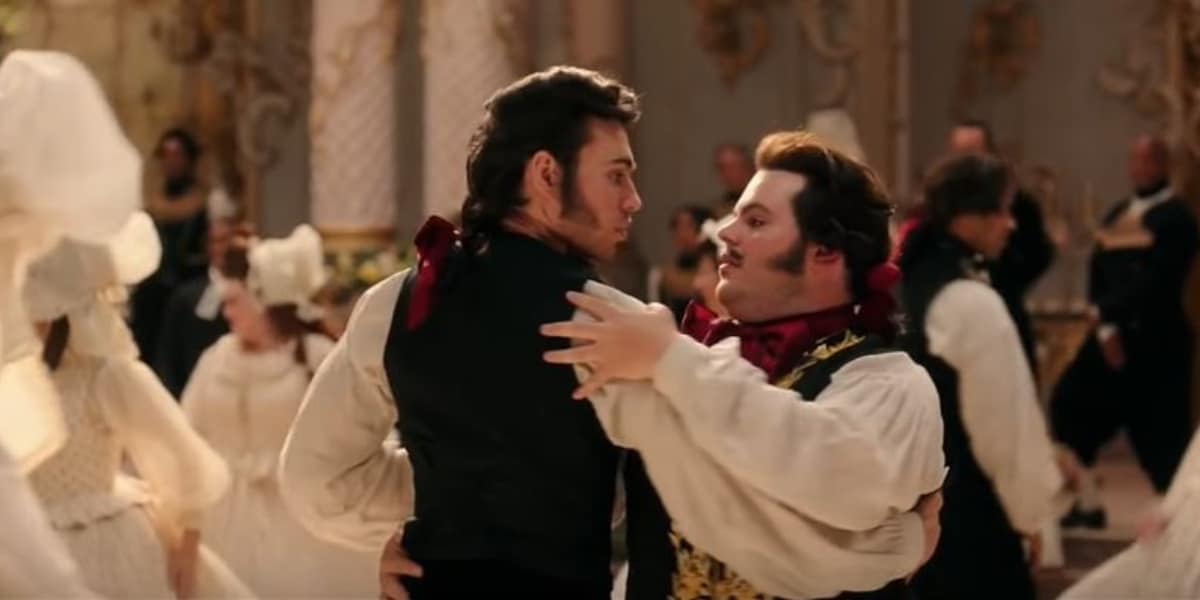 During one scene in the nostalgia-inducing Toy Story 4 (2019), another mother duo parents their son. Despite the scene comprising about a second of background animation featuring a normal family interaction, problematic fundamentalist groups labeled it “dangerous.”

Disney certainly over-hyped the Cyclops police officer/stepmother (Cycops?) in Onward (2020) who says exactly one line complaining about her wife’s child, then leaves.

Supposedly, the closeted brother of Jungle Cruise’s (2021) female lead was “Disney’s first major gay character,” despite LeFou’s debut in 2017. MacGregor discusses his family’s rejection after he refuses to marry because his “interests happily lie elsewhere,” and audiences are just meant to understand that means he’s gay. 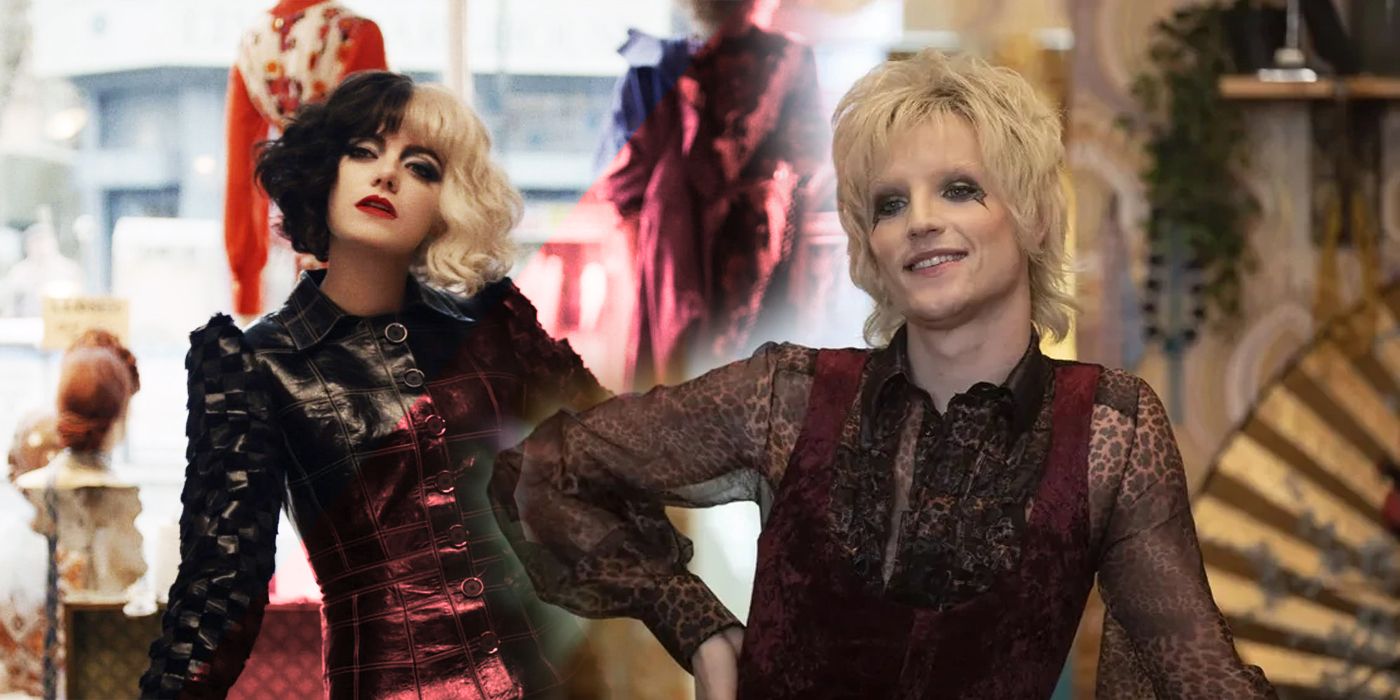 Once again, many claimed Artie as “Disney’s first major gay character” at the expense of MacGregor and LeFou. His major contribution to Cruella’s origin story in the 2021 live-action seems to be fulfilling a “sassy gay best friend” stereotype and being morally ambiguous at best.

This iconic couple hails from Disney+’s High School Musical: The Musical: The Series. In season one, Seb plays a gender-bent Sharpay which combines elements of Ryan’s campy character, while Carlos choreographs for the drama department, and they have an adorable slow burn that also examines queer stereotypes and coming-of-age themes.

In another win for Pixar, the “first on-screen” kiss between Buzz Lightyear’s commanding officer, Alisha, and her wife in the 2022 film almost never was, as Disney almost forced animators to cut it due to overseas censorship laws and conservative backlash. Yet, it prevailed, and audiences got to see the fulfilling progression of their relationship over time through montage.

Pixar’s latest film this year, Strange World (2022), featured its first on-screen “teen” romance between the youngest Clade family member and a classmate he has a crush on. Sadly, the film underperformed during its theatrical release, with many speculating the film’s overall diversity contributed to its box office failures. 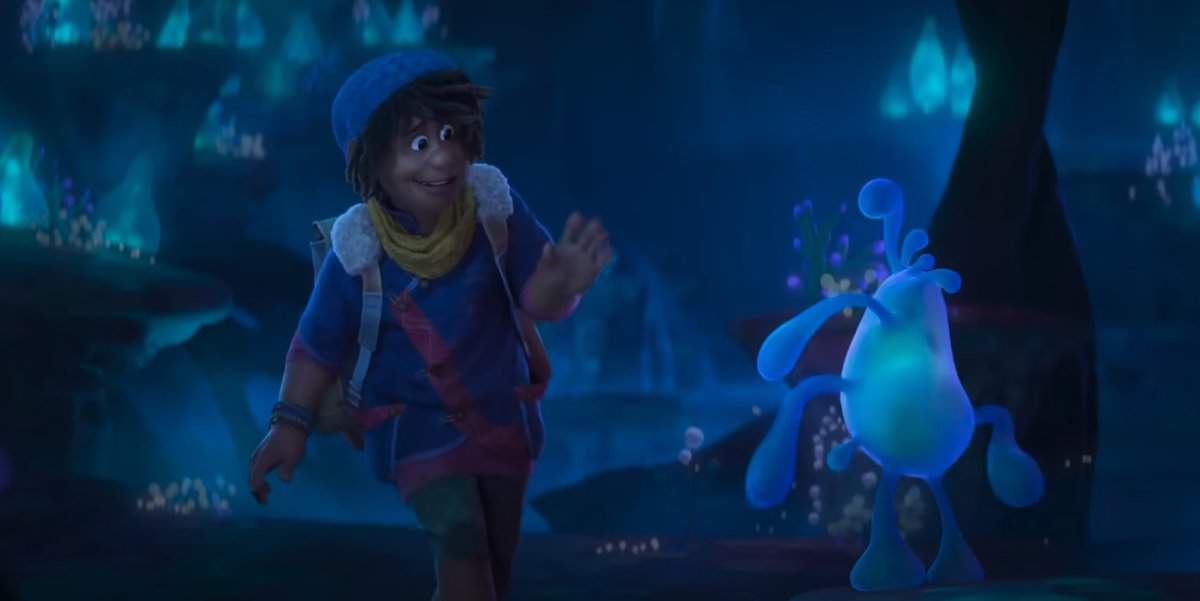 Of course, we can’t forget the honorable mentions from Marvel Studios and Star Wars, including Valkyrie, Phastos, Larma D’Acy and Wrobie Tyce (whose split-second kiss spawned the “Live Slug Reaction” meme), and the infamous Gay Joe Russo in Avengers Endgame (2019), a man who talks for a few seconds about his boyfriend in one scene. Though many of these characters don’t constitute more than the bare minimum of LGBTQ+ representation… At least they’re good for a laugh.

We can only hope as time goes on, Disney will allow more quality gay characters to grace the big screen for the first time.