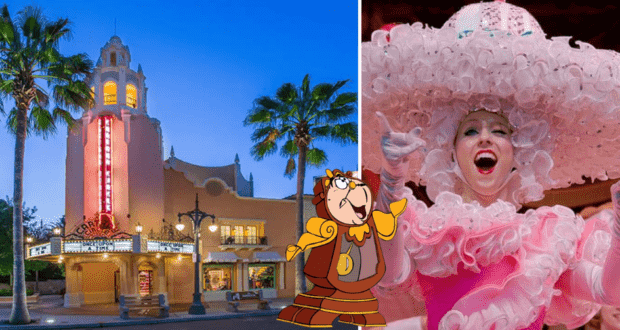 We are happy to announce that yet another popular Walt Disney World offering has made its way back to the Resort in its original form. Beauty and the Beast Live on Stage returned to Disney’s Hollywood Studios several months ago, after its closure due to the pandemic.

Although this thrilled fans of the beloved show, the theatrical presentation was not complete, with some of its elements clearly missing. Several of the Disney performers returned, but many did not, leaving Guests pining for the full show they knew and loved.

OMG ICE CREAM LADY AND THE REST OF THE CAST IS BACK AT BEAUTY AND THE BEAST LIVE ON STAGE THIS IS NOT A DRILL. pic.twitter.com/kH8oQWnNAf

A few days ago, a tweet posted by @ThatDisneyBoi surprised avid Disney fans with news that the full cast was back! A popular character from the Beauty & the Beast Live on Stage show particularly excited onlookers.

Know as the “Ice Cream Lady,” the performer is a beloved part of the production! Donning a bubble gum pink gown with all the frills and thrills you can imagine, the familiar face delighted onlookers at Disney’s Hollywood Studios. 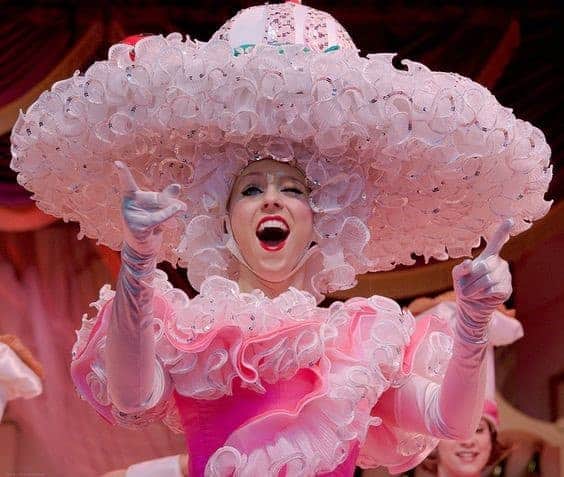 Beauty & the Beast Live on Stage is a thirty-minute musical performance that tells the story of the popular Disney classic, Beauty and the Beast (1991). Disney describes it as a “lavish Broad-way-style musical version” of the film.

Located on Sunset Boulevard, the story of Belle and her Beast come to life in a performance filled with elaborate costumes, beautiful scenery, and the enchanting music fans adore from the movie. Guests of Walt Disney World Resort can check the entertainment schedule on the My Disney Experience App for daily showtimes. Be aware that the Hollywood Studios show takes place outdoors, which means it could be canceled if the weather is not permitting. Beauty & the Beast Live on Stage first opened on November 22, 1991, which is the same day the film was released.

Since then, it’s brought countless smiles to Disney Park Guests who love this tale as old as time. We’re glad to hear the show is back in its entirety with the full cast in tow!