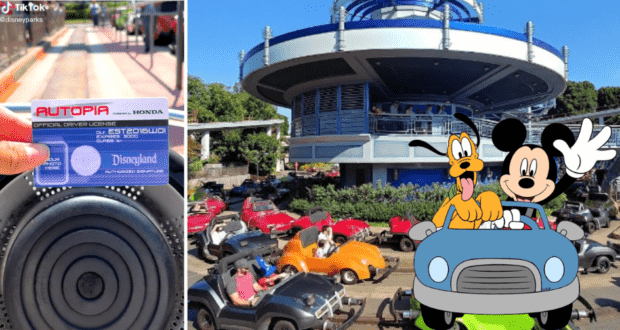 Get Your Driver’s License at Autopia!

Did you know that when you ride Autopia at Disneyland Resort, you’ll receive a souvenir Driver’s License to take home with you? Disney Parks recently posted an entertaining expectation versus reality TikTok showcasing the license, as well as part of the ride.

The unique card features the Autopia logo in red and says Official Drivers License on the front. It comes with its own number and has an expiration date of 3000! The license is offered to Guests in line and is a favorite of little ones eager for their chance to get behind the wheel of their own car. The majority of the card is blue, with Disneyland’s iconic logo near the bottom.

This is one of the fun freebies Guests can get their hands on at Disneyland Resort, in addition to items like buttons and stickers. In the video, the driver is seen navigating their Autopia vehicle to an upbeat soundtrack.

The caption says, “Expectation,” while the video displays an idyllic version of the ride, with a smooth drive through lush scenery as the Monorail passes by. But then, in a comical turn of events, the “Reality” of the ride sets in, with the automobile veering and swerving along its center track!

The music amusingly turns from upbeat to laughable, with a person humming along as the car shoots left and right. Autopia is a unique attraction at Disneyland Park.

It’s the only Tomorrowland experience that dates back to Disneyland’s opening day in 1955. The ride has undergone several changes over the years. Although the road and cars have been updated, the theme of the ride remains the same. 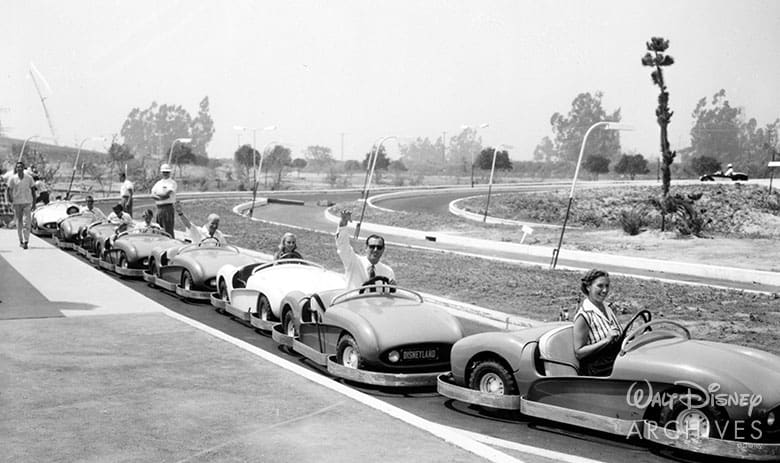 It’s really just an excuse for kids to play adults! It was one of my personal favorites growing up for that very reason. The ride features a working gas pedal, which is oftentimes easier for a parent to press while their child steers.

So, if you haven’t gotten your driver’s license yet, head down to Disneyland for the best one you’ll ever receive!