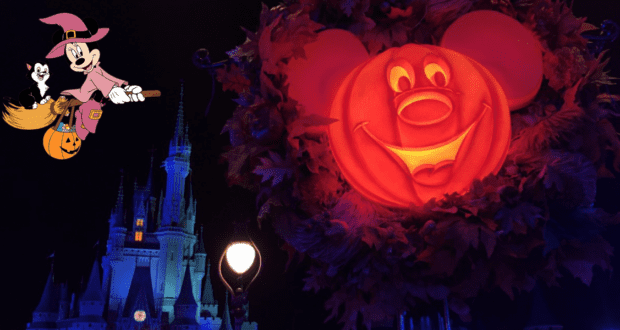 This last week has been a very exciting week in the Disney community, particularly for Guests who love Halloween.

The Halfway to Halloween celebrations this week have confirmed the return of Mickey’s Not-So-Scary Halloween Party to Magic Kingdom Park this year. Beginning August 12 and running through to October 31, this ticketed event allows Guests to celebrate Halloween the Disney way on select nights. 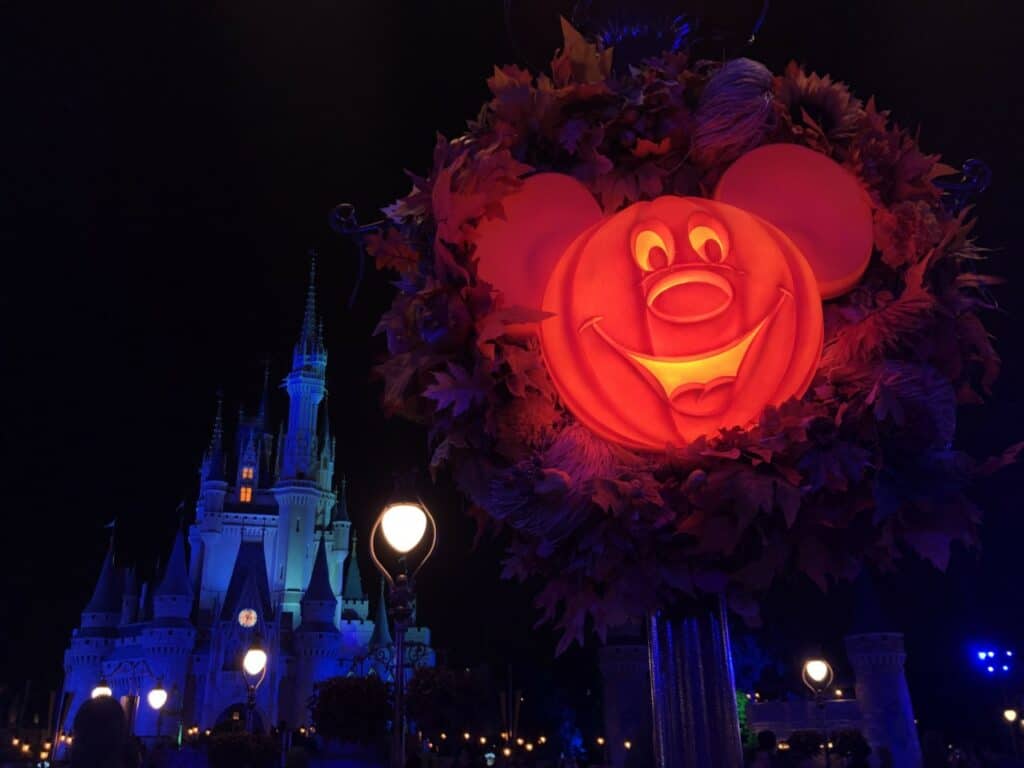 Tickets for Mickey’s Not-So-Scary Halloween Party go on sale shortly. Walt Disney World Resort hotel Guests can purchase their tickets on May 12; all other Guests can purchase tickets online from May 18. With prices varying according to the Party night that you wish to attend, you may be wondering if it’s really worth spending the extra dollar.

Let us help, and tell you exactly why you don’t want to miss out on this spooky spectacular event at Walt Disney World! Once you’ve experienced Disney Halloween, you won’t want to celebrate the season any other way!

Tickets for Mickey’s Not-So-Scary Halloween Party allow all Guests to enter Magic Kingdom from 4:00 p.m. Whilst the Halloween celebrations don’t begin until 7:00 p.m., this early entry to the Disney theme park ensures that you are inside the Magic Kingdom, ready to embrace everything that is spooky from the second the Party begins.

Guests attending this exclusive event will receive a wristband that is required to be worn throughout the evening, so they can enjoy all of the festivities. Wristbands are given to Guests from 4:00 p.m. onwards. Expect a line initially ahead of the Party Guest entry time, but once you have your wristband you are free to enjoy Magic Kingdom.

Early theme park entry with the Mickey’s Halloween Party ticket works a treat for those Guests who are visiting the Walt Disney World Resort without an Annual Pass or Walt Disney World tickets. Entering Magic Kingdom at 4:00 p.m. and staying until the Party ends at 12:00 a.m. will give you 8 hours of this unique Disney experience. 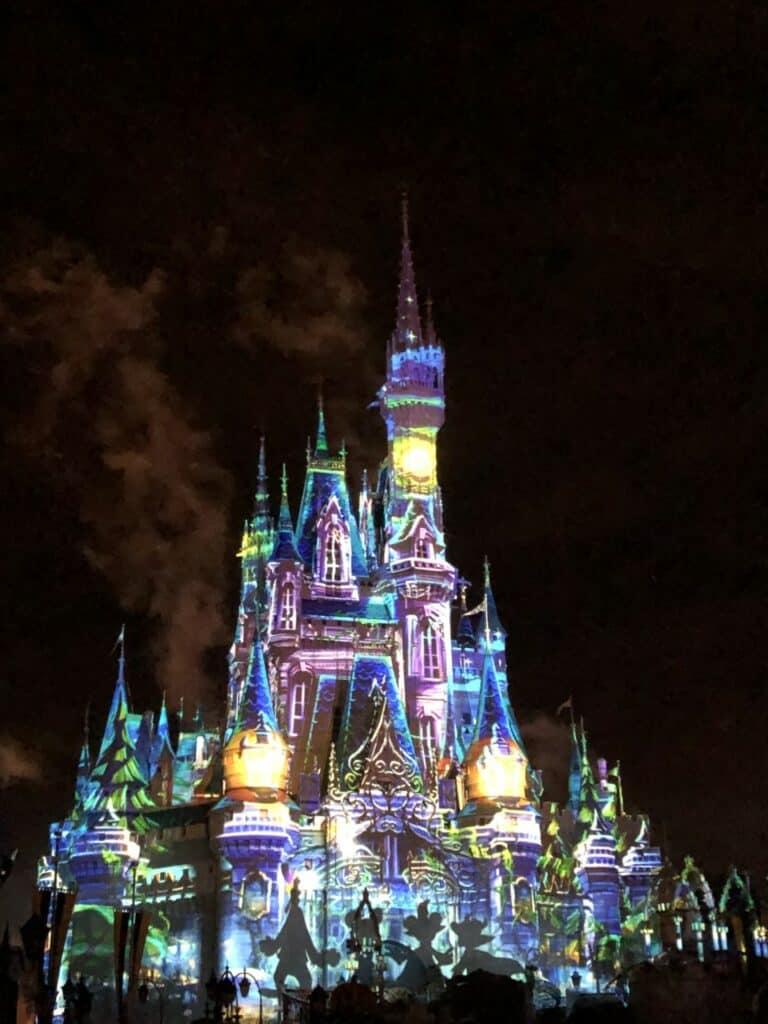 It’s not every day you get to trick-or-treat around a Disney Park, is it? But Mickey’s Not-So-Scary Halloween Party allows every Guest to do just that. Prepare to fill your goodie bags with as much candy as you can; Guests can move through trails throughout Magic Kingdom as many times as they like. What’s even more special, is you’ll get to experience favorite attractions and locations in a new way. Trick-or-treat trails include the Country Bear Jamboree, Monsters Inc. Laugh Floor, and Pinocchio’s Village Haus.

Make your trick-or-treating experience even more special by dressing up for the occasion. Part of the spooky fun is to don a Halloween costume. Why not dress like your favorite Disney character, or a Disney icon or attraction? Not only is it incredible fun, but it’ll make your photos from the evening even more magical!

An evening at Mickey’s Not-So-Scary Halloween Party isn’t complete if you don’t see the Headless Horseman ride through Magic Kingdom. Secure your spot along the parade route, from Frontierland through Liberty Square, and past Cinderella Castle, down Main Street U.S.A., and around Town Square, ahead of the Halloween Parade. Listen carefully for the sounds of hooves, as the lights dim, and the music builds. The Headless Horseman will soon come into view and let us tell you, it’s a special moment. Don’t be surprised if you feel chills down your spine! 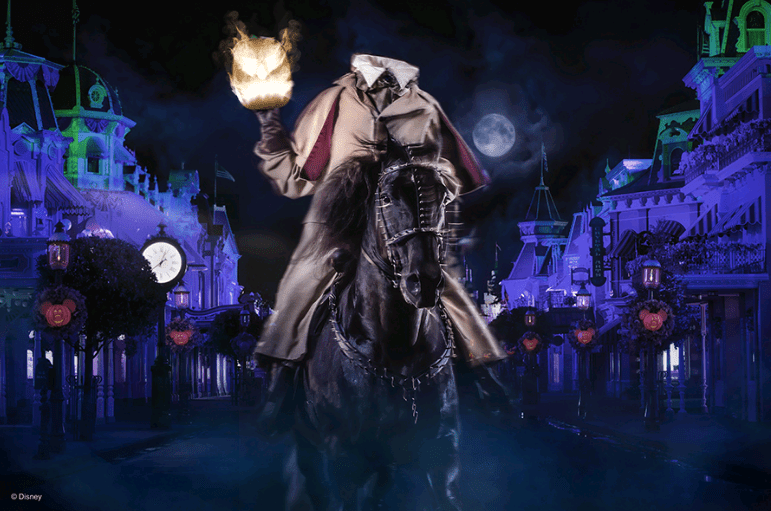 Mickey’s Boo To You Parade

You are in for an absolute treat during Mickey’s Halloween Party. Guests are treated to, what some would say (us included), the BEST Disney parade that you will ever see. For a start, the soundtrack is magical, incredibly catchy, and one that you can’t help but dance to!

Not only will you see your favorite Disney characters feature in this spellbinding parade, but unique characters too. 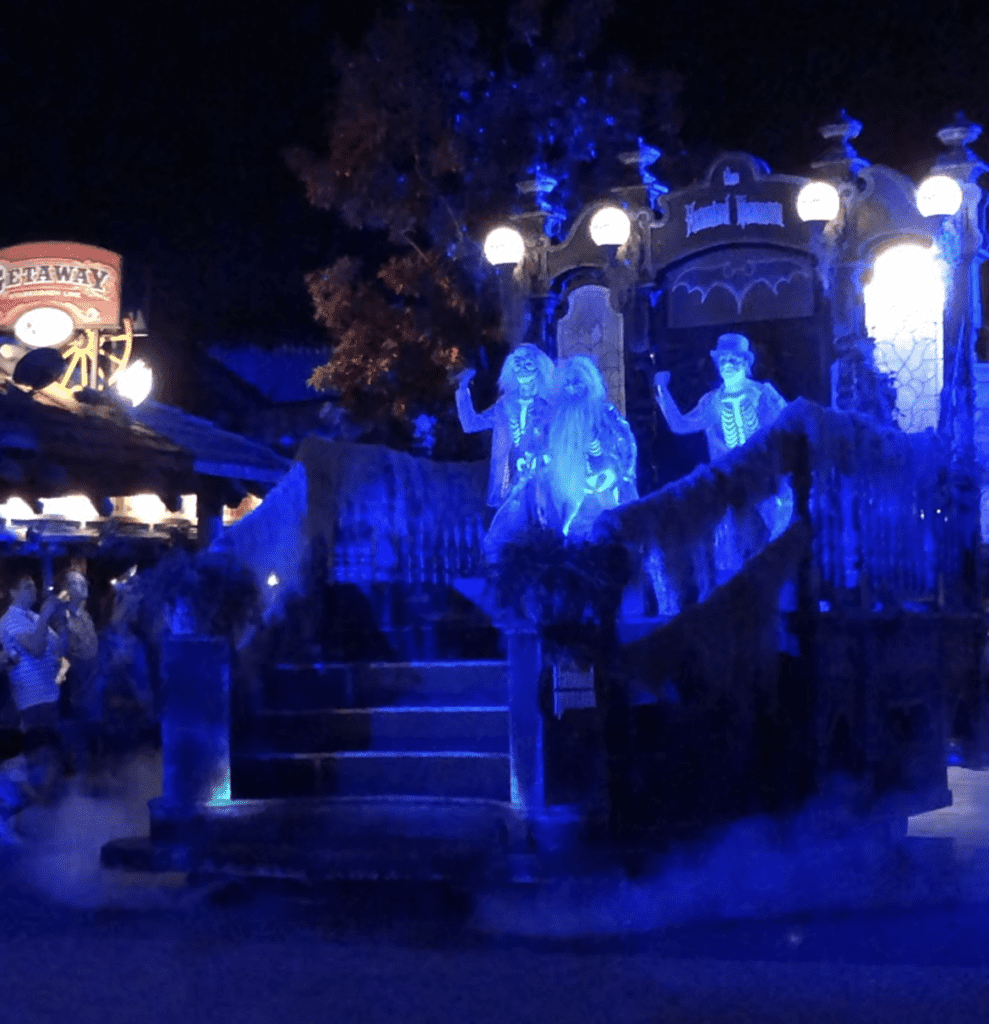 The Haunted Mansion section of this parade is enough to make you glad that you stopped to watch. We’re talking, gravediggers, Hitchhiking Ghosts, ballroom ghosts, and of course Constance Hatchaway, the famous Haunted Mansion bride. 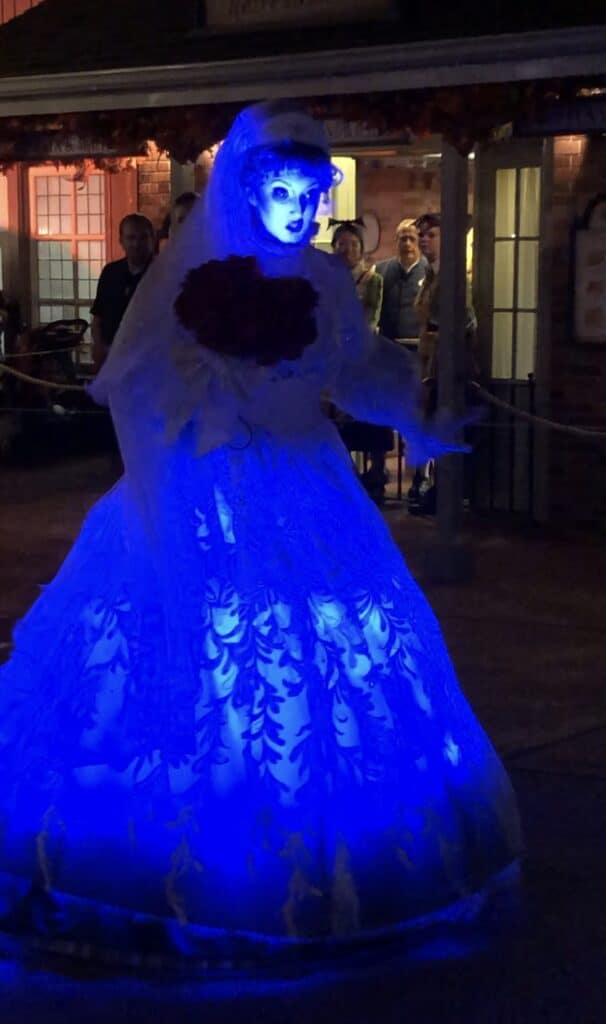 You also won’t want to miss this parade if you’re a fan of the Disney Villains, just like us. What’s that we hear; “the Disney Villains don’t get enough credit?” Right, we totally agree! Well, a Halloween parade wouldn’t be right if the Disney Villains didn’t get to do their thing. And sure enough, they end this wonderful parade, so be sure to stay in your spot until the last second to see them!

We recommend watching the first Boo-To-You Parade of the evening, as we don’t want you to be sad that you only get one viewing if you choose to only watch the second offering! Whilst the first parade attracts the largest crowds, call this your warm-up. When viewing for the second time, you can make sure you’re on the right side of the parade to interact with your favorite Disney stars! 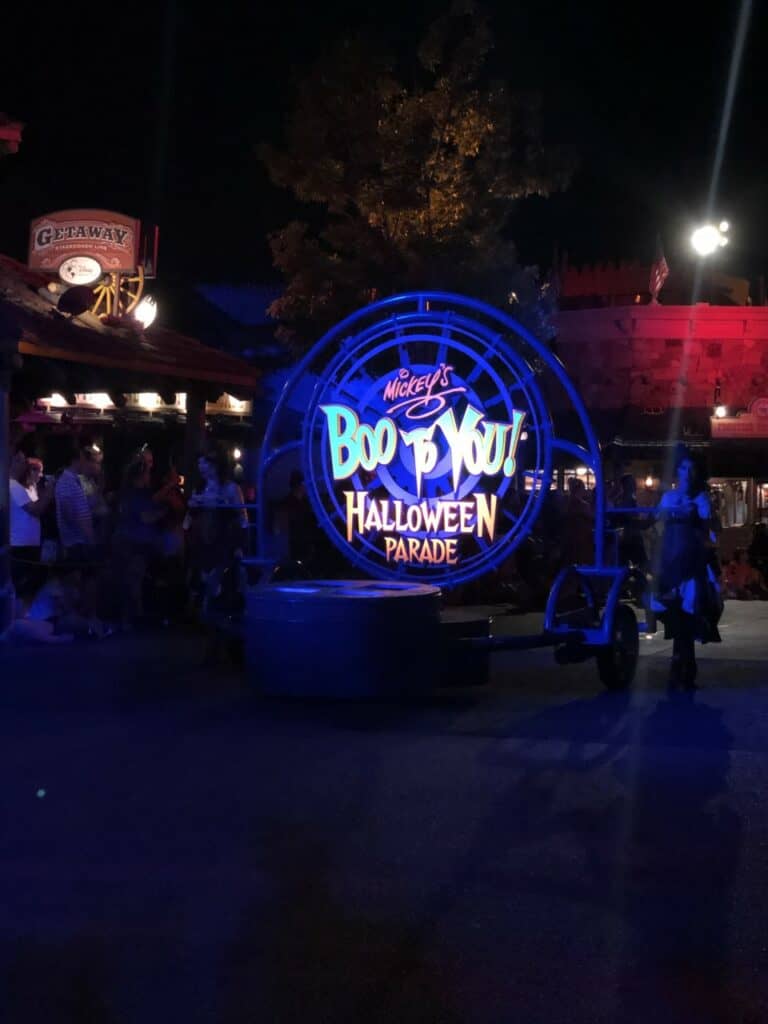 If you’ve always wanted to get a photo will all the Seven Dwarfs from Snow White and the Seven Dwarfs (1937), then you must attend Mickey’s Not-So-Scary Halloween Party. We recommend getting in line to meet the Dwarfs as soon as you enter Magic Kingdom at 4:00 p.m. They attract a long line throughout the entire evening, so why not enter the line prior to the Party starting.

You will likely get to meet them before 7:30 p.m., and will have the rest of the evening to get spooky! If you are wanting to meet the Dwarfs, you’ll want to head to Storybook Circus upon entry to Magic Kingdom. 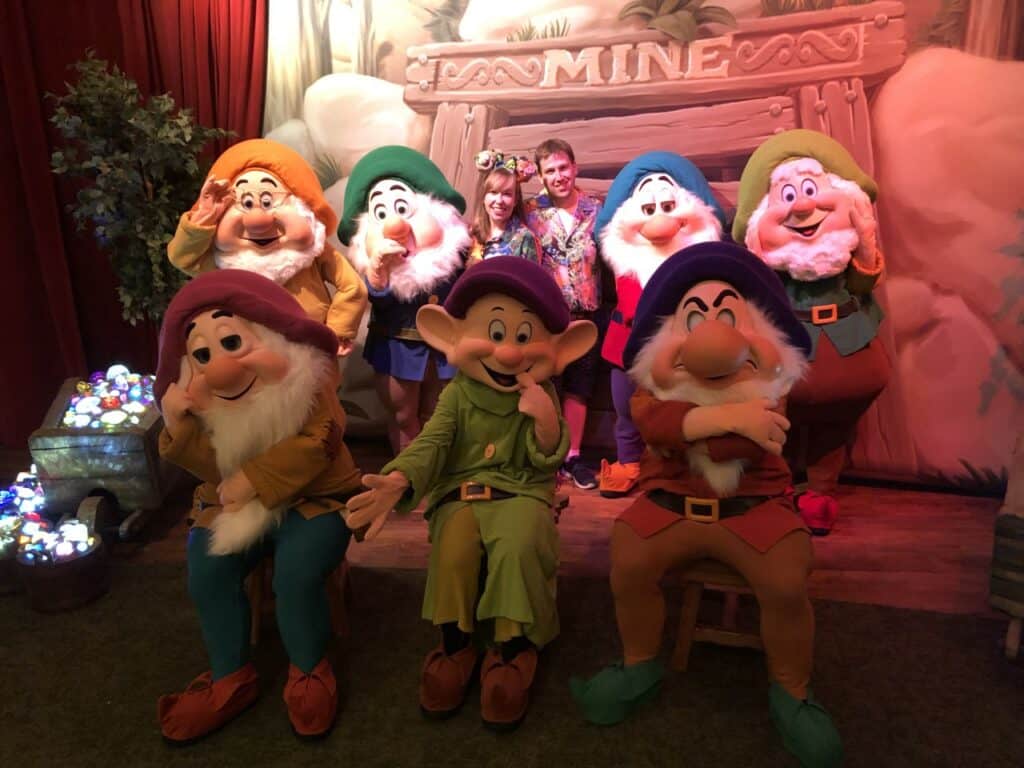 Jack Skellington and Sally from Tim Burton’s The Nightmare Before Christmas (1993) are another popular meet and greet at the Halloween Party. They meet in Liberty Square, just across from Sleepy Hollow. Choose between Jack and Sally, and the Seven Dwarfs to begin your evening.

You also don’t want to miss an opportunity to see Winnie the Pooh, Piglet, Eeyore, and Tigger in their very own Halloween costumes. Let us tell you, it’s as cute as it sounds! Watch out for a Disney Villain or two as well! Cruella De Vil from 101 Dalmatians (1961) has been known to wander Fantasyland; and you can also see other favorites such as Jafar, the Queen of Hearts, and the Tweedles, as well as Anastasia and Drizella.

You’ll definitely want to stop by the lawn in front of the Haunted Mansion too. It’s your chance to see and interact with some of the 999 Happy Haunts. Madame Carlotta and Madame Renatta have been known to occupy the lawn and share their stories from the Mansion with Guests. It’s so much fun to chat with them!

Make sure you find some time during your evening to ride the Haunted Mansion too! This is a must for the spooky time of year that Halloween brings. 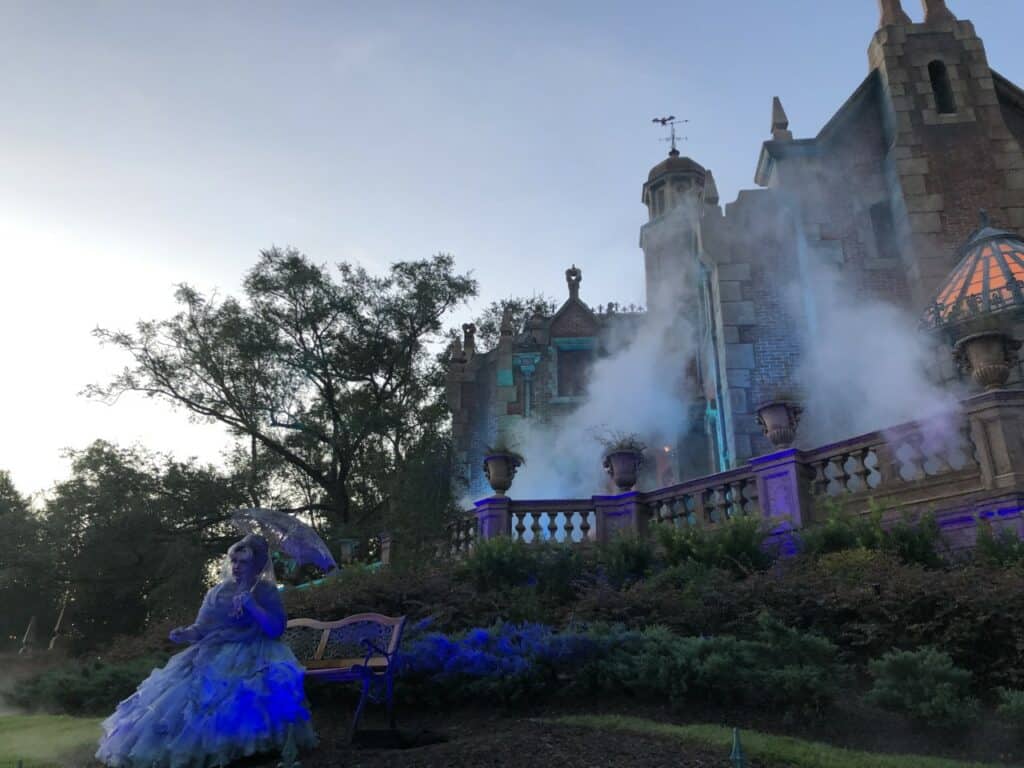 At least one viewing of this stage show in front of Cinderella Castle is a must when attending Mickey’s Not-So-Scary Halloween Party. Join the Sanderson Sisters as they conjure the ultimate ‘Hocus Pocus Party Potion’. You’ll be treated to an appearance from some of their frightening colleagues in the form of infamous Disney Villains, including Oogie Boogie.

We recommend viewing earlier in the evening so that you can see what an awesome show it is, and view it again before the evening is out! 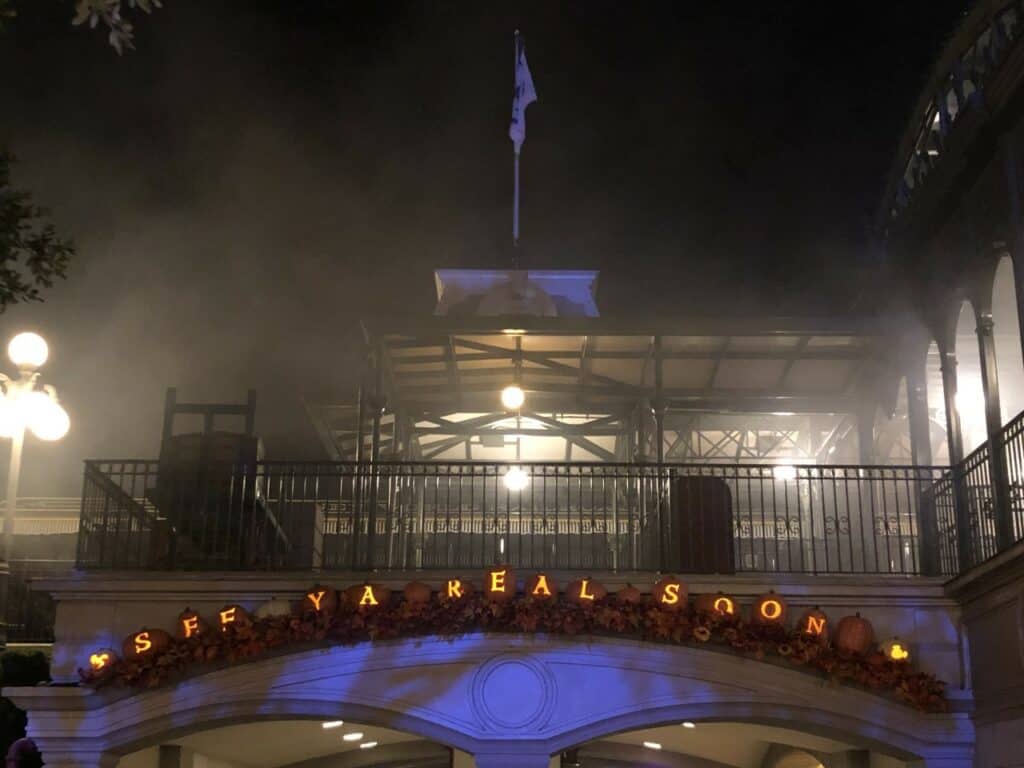 We hope you’re inspired to attend this incredible event that takes place in Magic Kingdom. Take it from us, that if you decide to pass then you’re absolutely missing out!

And for those of you that do attend, don’t be surprised if you leave the Party with a whole new love for Disney Halloween. You won’t experience another Halloween event quite like it!