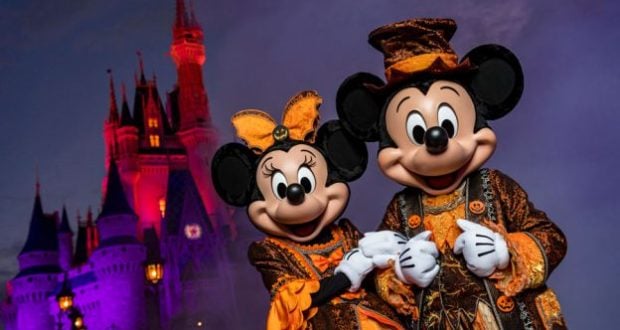 It’s the spooktacular news all Halloween fans have been waiting for!

After a long period of entertainment being paused at Magic Kingdom, EPCOT, Disney’s Hollywood Studios, and Disney’s Animal Kingdom theme parks, things are starting to head back to normal.

From the Haunted Mansion parade floats in the Boo to You parade to the quirky character costumes around the Park, Mickey’s Not-So-Scary Halloween Party was one of these missed Guest-favorite entertainment add-ons on a Disney vacation.

And now, in a since-deleted Tweet, Disney Parks has revealed that the party is coming back! 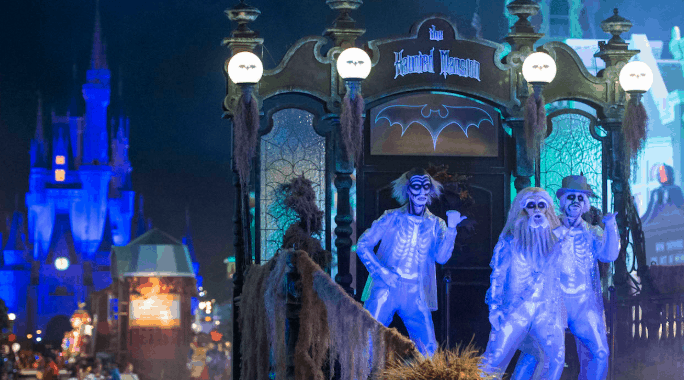 Back in 2020, Walt Disney World Resort canceled Disney After Hours and ticketed events, including the Magic Kingdom events Villains After Hours, Mickey’s Very Merry Christmas Party, and the ever-popular Mickey’s Not-So-Scary Halloween Party. These decisions were made as part of Disney World’s phased reopening process in order to keep both Guests and Cast Members as safe as possible as the theme parks operated during the COVID-19 pandemic.

@DisneyParks will be everyone’s ghost host for a special TikTok Live event Thursday, April 28, at 10 p.m. ET (7 p.m. PT). A first for Disney, the live event is the first time Disney had broadcast from multiple Disney Parks locations including Disney Cruise Line, Disneyland, and Walt Disney World for some “fa-boo-lous” surprises.

Boo Bash differed from Mickey’s Not-So-Scary Halloween Party with shorter event hours, no fireworks show like Disney’s Not-So-Spooky Spectacular, and no Mickey’s “Boo-to-You” Halloween Parade. Instead, Guests were treated to cavalcades with appearances from Mickey and friends, The Nightmare Before Christmas characters, and the Disney Villains. The dragon version of Maleficent from The Festival of Fantasy parade also makes an appearance twice each night.

As well as the traditional trick-or-treat candy stops, the After Hours Boo Bash offered free snacks to Guests! Guests could pick up free popcorn, ice cream novelties like Mickey Premium Bars, and select beverages. These were also unlimited throughout the evening, so some Guests really got their money’s worth! 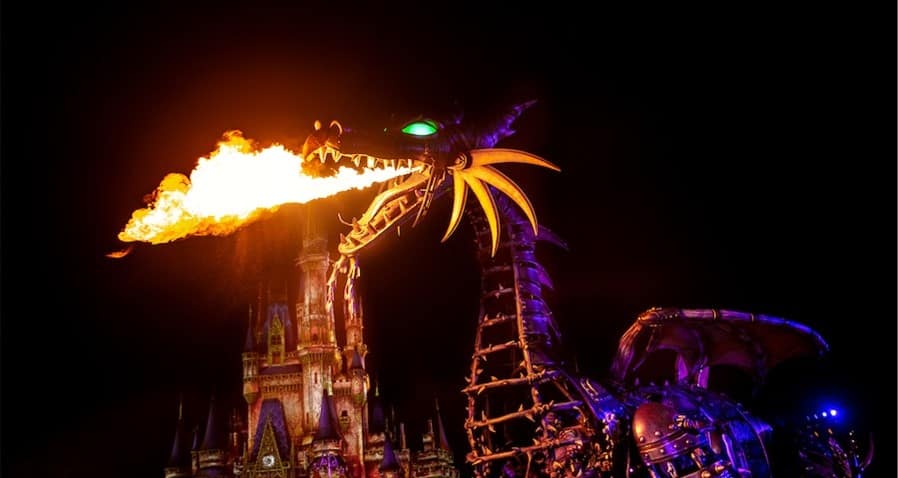 Guests will once again see the Headless Horseman ride his ghostly steed down Main Street, U.S.A., U.S.A. as a prelude to Mickey’s Boo-To-You Halloween Parade, which features floats filled with Disney Characters dressed in their Halloween best, Disney villains, and, of course, the Haunted Mansion graveyard diggers.

Trick-or-treating will also return with M&M’S, SKITTLES, SNICKERS, and other Halloween favorites at locations throughout Magic Kingdom Park. And new this year, Guests will also receive a reusable trick-or-treat bag featuring a keepsake 50th Anniversary celebration and Halloween design. The Sanderson Sisters will once again do their spells in “Hocus Pocus Villain Spelltacular” stage show at Cinderella Castle. 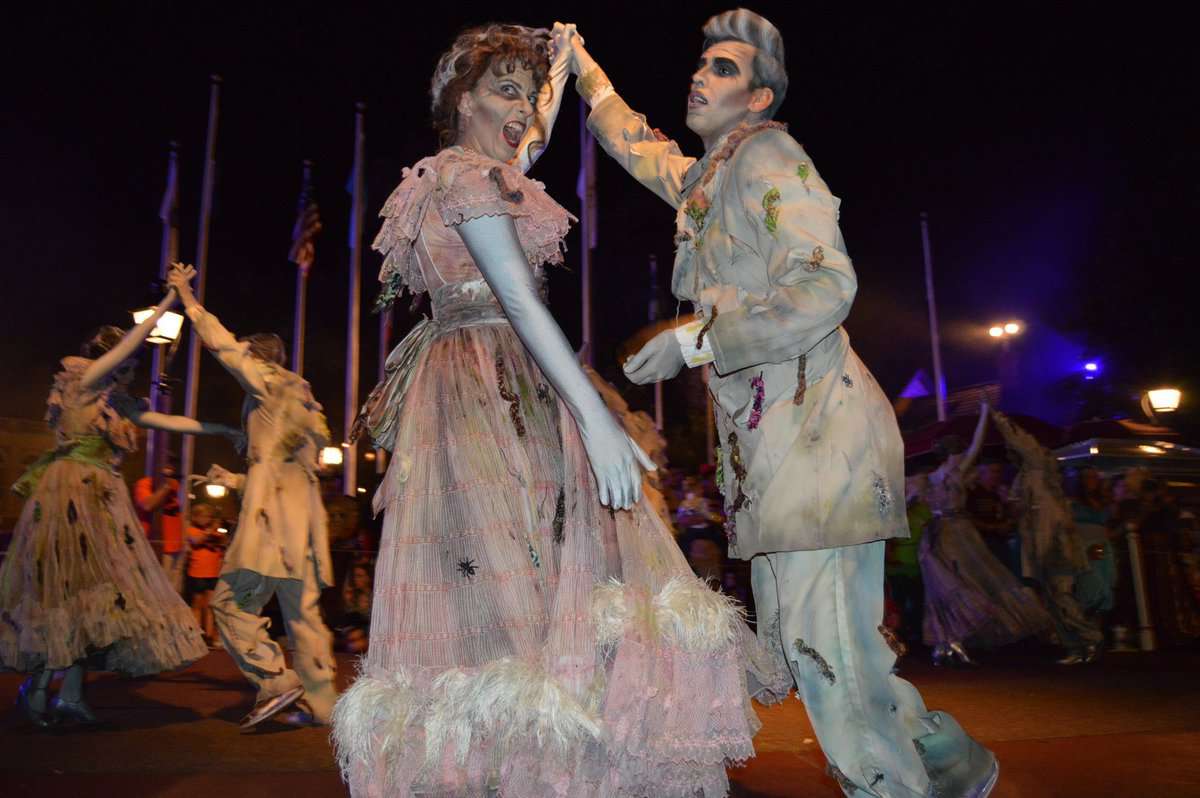 Hocus Pocus 2 (2022) will follow an aspiring witch named Becca (Whitney Peak). Becca accidentally summons back the Sanderson Sisters on Halloween after finding a dark flame candle at the local magic shop – also the Sanderson Sisters’ former home. Becca and her two high-school friends must work together to stop the Sanderson sisters wreaking havoc on present-day Salem. Guests visiting the Disney Parks today were also invited to Disney bound in outfits inspired by their favorite Disney Halloween character, film, or attraction. The Halfway to Halloween celebration also brings with it some new Walt Disney World Resort treats, including Lady on the Gravestone 50th Chilling Chamber Pop at Magic Kingdom, a Hocus Pocus-inspired Sister’s Elixir Hot Cocoa Bomb at The Ganachery in Disney Springs, and Halloween themed cakes at Gideon’s Bakehouse.

Our favorite was the Hocus Pocus “Amuck” Cakes, a devil’s food cake with a “peanut boo-tter” filling decorated to resemble all three Sanderson Sisters. Some ghoulish delights, indeed! Starting today, Walt Disney World will also be selling two new popcorn buckets, including a Jack Skellington Popcorn Bucket at Magic Kingdom and a Mickey Mummy Popcorn Bucket at Disney Springs. These will be available from April 28 through the month of May, while stocks last.