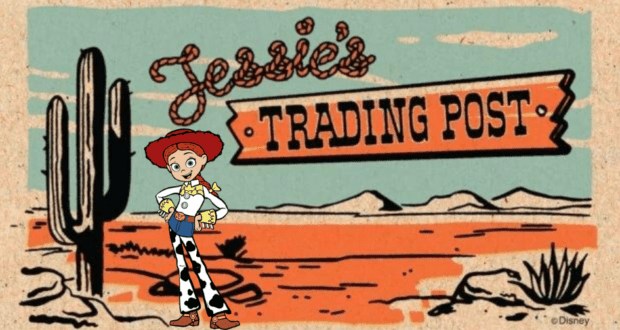 Yeehaw! A much-anticipated shop celebrated its grand opening today in Disney’s Hollywood Studios, much to the surprise of Park Guests. Without warning and with no previously announced opening date, Jessie’s Trading Post had a ribbon-cutting ceremony before letting Guests in to explore. In January of this year, Disney Parks Blog announced two new additions to Toy Story Land, stating that they would arrive sometime in 2022. One restaurant and one shop would be added in a plan to expand the area.

This was exciting news for Guests, as shopping here is limited, and there is currently only one place to eat, Woody’s Lunch Box. The Roundup Rodeo BBQ restaurant was actually announced first but has yet to open in Toy Story Land. The restaurant will provide a family-friendly dining experience, serving classic barbecue fare. The setting will be bright and colorful, much like the beloved films Disney took its inspiration from, with toys, games, and playsets surrounding Guests as they enjoy their grub.

A lobby area and two large dining rooms are located within the space, where Guests can imagine Andy’s rodeo takes place. A western town and train station playset adorn the area, as well as some familiar Pixar characters from the series!

We don’t know when The Roundup Rodeo BBQ restaurant will open, but based on the surprise opening of Jessie’s Trading Post today, Disney may surprise us! The new shop contains toys and souvenirs themed after the spunky, yet sensitive cowgirl we all know and love. If you’re planning a visit to Disney’s Hollywood Studios, make sure to check out the new shop, and keep your eye out for the grand opening of the coming restaurant as well. We reckon it’ll be arriving soon!