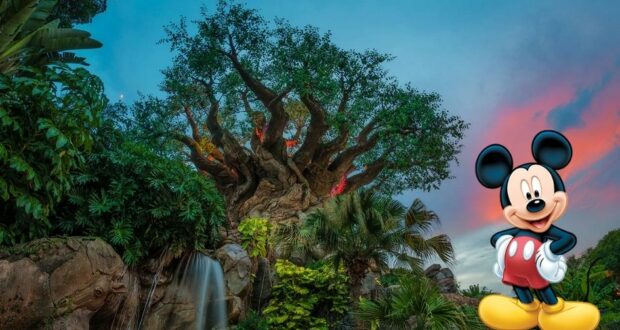 Character meet and greets are making a comeback at Walt Disney World Parks and Resorts. Here’s the latest addition we can expect this Summer.

Move over “character sightings“! Almost gone are the COVID days of staying six feet away from beloved Disney characters. The ropes are coming down as Disney recently revealed that as of April 18, 2022, we will once again be able to hug, high-five, and ask for autographs from favorite Disney characters throughout its Parks and Resorts.

While the most iconic spot to meet Mickey Mouse at Walt Disney World is likely the Town Square Theater on Main Street, U.S.A. at Magic Kingdom Park, the second favorite of ours is the perfect place to meet BOTH Mickey and Minnie together.

If you can’t wait to give a big squeeze to Mickey Mouse and the sweet Minnie Mouse, well, it’s time to plan a visit to Disney’s Animal Kingdom!

Not only are Animal Kingdom Park experiences such as Tumble Monkeys, iconic Flying Birds, and Finding Nemo: The Big Blue… and Beyond returning for the Disney Park Guest experience soon, but Disney has announced Mickey and Minnie will once again welcome travelers at Adventurers Outpost.

Mickey and Minnie’s character meet and greet at Adventurers Outpost is located in the Discovery Island portion of Disney’s Animal Kingdom, near the exit of the “It’s Tough to be a Bug!” attraction. Disney describes the meet and greet as:

“Join the globetrotting couple as they prepare themselves for their next grand expedition. Peruse exotic mementos they’ve collected on their trips around the world before posing for a postcard-perfect picture with the pair. After all their travels, Mickey and Minnie learned one thing—it really is a small world after all.”

Both Mickey and Minnie wear their adventurers’ outfits which always makes for memorable photos while visiting Disney’s Animal Kingdom.

Take note that while Disney has yet to make any announcements, we suspect Mickey and Minnie at Adventurers Outpost will likely become part of the Disney Genie+ purchase option as Mickey at Town Square Theater is already part of the Genie+ attraction lineup.