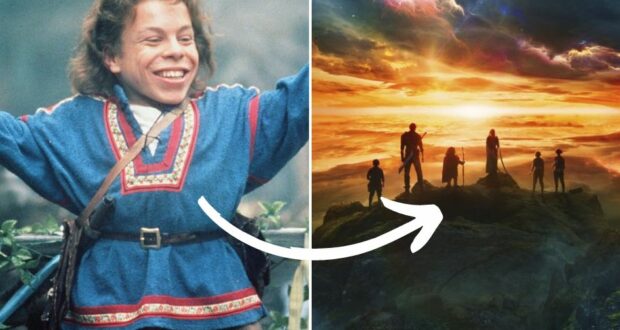 News is breaking left and right as the 2022 D23 Expo is in full swing. Disney fans have flooded to Anaheim, California, but don’t worry… Disney hasn’t forgotten about those at home. They have JUST dropped the new Disney Willow trailer and WE. CAN’T. WAIT!

We’ve heard about other Disney+ news, including the arrival of Disenchanted, Hocus Pocus 2, and Lucasfilm’s Andor series from the Star Wars universe. But, now, we’re shifting our focus to Willow.

@DisneyD23 took to social media to announce, “This November, the magic returns: Watch the new trailer for #Willow, an epic new Original series streaming only on @DisneyPlus.”

Check out the new Willow trailer and epic new poster for the original series below:

According to Whats On Disney Plus, the plot for Willow is as follows, “The new series takes place years after the events of the original “Willow” film. It introduces all-new characters to the enchanted realm of fairy queens and two-headed Eborsisk monsters, and welcomes back its namesake hero, Willow Ufgood, performed once again by the unmatchable Warwick Davis.”

The original Willow film debuted in 1988, with many Disney fans growing up with the classic movie. To the excitement of many, Warwick Davis as Willow Ufgood will be returning!

And while this new Willow series won’t be coming to the theaters, it will be a perfect family-friends series to watch curled up on the couch.

The new Willow series is scheduled to begin streaming on Disney+ in November 2022. We will be sure to share more details with our Disney Tips readers as soon as they are released here at the D23 Expo in Anaheim, California. In the meantime, put November 30th on your calendar to begin streaming Willow!