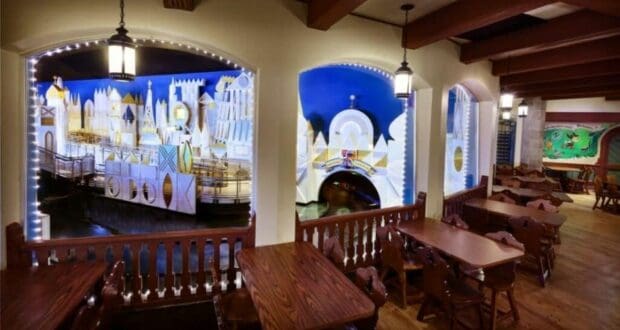 The One Place at Disney We Can’t Help but Wave

Calling all true Disney fans here! Stop for a moment and think about just how much waving takes place in and around the Disney Parks. But, does the one place we Disney fans just can’t help but wave match up with yours?

From Parks to Disney Resorts and everything in between, we’ve done our best to check it all out at Walt Disney World Resort. There is one place that stands out above the rest that we simply can’t help but wave no matter what!

Of course, when waving comes to mind, most people think of a Disney parade. Magic Kingdom Park recently welcomed back its Festival of Fantasy Parade and yes, waving at Disney characters and Cast Members in front of Cinderella Castle and along Main Street, U.S.A. is a must-do… but it’s not the one.

Or how about when visiting Disney’s Animal Kingdom theme park and waving at characters that float by on the Animal Kingdom waterways. It would simply be rude NOT to wave and cheer along.

We also think of special moments such as when the Skipper on Jungle Cruise asks everyone to wave to the travelers waiting on the dock. Or, it may just be us, but when we’re on Big Thunder Mountain Railroad and go over the slow bridge portion, we enjoy waving to the non-riders watching near the geyser at the exit.

Another Magic Kingdom attraction we find ourselves waving to fellow Disney Guests is on the Tomorrowland Transit Authority PeopleMover as we relax for a ride through Tomorrowland. But, still, that’s not the one we’re talking about.

And just think of all the times Disney fans wave when spotting Guests from places like Chef Mickey’s while onboard the Monorail as it cruises through Disney’s Contemporary Resort. Waving is truly a part of the magical Disney experience.

But, alas, we’ve kept you waiting long enough! Stroll with us through Fantasyland at Magic Kingdom. Hungry? Let’s head to Pinnochio Village Haus for a bite to eat. While there is a little-known secret dining spot upstairs that welcomes a few Guests, we always try to snag a coveted table near the massive window presenting the loading area of the “it’s a small world” attraction next door.

This. This is where a magical thing happens between Disney Guests. We’ve sat at one of these Pinnochio Village Haus quick-service restaurant tables numerous times as it’s a moment the kids ask for time and time again.

While dining, we wave below to fellow Disney Guests that have loaded into their boat and are turning the corner to enter the ride portion of “it’s a small world”. From young to old and everything between, a wave just doesn’t feel optional here, but rather a sweet Disney fan connection.

A simple wave feels like it drops a dose of pixie dust on the moment. That connection between strangers, the “it’s a small world” rider and Pinocchio Village Haus diner, is met with joy that at that moment both Guests are enjoying time away at the most magical place on earth.

What’s your must-wave moment in or around the Disney Parks? Keep waving and smiling, Disney fans!