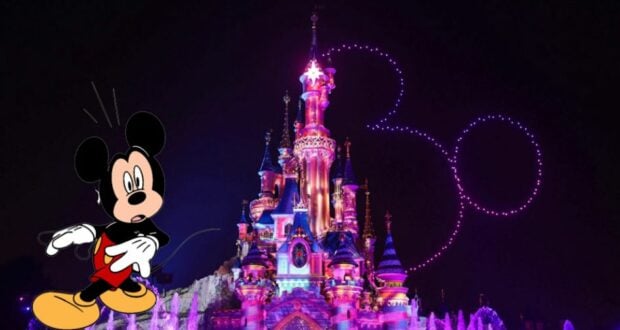 During a visit to the Disney Parks, one of the first things several Park Guests do is grab a Disney Park paper map. Not only do many still use these maps to navigate the Parks, but it is also a fun, free souvenir to remember your Disney vacation with.

RELATED: Characters and Lands for 30 Years of Disneyland Paris

Disneyland Paris Resort is the first of the Disney Parks to have made the decision to remove paper Park maps permanently, forcing visitors to use the official Park app.

@DLPReport took to social media on September 29, 2022, to share, “Paper Park Maps are no longer available at the Resort. Instead, Guests are directed to the official app.”

The sign pictured in the tweet below has a scannable QR code directing Guests to the Disneyland Paris app and states, “Parks Map: To make the most of your time we invite you to download the official Disneyland Paris free mobile app. You will be able to explore the guide to the two Disney Parks, see wait times for attractions, and much more.”

RELATED: 3 Attractions Are MAJORLY Different at This Disney Park

Will other Disney Parks follow suit? While Walt Disney World and Disneyland Resorts have not mentioned removing their paper Park maps, Disneyland Paris always seems like the “test” Park for news to come.

We saw this when Disneyland Paris introduced its upcharge “FastPass” service called Premier Access. The Disney Genie+ and the Lightning Lane structure at Walt Disney World and Disneyland followed shortly after. Disneyland Paris is also offering a new one-price, skip-the-line service called Premier Access Ultimate Pass, which has been rumored to eventually become an option at the U.S. Disney Parks.

2022-10-02
Jamie Sylvester
Previous: The Magic Kingdom Location That Has Lost Its Magic
Next: EPCOT’s ‘Moana’ Attraction Reaches a New Milestone