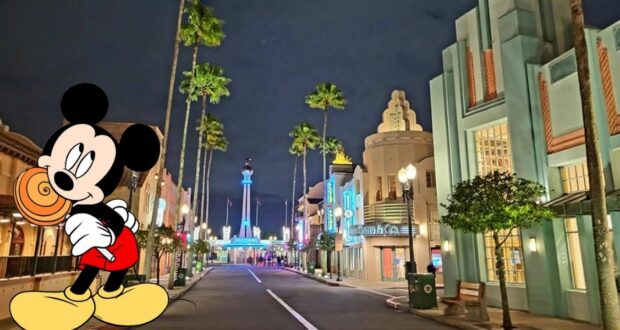 The BEST Dessert At Hollywood Studios That Goes Unnoticed

There are so many sweet treats on offer for Disney Guests at the Walt Disney World Resort.

From the iconic Mickey Premium Bar to the refreshing Dole Whip, there’s always a tasty Disney snack around the corner at Magic Kingdom, EPCOT, Disney’s Animal Kingdom, and the Disneyland Resort.

Disney Springs has one of the best selection of delicacies at Walt Disney World, offering Guests everything from the popular Gideon’s Bakehouse cookies and Rainforest Cafe’s Sparkling Volcano to the delicious Ghirardelli Soda Fountain and Chocolate Shop located at the Marketplace.

But what about Disney’s Hollywood Studios theme park? Well, there’s one special dessert at the popular Disney Park that won’t break the bank. 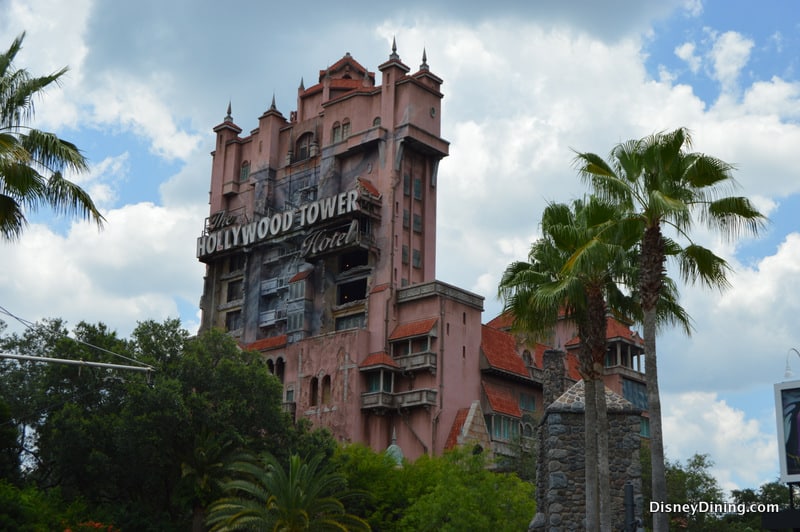 EARidescent magic for Walt Disney World’s 50th celebration is everywhere when you enter the Resort located in Florida. From the Beacons of Magic at Magic Kingdom, EPCOT, Disney’s Hollywood Studios, and Disney’s Animal Kingdom, to new merchandise collections at Disney Springs, Guests have a lot to look forward to on their next visit to the Walt Disney World Resort.

The 50th celebration started back in October 2021, and with it, came new Disney character outfits, Disney Enchantment, and new menu items, including what we believe to be the best new dessert at Walt Disney World! 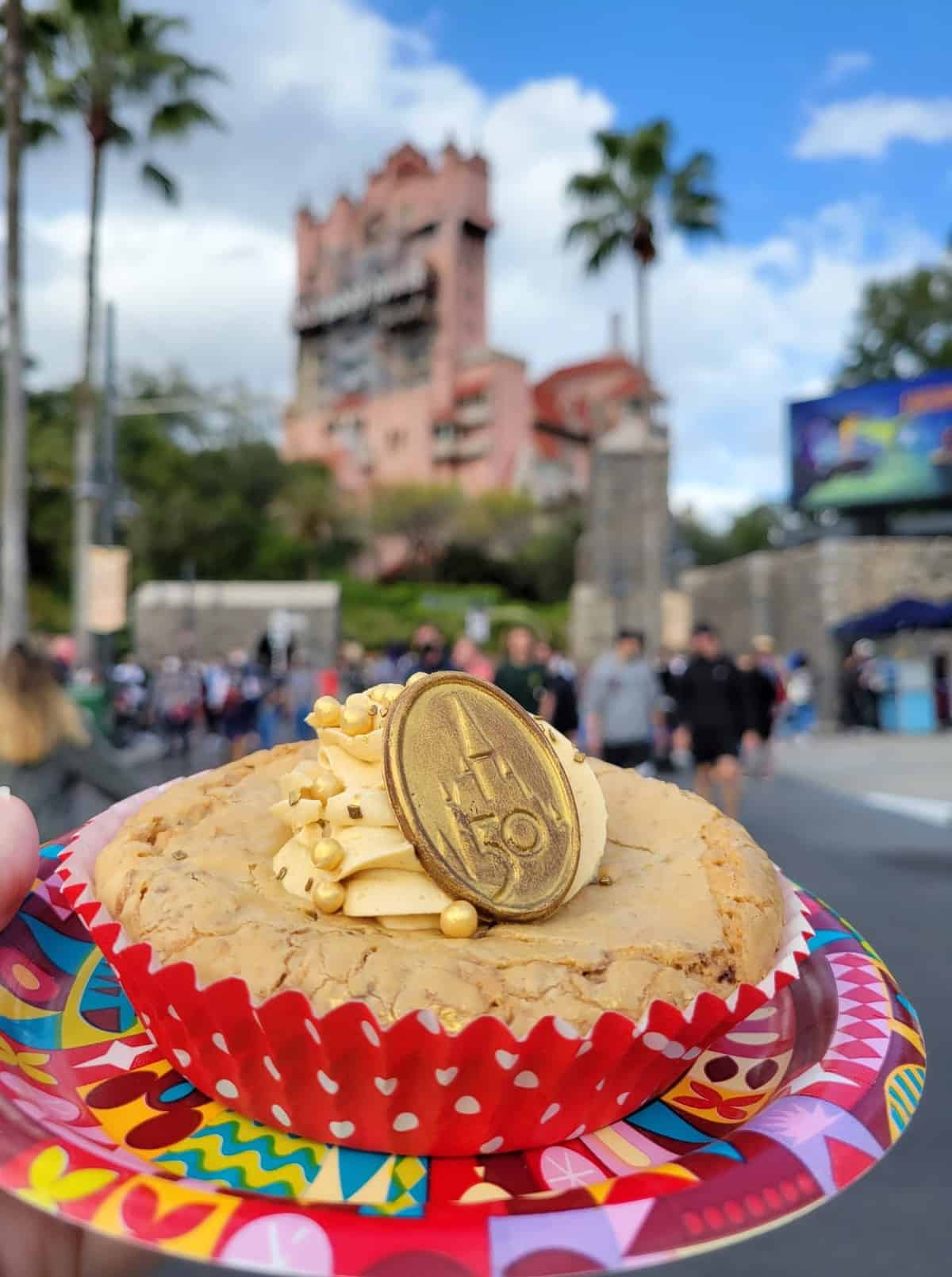 The delicious cookie is available at both Backlot Express and Fairfax Fare near The Twilight Zone Tower of Terror and is described on the menu as a “gooey toffee and toasted coconut blondie with salted caramel buttercream and festive gold nuggets”.

Its 50th medallion and “gold nuggets” are made of chocolate, while the cookie truly has an amazing coconut taste throughout every bite.

We can’t get enough blondies, so to have one paired with salted caramel buttercream at Disney is magic. The dessert is sweet, but the different flavors complement each other beautifully.

And the best part? The dessert can be purchased for only $4.49! 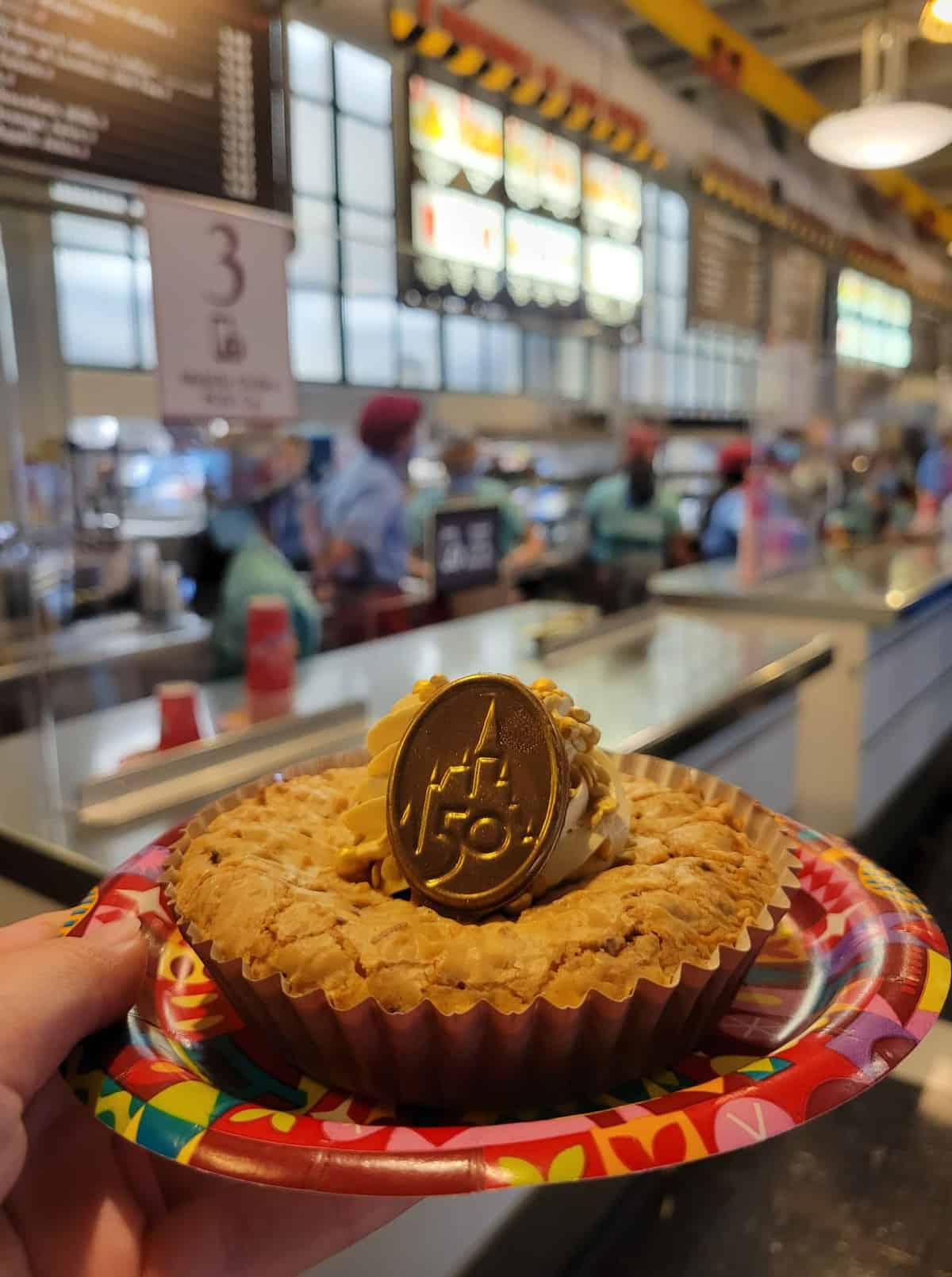 For the size of the cookie, it being under $5 is a steal. We shared this Disney dessert between two people, and it was definitely enough. So, think about it as only $2 per Guest!

There are so many desserts, snacks, and cakes on offer at Walt Disney World, but next time you find yourself walking by the Backlot Express quick-service restaurant, head inside for a delicious glimmer and shimmer treat!