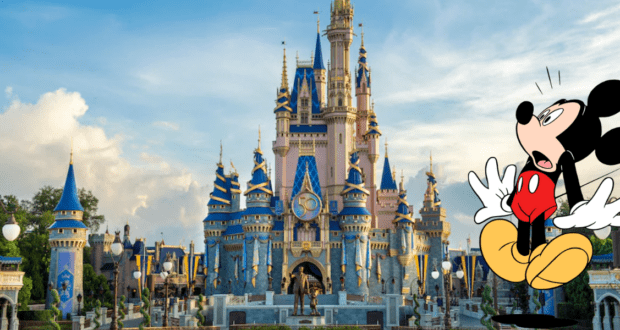 For many Guests, Magic Kingdom is the part of the Walt Disney World Resort that holds the most magic. And we get why… After all, it’s the theme park that is home to the icon that most Guests think of when Disney is mentioned – Cinderella Castle. It’s also the Disney Park that opened Walt Disney World, along with Disney’s Contemporary and Polynesian Village Resorts.

The magic in Magic Kingdom Park extends beyond this, though. It’s home to classic Disney attractions such as ‘it’s a small world,” Jungle Cruise, Mad Tea Party, and Peter Pan’s Flight. Additionally, it is currently the only Disney theme park in Lake Buena Vista that provides Guests with the opportunity to see a parade. The Festival of Fantasy currently makes its way through Frontierland, Liberty Square, and Main Street, U.S.A., twice per day, as well as the Disney Adventure Friends Cavalcade.

We’ve only mentioned a few reasons why Magic Kingdom feels truly magical. However, there was something that we noticed during a recent visit to the Disney theme park that didn’t feel so magical.

It’s extremely difficult to return home from a Disney vacation without a souvenir or two. And if you do, then you deserve a great big round of applause! From snacks to plush, apparel to Christmas ornaments, there is something for every Disney fan to buy. It’s fair to say that shopping is part of having the full Disney experience.

When it comes to merchandise stores around the Walt Disney World Resort, they are inviting and really do showcase the variety of merchandise pieces available for Guests to purchase. The interiors of Disney stores are generally themed to tie into their surroundings, as can only be expected from The Walt Disney Company. This often extends to the merchandise that is available to purchase in that store. However, this wasn’t necessarily true for the merchandise location we visited recently. In fact, we felt disappointed and wondered if The Walt Disney Company has plans to revamp it soon.

Located in Fantasyland at Magic Kingdom Park, Storybook Circus is where Guests can take flight on Dumbo the Flying Elephant, ride on The Barnstormer, and splash about in the Casey Jr. Splash ’N’ Soak Station. It’s also the place where Guests can meet favorite Disney pals in Pete’s Silly Side Show and browse Big Top Souvenirs. 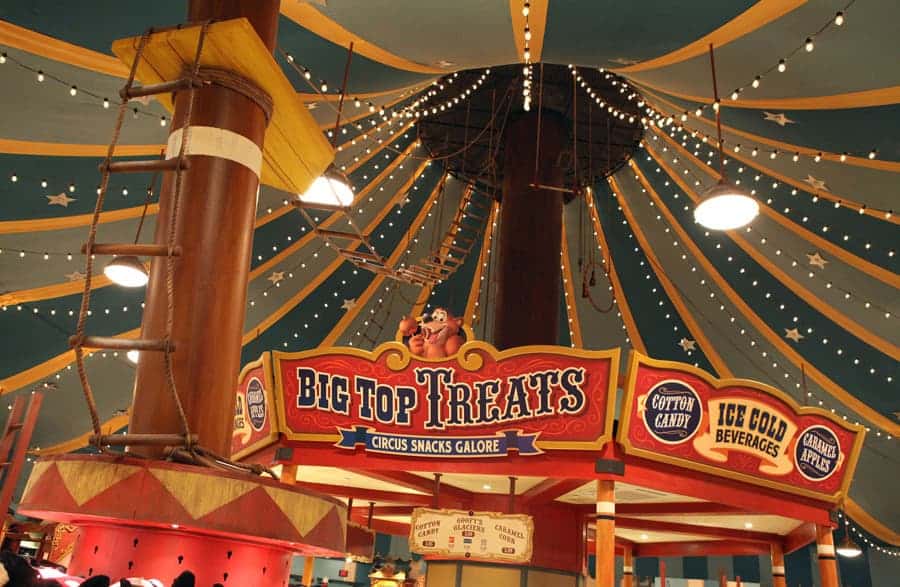 Big Top Souvenirs is a beautifully designed store that provides Guests with the feeling of being right inside of a Big Top circus. It’s just a shame that the merchandise that is currently on offer leaves a lot to be desired from this Disney merchandise location.

A Place To Sit & Eat

What was once a packed store, where Guests could purchase all of the things that make awesome souvenirs, is now a place to just pick up sweet treats and eat them. Now, there’s no denying that we love to admire the sweet treats that are sold from the fridges in the center of the store. However, you can do the same in other locations, such as Main Street Confectionary in Magic Kingdom and Goofy’s Candy Co. in Disney Springs. 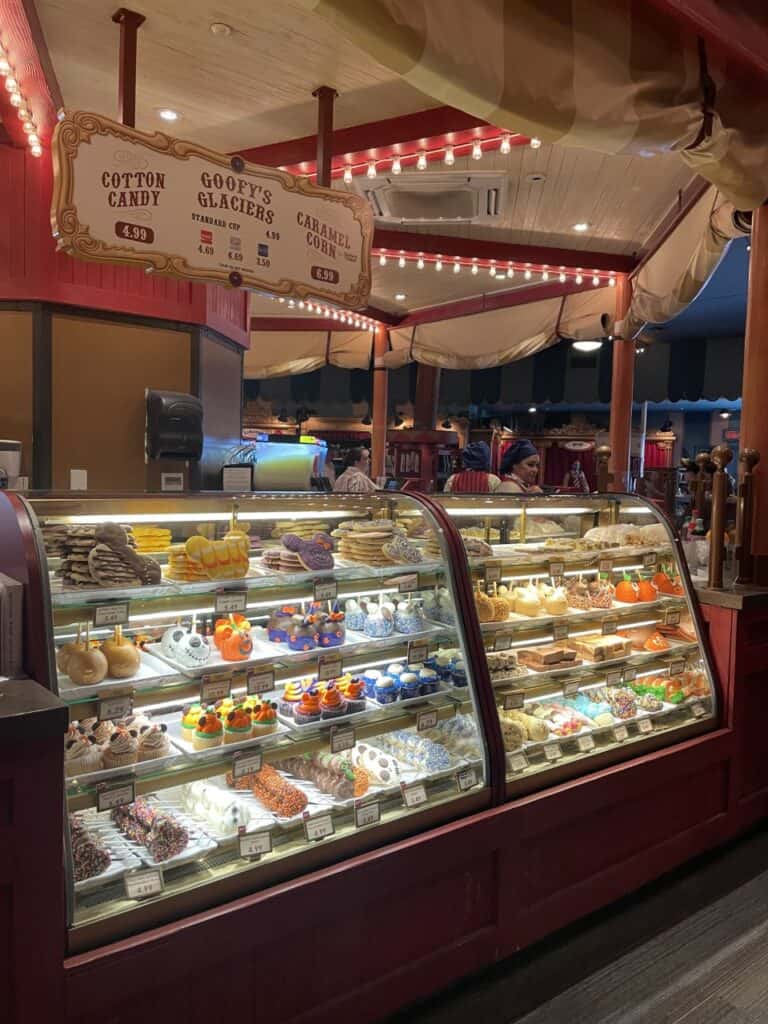 It hasn’t gone unnoticed that the many different merchandises stand that once occupied the space inside Big Top Souvenirs have now been replaced with a few tables and chairs for Guests to sit at and eat their sweet treats. Whilst this offers Guests a cool place to eat, it feels like this souvenir store has become a quick-service dining location. Removing most of the souvenir stands makes the store feel incredibly bare. 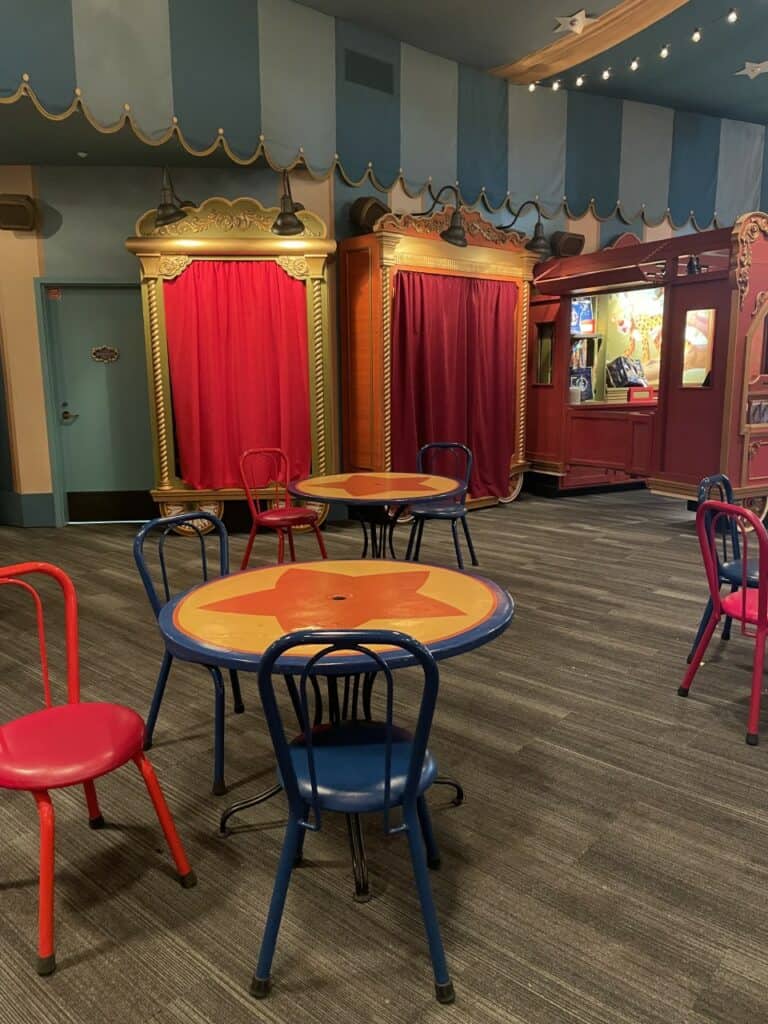 The merchandise that is available to buy in Big Top Souvenirs surprised us the most. As we’ve previously mentioned, Disney stores generally showcase merchandise that links to their external surroundings. Instead, however, we were shocked to find Star Wars merchandise being sold at this location. 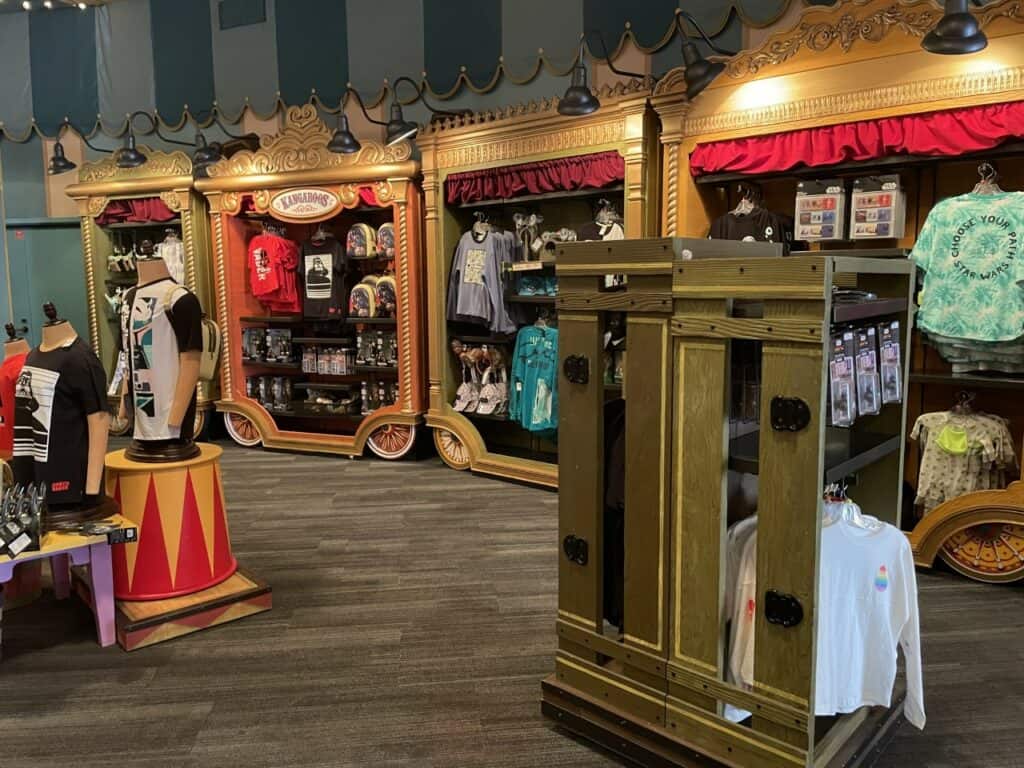 Whilst it’s appropriate for Star Wars merchandise to be available to buy around the Walt Disney World Resort, it felt very much out of place in Big Top Souvenirs, being located just across from Dumbo the Flying Elephant. Surely the Emporium on Main Street, U.S.A., and the stores in Tomorrowland would be better-suited stores to showcase such merchandise?

Big Top Souvenirs has previously been a location that was used to showcase the limited edition merchandise available to Guests with tickets for the Magic Kingdom Party events, including Mickey’s Not-So-Scary Halloween Party. Whilst the store only being open until 7 p.m. may have resulted in the Party merchandise moving to the Emporium, we feel that Big Top Souvenirs provided a better location for Party Guests to shop.

Generally, Minnie Mouse, Donald Duck, Goofy, and other Disney Pals meet and greet Guests in Storybook Circus during the Magic Kingdom Party events. This made it easier for Guests to access the limited edition merchandise without venturing too far from the Party fun.

Being tucked away at the back of Magic Kingdom Park also meant that Guests without Party tickets wouldn’t necessarily stop by Big Top Souvenirs before a Party due to being required to exit the Disney Park by 7 p.m. The Party merchandise has been a little more difficult to access this year due to being showcased in the Emporium. Most of the fun at Mickey’s Not-So-Scary Halloween Party happens throughout the different lands of Magic Kingdom, meaning that Guests only pass the Emporium when waiting for the parade or fireworks. Alternatively, they pass when making their way out of the Disney Park, however, the Emporium is likely to be closed at this time. 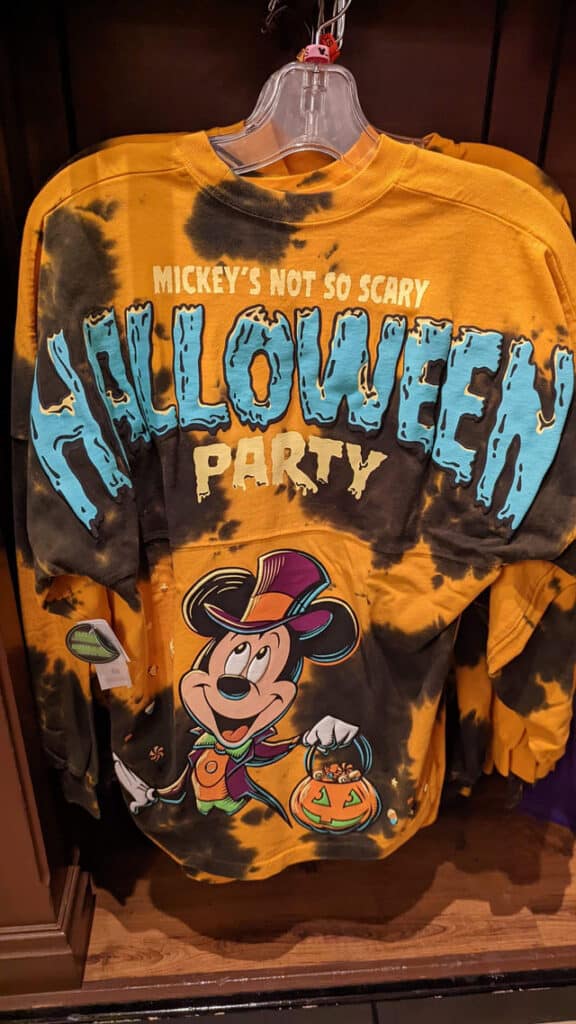 With these noticeable differences in Big Top Souvenirs compared to what the Disney merchandise store used to be like, we think it’s time that The Walt Disney Company re-evaluated its purpose. Or maybe it’s just a reflection of the possibly smaller collection of merchandise that is available to buy at Walt Disney World at this time. Either way, we’d love for it to return to the magical store that it once was!