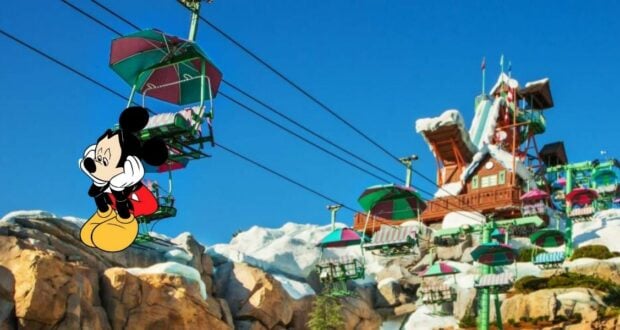 The sun is out, the days are longer, and the humidity is getting stronger.

An Orlando summer day is a perfect excuse to enjoy the thrills and relaxation of a Disney water park, but, unfortunately, Blizzard Beach is still closed. Now, a new permit has signaled that this closure has been extended, with further construction heading to the Walt Disney World Resort theme park. 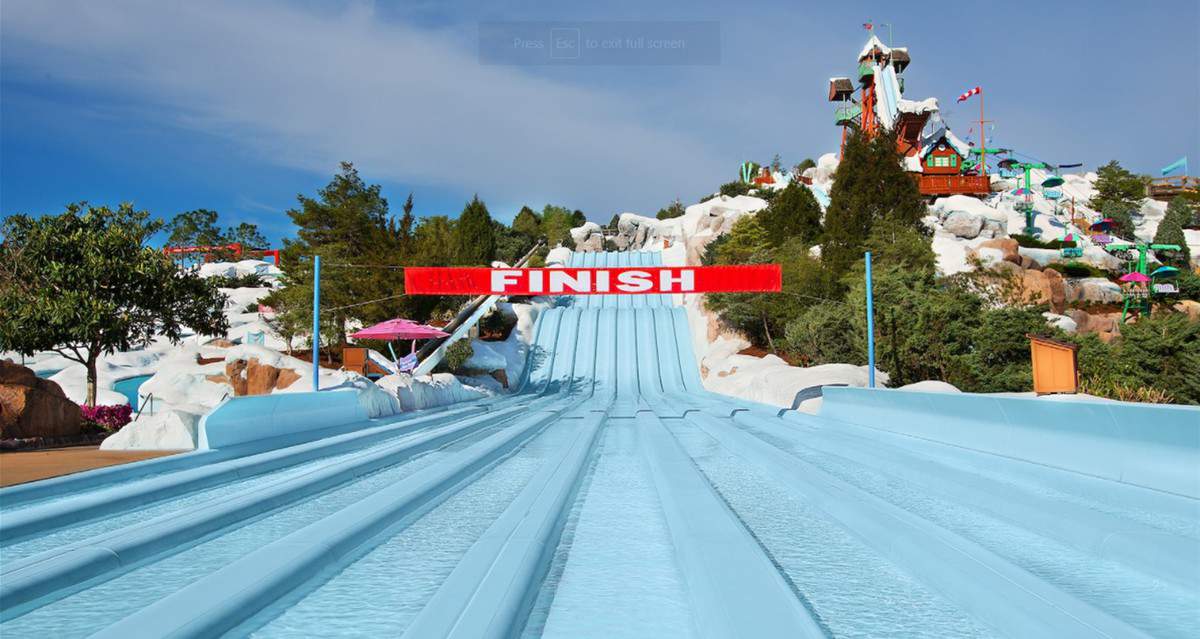 Typhoon Lagoon reopened back on January 2, 2022, the first time it saw Guests since Walt Disney World closed in 2020 due to the COVID-19 pandemic.

Fans of Disney’s other Lake Buena Vista water park, Blizzard Beach, were disappointed when its scheduled reopening date in March came and went. The reopening date for the snow water park was later removed from the Walt Disney World website and its closure remains indefinite.

Like the other areas of Walt Disney World Resort, we are welcoming back Guests and Cast Members to Disney’s Typhoon Lagoon water park in a responsible way, with a plan focused on health and well-being. View additional details. 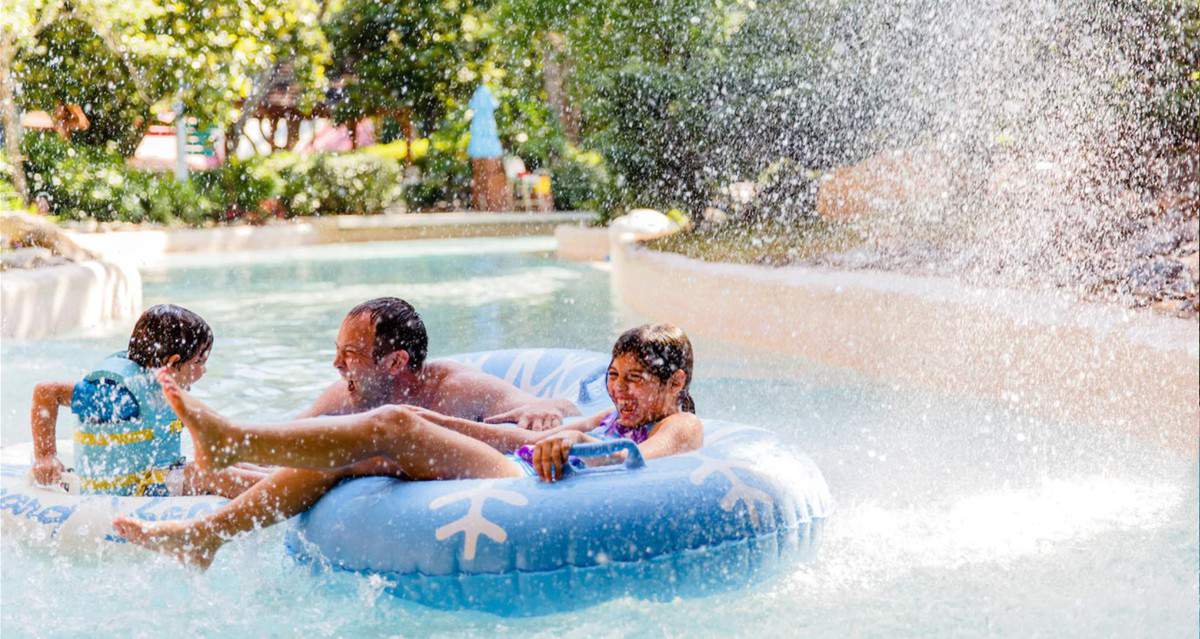 Now, a new permit filed with the state reveals further construction coming to Disney’s Blizzard Beach water park. The permit asks for more labor, material, and electrical work, as well as a large crane in the western area of the Park.

The permit is called the “Blizzard Beach Laydown Project”, and while the exact detail of the refurbishment is vague, this new permit indicates that the water park’s closure will be extended.

It appears as though the extensive work Disney has applied for is to support the slide replacement of a nearby attraction (which could be Runoff Rapids, Downhill Double Dipper, Snow Stormers, or Toboggan Racers). It’s also probable that the permit could be hinting at a new attraction.

Twitter user @bioreconstruct recently shared an aerial photo of the area in question at the Walt Disney World water park, with land being cleared for this mystery project:

Aerial overview of Blizzard Beach during refurbishment. Arrow at an excavator.

Aerial overview of Blizzard Beach during refurbishment. Arrow at an excavator. pic.twitter.com/gBrGWxEcno

We’ll keep you up to date with any news we hear from Disney about this Blizzard Beach construction or its eagerly-awaited reopening date.

On the Central Florida water park’s return, Guests can anticipate busy crowds as we once again get to enjoy its exciting rides and attractions. Guests craving a challenge can look forward to the thrills of the 360-foot-long Summit Plummet. Guests take a chair lift to the top of Summit Plummet, designed after a ski jump, and speed down one of the tallest and fastest free-fall slides in the world.

For those with less bravery, there are The Toboggan Racers, an eight-lane water slide that adds a little friendly competition to your day in the Parks. Slush Gusher, located right next to Summit Plummet, features two hills at high speeds. Slugh Gusher offers riders a thrilling rush that’s totally exhilarating but not to the point of Summit Plummet. 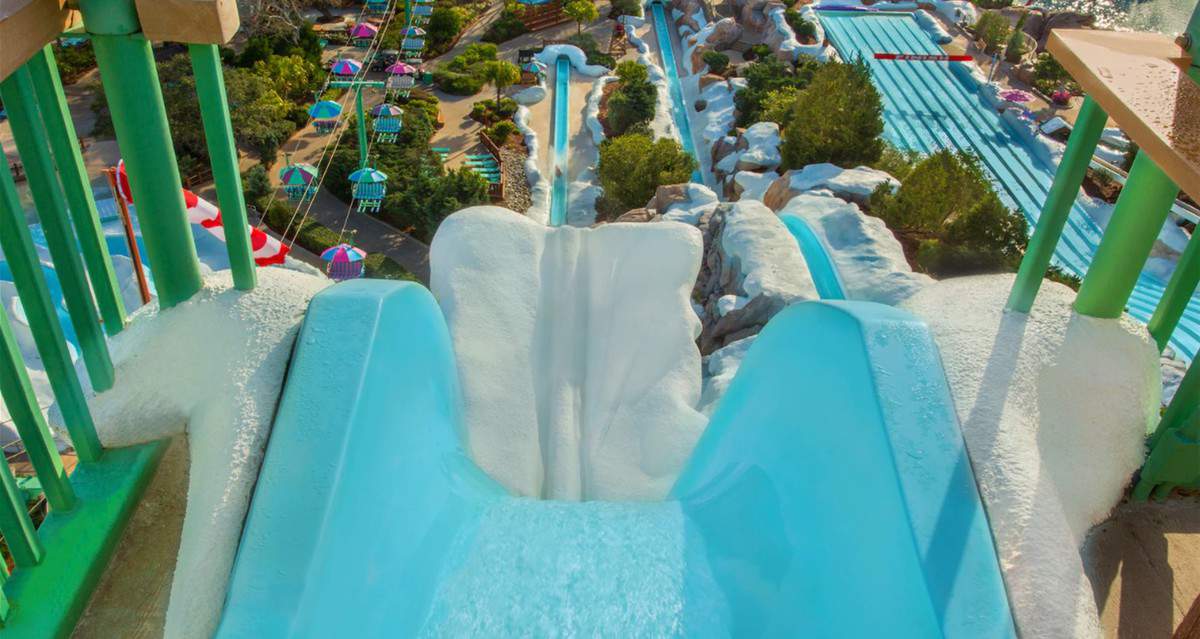 For families, there are plenty of choices, with Tike’s Peak, Teamboat Springs, Runoff Rapids, and, of course, Melt-Away Bay overlooking Mt Gushmore and its famous water slide.

Melt-Away Bay is the Park’s wave pool. At an acre large, it’s one of the biggest around but the waves are moderate enough to feel accessible for the whole family. Guests can relax on a lounge chair, rent a cabana, or simply go for a swim.

We can’t wait to ride all these slides again once Blizzard Beach reopens after this mysterious extra construction. Who knows, we might have another attraction on our hands!