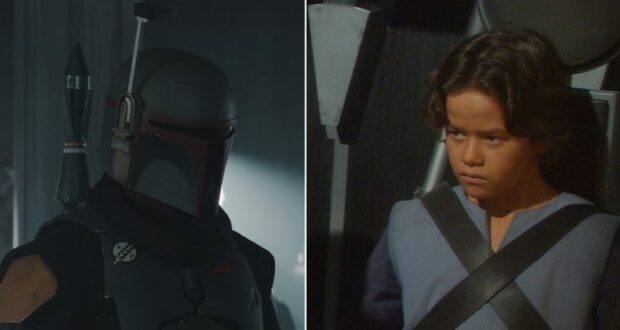 Today, December 29, is a day that many ‘Star Wars’ fans have been anticipating for over a year. ‘The Book of Boba Fett’ has debuted on Disney+!

The character of Boba Fett made his first appearance in ‘The Star Wars Holiday Special’, but he soared in popularity in ‘The Empire Strikes Back’. Since then, Boba Fett has been part of the prequels, as well as some of the ‘Star Wars’ television series.

If you’d like a refresher course on the complicated Boba Fett, Jocelyn Buhlman and D23 have you covered:

For someone who only had about six minutes of screen time in his feature film debut, Boba Fett has become a fan-favorite Star Wars character based on being just plain cool. The bounty hunter captured imaginations with his iconic armor and foreboding presence, and his massive popularity led to a continued exploration of the character in comic books, television series, and more.

Now, over 40 years after his big-screen debut in Star Wars: The Empire Strikes Back, Boba Fett will take the lead in the all-new series, The Book of Boba Fett, debuting on Disney+ this Wednesday, December 29. Before we dive into Boba’s new adventure on Tatooine, we’re taking a look back at his story in the Star Wars saga so far. 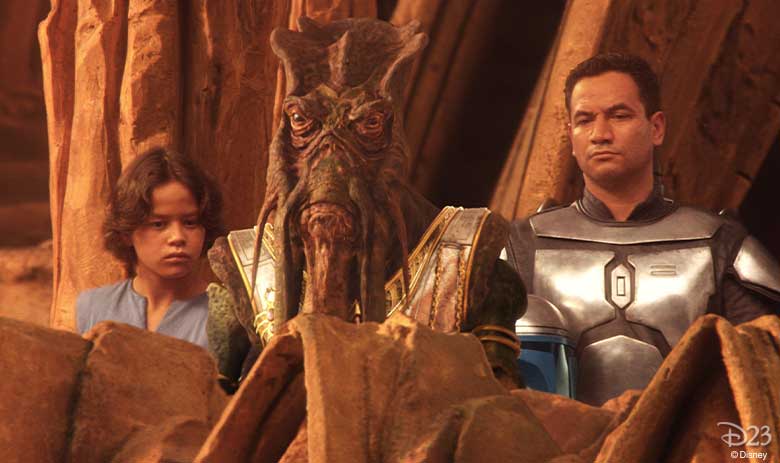 Star Wars: Attack of the Clones

While the iconic bounty hunter first appeared on screens in an animated sequence in The Star Wars Holiday Special, within the story of the Star Wars saga, we first met Boba Fett as a child living on the rainy planet of Kamino. His father, Jango Fett, served as the genetic template for a clone army requested by Darth Tyranus. While all the clones for the clone army underwent growth acceleration and other enhancements, Jango Fett requested that, as part of his pay, he receive one unaltered clone—whom he chose to raise as his son, Boba. While Boba was only a child at the time, by the end of the film he was facing a very dark situation; his father had been killed in the battle of Geonosis, so Boba was left to strike out on his own. 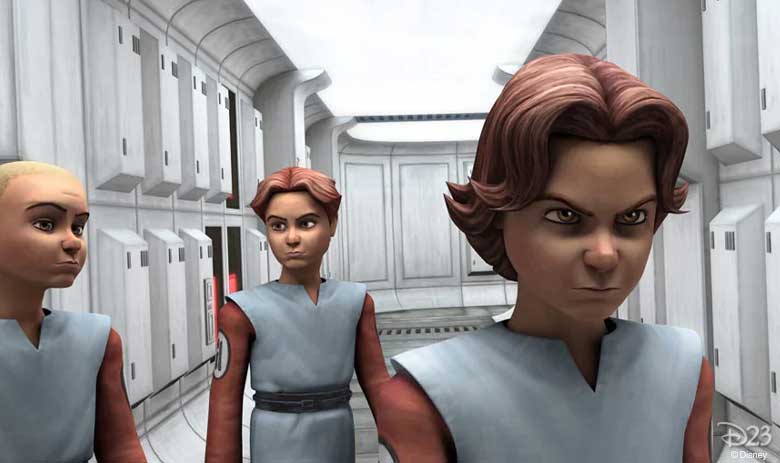 Star Wars: The Clone Wars
Young Boba joined a team of bounty hunters as part of his new life’s mission: get revenge for his father’s death. Disguising himself as a clone cadet (an easy task, since all the clones look just like him!), Boba attempted to destroy the ship on which he was stationed in order to kill Mace Windu, who was responsible for his father’s demise. This was the first of several failed attempts against Mace Windu before Boba was imprisoned along with the bounty hunter Bossk. His imprisonment led to following in his father’s footsteps—after breaking free, Boba Fett became a full-time bounty hunter, forming a bounty hunter syndicate on Tatooine. 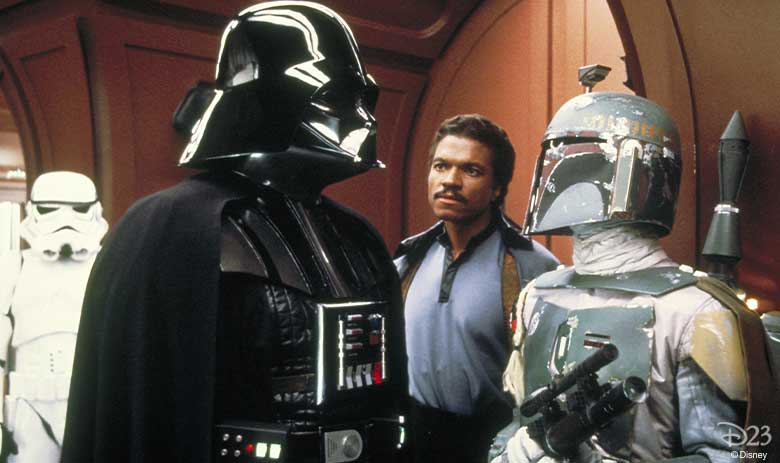 Star Wars: The Empire Strikes Back
For most of us, this was the moment when we first met Boba Fett: standing silently with a group of bounty hunters while Darth Vader explained his bounty for Han Solo and the Millennium Falcon. (“No disintegrations,” he commanded of Boba, sparking the imagination of Star Wars fans everywhere.) Tracking the Falcon to Cloud City, Boba lead Darth Vader to Han Solo, Princess Leia Organa, Chewbacca, and C-3PO so that Vader could execute his plan of luring Luke Skywalker into a trap. First, however, Vader needed to complete a test: The trap for Luke was to conclude with the carbon freezing of the Jedi-in-training, as to easily send him to Emperor Palpantine. To confirm that carbon freezing would not kill the person being frozen, Vader tests the process out on Han Solo—and when the process works, he turns over the now-frozen scoundrel to Boba, so he can collect the bounty on Han from Jabba the Hutt. 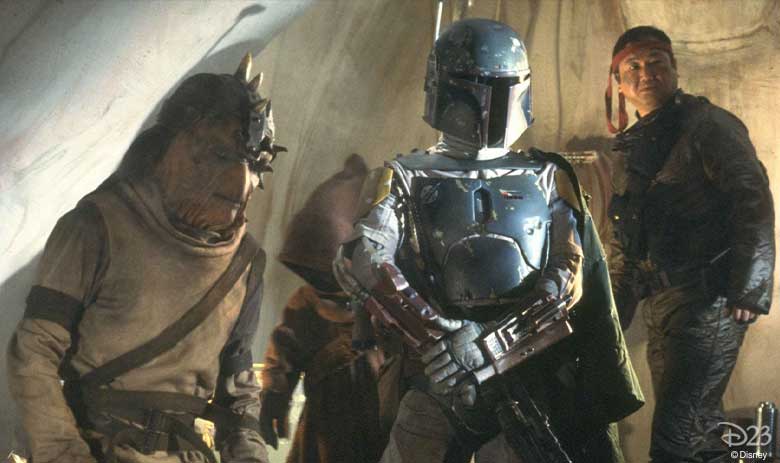 Star Wars: Return of the Jedi
Many fans believed this film brought about the end of Boba Fett’s story; after giving the frozen Han Solo to Jabba, Boba faced what we all perceived was his demise! When Luke and Leia staged a rescue for Han Solo, Boba ended up falling into the mouth of the deadly Sarlaac creature, where he was thought to have been digested by the creature for a thousand years. This, fans thought, was surely the end of the bounty hunter… 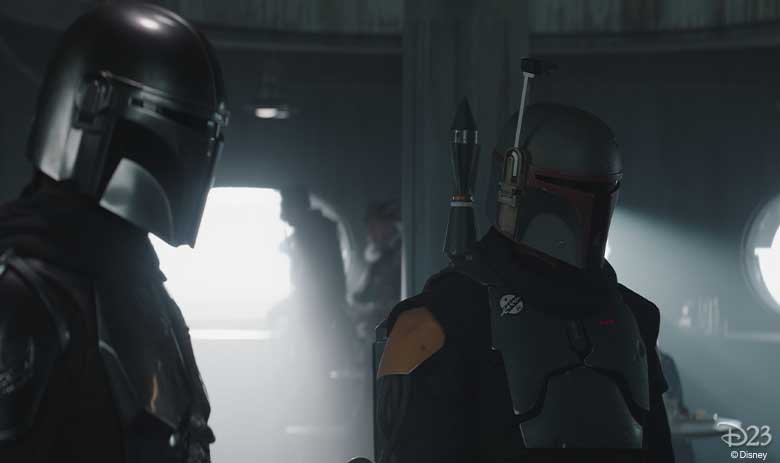 The Mandalorian
…Until season two of The Mandalorian, that is! The first season of the Disney+ original teased Boba Fett’s return in Chapter 5: “The Gunslinger,” when a person walking with a distinctive spur-jingling sound approached Fennec Shand in the desert. We did not have confirmation of the iconic character’s return until season 2… While he had been separated from his armor, Boba Fett was still alive and now working with Fennec. His first mission? Get his armor back! Cobb Vanth, who had traded to get Boba’s lost armor, gifted the iconic helmet and suit to the Mandalorian in return for his assistance with defeating a Krayt dragon. Boba and Fennec tracked the Mandalorian to the planet Tython, where they agreed to protect Grogu in exchange for Boba’s armor. This agreement ended up turning into a chase across the galaxy—but, in the end, Boba Fett was reunited with his iconic armor and he and Fennec Shand jumped off into hyperspace for their next adventure. 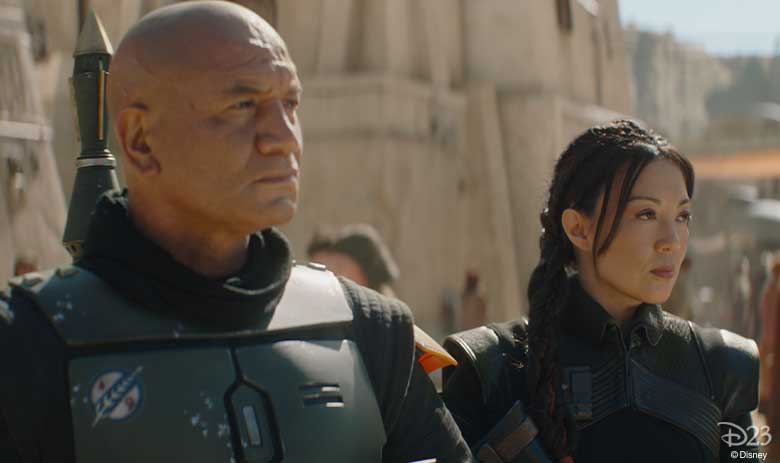 The Book of Boba Fett
Teased in a surprise end-credit sequence following the season 2 finale of The Mandalorian, The Book of Boba Fett finds both Boba Fett and Fennec Shand navigating the galaxy’s underworld when they return to the sands of Tatooine to stake their claim on the territory once ruled by Jabba the Hutt and his crime syndicate. You can watch the next chapter in Boba Fett’s story when the series premieres on Disney+ on Wednesday, December 29.

Now that you know Boba Fett’s Star Wars story, learn more about the history of the character’s creation by watching Under the Helmet: The Legacy of Boba Fett, now streaming on Disney+.

Keep up with all the latest Disney and ‘Star Wars’ information on Disney Tips and like our Facebook page.