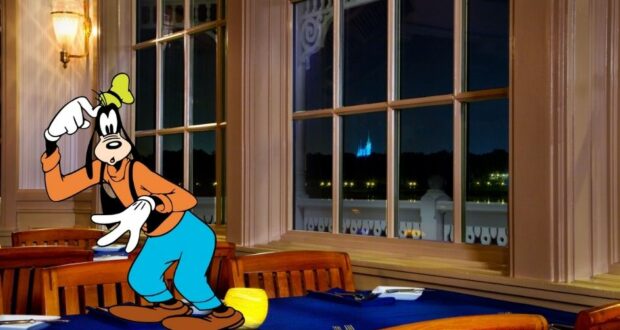 As we close the chapter on May and head into June, we were looking at the upcoming June 2022 refurbishment calendar at Walt Disney World Resort. To our surprise, we quickly spotted a previously announced restaurant closure has seemingly been pushed back.

Disney’s Grand Floridian Resort & Spa is undergoing transformation. The Deluxe Resort Hotel is just a couple of minutes on the Monorail from the beloved Magic Kingdom Park or even a 15 or so minute stroll away from the Disney Park with its new walking path.

Disney Vacation Club Villas are currently being constructed at Disney’s Grand Floridian Resort causing construction noise during daytime hours. While Disney has yet to release a completion date for the construction, they have said they suspect the Villas to be ready by “Summer 2022”.

The restaurants at Disney’s Grand Floridian Resort & Spa have been the focus for many of us Disney foodies. To our surprise, Disney has yet to open its fan-favorite character dining experience, 1900 Park Fare, along with the Garden View Tea Room. Disney has said nothing about these two dining experiences which closed with the Resort during the COVID-19 pandemic and have remained shuttered since.

RELATED: The Lowdown On The Disney Dining Plan Replacement

Not too long ago, Cítricos reopened at Disney’s Grand Floridian with a Mary Poppins Returns (2018) theme. The restaurant is not a character dining spot, but the facelift for the table-service restaurant is nice. Plus, Guests are also enjoying the newly rethemed Enchanted Rose Lounge and the return of Victoria & Albert’s.

Now, we’re scratching our heads with Narcoossee’s. The signature dining restaurant with panoramic views of Magic Kingdom Park across the Seven Seas Lagoon is a stunning place to eat with a delicious menu of coastal cuisine options. From lobster tail to filet mignon, the dinner at this restaurant is exceptional.

Disney previously noted that Narcoossee’s was scheduled to close on June 18, 2022, with its final dining experience to be held on June 17, 2022. Now, when looking at Disney’s calendar, reservations for the restaurant have been extended through July 4, 2022, with no hours listed beginning July 5, 2022.

Why the change? We suspect Narcoossee’s reimagining into an “enhanced table-service experience” is still in the works, but it is likely Disney wanted Guests to enjoy one last Fourth of July at the restaurant. Magic Kingdom Park has announced the return of “Disney’s Celebrate America! – A Fourth of July Concert in the Sky” for both July 3 and July 4. Could Disney be allowing Guests to enjoy the nighttime spectacular fireworks one last time with Narcoossee’s views?

Or, another theory – could Disney be closing one restaurant but preparing to open another at Disney’s Grand Floridian Resort & Spa? Maybe Disney has plans to bring back 1900 Park Fare at the closure of Narcoossee’s but 1900 Park Fare isn’t ready yet, hence the push back in Narcoossee’s closure?

We’re curious to know what’s to come for Narcoossee’s, but will be sure to share an update as we learn more. Time to make those reservations for Narcoossee’s and enjoy the extra time allowing the restaurant to remain open!