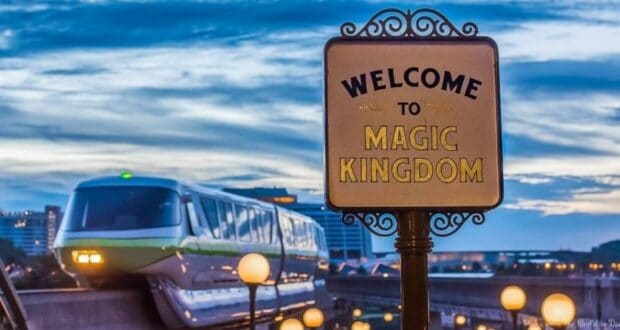 Refurbishments happen… and Disney’s latest addition to the list is a signature dining experience at Disney’s Grand Floridian Resort & Spa.

The Disney Hotel news was followed by the announcement that Grand Floridian’s neighbor, Disney’s Polynesian Village Resort, is getting a new tower of rooms in place of the former Spirit of Aloha Dinner Show.

With Walt Disney World Resort preparing the way for DVC family and friends at Grand Floridian, construction is underway at the Monorail Resort as of March 1, 2022.

Much of the Grand Floridian’s amenities such as the new Grand Spa, reopening of Victoria & Albert’s, and more continue to be available to Guests as promised.

Disney has now however revealed that beginning June 18, 2022, Narcoossee’s at Disney’s Grand Floridian will be unavailable due to refurbishment with reservations at Narcoossee’s available through June 17, 2022.

It wasn’t too long ago we saw another Monorail Resort restaurant refurbished as The Wave… of American Flavors at Disney’s Contemporary Resort transformed into Steakhouse 71.

While Disney has not shared any indicators on if Narcoosse’s will keep its name, its menu, or its elite coastal theme, we do know the panoramic views of the Seven Seas Lagoon and Magic Kingdom’s Cinderella Castle in the distance are ones that can’t be overlooked.

An enchantment to Narcoossee’s could mean a revamped dining experience which we personally are intrigued to learn more about!

Be sure to dine at Narcoossee’s prior to June 17, 2022 before it is officially closed for refurbishment! Disney currently describes the restaurant with:

Delight in superb seafood, steak and more in this waterfront hideaway. Narcoossee’s serves a spectacular, innovative selection of fresh seafood from both local waters and around the globe.

For land-based fare, savor options like grass-fed filet mignon and the Black Angus New York strip. Or, enjoy the best of both worlds with a surf-and-turf dish that features sirloin steak and a lobster tail.

And for a perfect ending to any feast, treat yourself to such sumptuous desserts as the chocolate torte and the almond-crusted cheesecake with Lambert cherry sauce.

We’ll be sure to share any further updates about the future of Narcoossee’s!