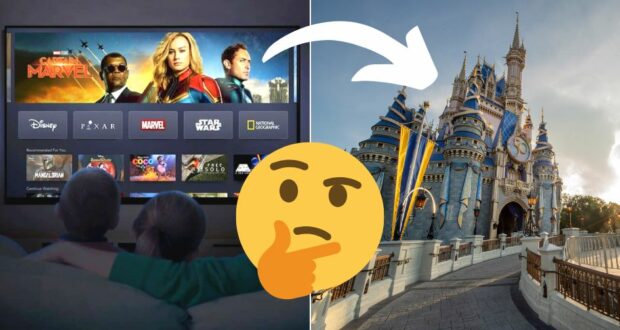 What You Watch Could Soon Impact Your Disney Park Visit

Technology is the way of the future, and The Walt Disney Company seems to be keeping that on the forefront of their minds as they prepare for what’s next for the entertainment giant. But, in a recent report, the Walt Disney Company CEO, Bob Chapek, shared a possible correlation coming that would have what you watch on Disney+ impacting your visit theme park visit.

Disney+ has been a target in the news with recent announcements such as ad placements on the streaming platform. Not only are we expecting a price hike soon, but Disney+ is also preparing to drop several new releases soon with highly anticipated films such as Hocus Pocus 2 and Disenchanted.

RELATED: Commercials are Coming to Disney+…Except for These Two

And after a long day at work, you snuggle up on the couch with the family and turn on Disney+. What’s the movie or series of choice for you and your family? It’s wild to think that there could soon be a relationship between what you watch and what you may experience in a Disney Park.

Check out the audio clip below:

Imagine a system that would recognize both the data that Disney captures on Guests in the Parks and data captured on Guests that stream Disney+. Disney is looking for that competitive advantage, and Disney CEO, Bob Chapek believes this may be the way.

The responses to the audio vary with some people saying “That sounds creepy!” while others say “That sounds absolutely fascinating honestly. I’m very intrigued by this.”

RELATED: ‘Disney Prime?’ A Membership Program for Disney Fans Might Be in the Works

If you watch a lot of Marvel experiences, could the Disney Genie help you navigate to Marvel features throughout the Park, such as EPCOT’s Guardians of the Galaxy: Cosmic Rewind? If you watch a lot of Princess shows on Disney+, could Disney suggest dining at Magic Kingdom’s Cinderella’s Royal Table? If Mickey shorts are your thing, could Disney encourage you to visit Disney’s Hollywood Studios to ride Mickey & Minnie’s Runaway Railway?

There are so many questions!

When and how Disney plans to develop this Disney+ data to impact a Guest’s visit to a Disney theme park is still a mystery. As usual, we’ll be sure to keep Disney Tips writers updated as we learn more about this interesting endeavor Disney could be developing.

2022-09-15
Jamie Sylvester
Previous: The Disney World Bar Crawl You Have to Try This Fall
Next: “Aladdin” Star Evacuated from Disney’s Guardians Ride