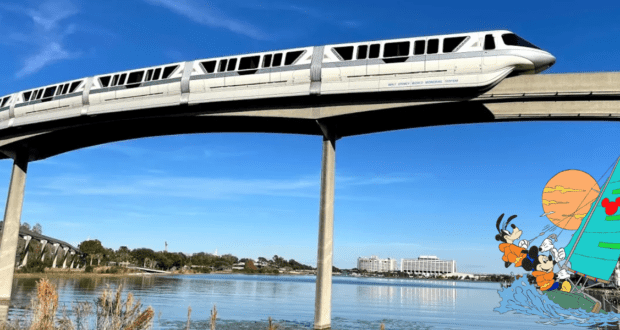 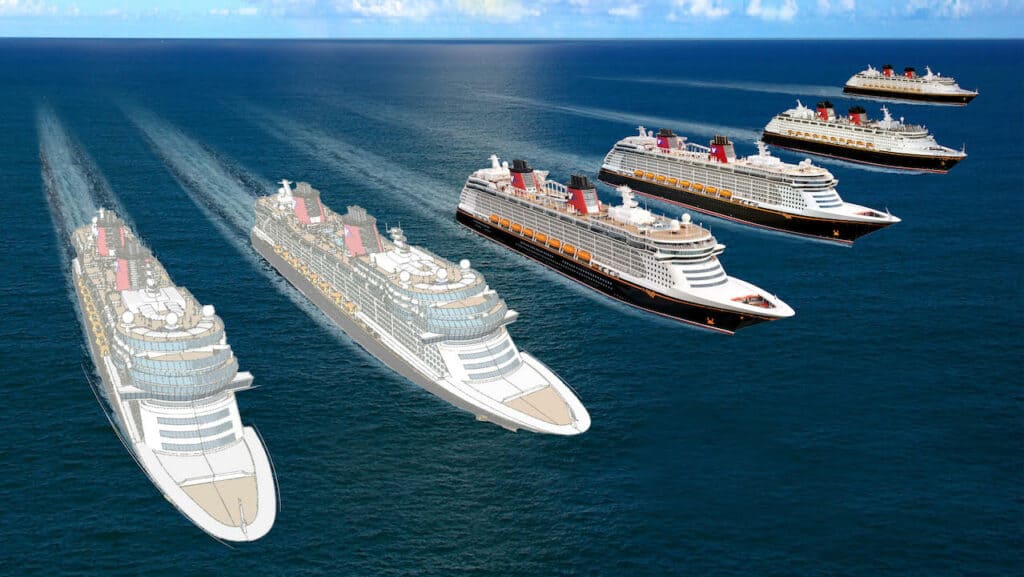 But, whilst Disney Cruise Line comes to mind, there is in fact another Disney Cruise ship that never actually sailed. In fact, the Disney ship were talking about, was never intended to sail either. Instead, it was always planned to be a Walt Disney World Resort hotel.

Located on the shores of Seven Seas Lagoon and Bay Lake, Disney’s Contemporary Resort was one of three original Disney Resorts to open with Magic Kingdom on October 1, 1971. The other opening-day Resorts were Disney’s Polynesian Village Resort, then known as Disney’s Polynesian Resort, and Disney’s Fort Wilderness Resort & Campground.

Disney’s Contemporary Resort is purposefully placed in its location around Seven Seas Lagoon, as it offers the backdrop to Magic Kingdom’s Tomorrowland. This modern Disney Resort offers Guests visiting, stunning views of Magic Kingdom, looking across Space Mountain and the rest of Tomorrowland towards Cinderella Castle. California Grill also offers Guests a Signature Dining experience, whilst enjoying Disney fireworks. The hotel is very much a Lake Buena Vista icon, and this comes as no surprise, given the dimensions of the main building of the Walt Disney World Resort. The famous A-frame is 184 feet high, 224 feet wide and 468 feet long. 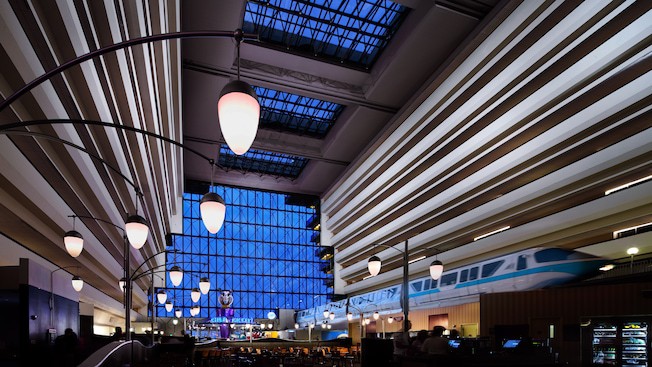 But, not only does this original Disney Resort have a perfect location, its design also takes inspiration from a Cruise ship. When passing through Disney’s Contemporary Resort on the Disney Monorail, Guests will get a view of Guest Room doors. The design of the A-Frame, which is the main tower of the Disney Resort, was initially intended for all Guests staying to have a view of the grand lobby when they left their hotel room. Whilst Disney Cruise Line ships do not follow this design feature, there are many other Cruise Ships around the world that offer this to their Guests.

Speaking of Guest Rooms, there are more secrets to be told that add to the history of this classic Walt Disney World Resort hotel.

A reflection of the time when these Resorts opened, Disney’s Contemporary Resort and Disney’s Polynesian Village Resorts, have some of the largest Guest rooms on Disney property. To stay in larger rooms, most Guests have to stay in a Disney Vacation Club Resort, such as Disney’s Old Key West or Disney’s Saratoga Springs Resorts.

Guests who secure a room in the main building of Disney’s Contemporary Resort can select a Theme Park View, which also guarantees them a fireworks view, allowing them to enjoy Magic Kingdom’s fireworks from their own balcony. Not to forget that they will also have a stunning view of Disney’s Grand Floridian Resort and Spa across Seven Seas Lagoon. Guests choosing to stay in this Deluxe Resort can also select Garden Views and Lake Views, as well as being able to secure a Club Level stay too. 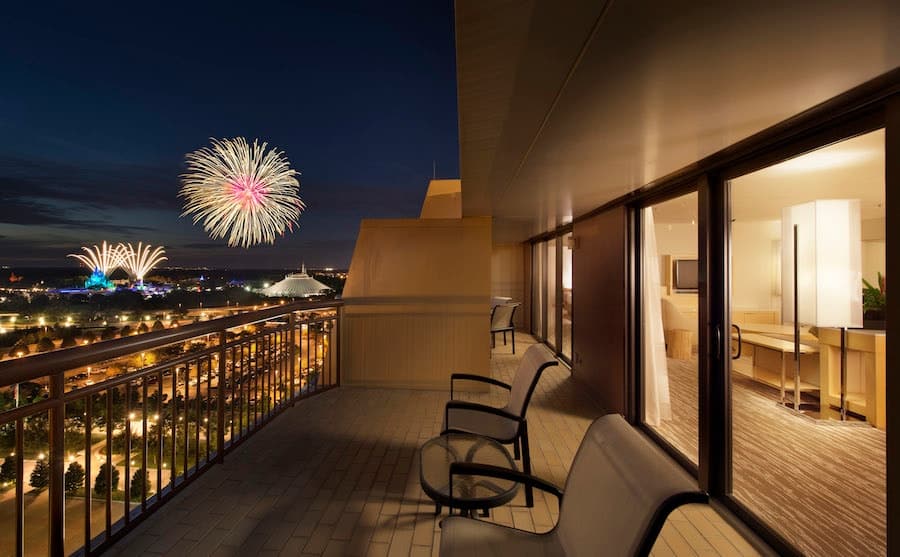 A Resort that celebrates travel

Disney’s Contemporary Resort is famous for the Disney Monorail passing through it. Whether you are a Guest travelling on the Express Monorail to Magic Kingdom Park, or using the Disney Resort Monorail, to navigate around Seven Seas Lagoon, you will likely never tire of passing through this original Disney Resort. This is one way in which Disney’s Contemporary Resort celebrates travel.

Additionally, level 4 of the Resort, which is where Guests can access Chef Mickey’s, Contempo Cafe, the Fantasia and Bayview Gifts stores, and of course enter the line for the Disney Monorail, is known as Grand Canyon Concourse. It’s name pays homage to the 90-foot-tall tile mural by artist Mary Blair, known as The Pueblo Village. In 2021, a new mural was added to the resort inspired by The Pueblo Village in the lobby, known as The Spirit of Peace Among Children.

This unique art piece was designed from research on the Grand Canyon and the Southwest, and consists of 18,000 1-foot squared ceramic tiles. Whilst it may seem like an odd piece to feature in such a modern hotel, it was chosen as a feature to help soften the rigid internal edges of the space inside of Disney’s Contemporary Resort. 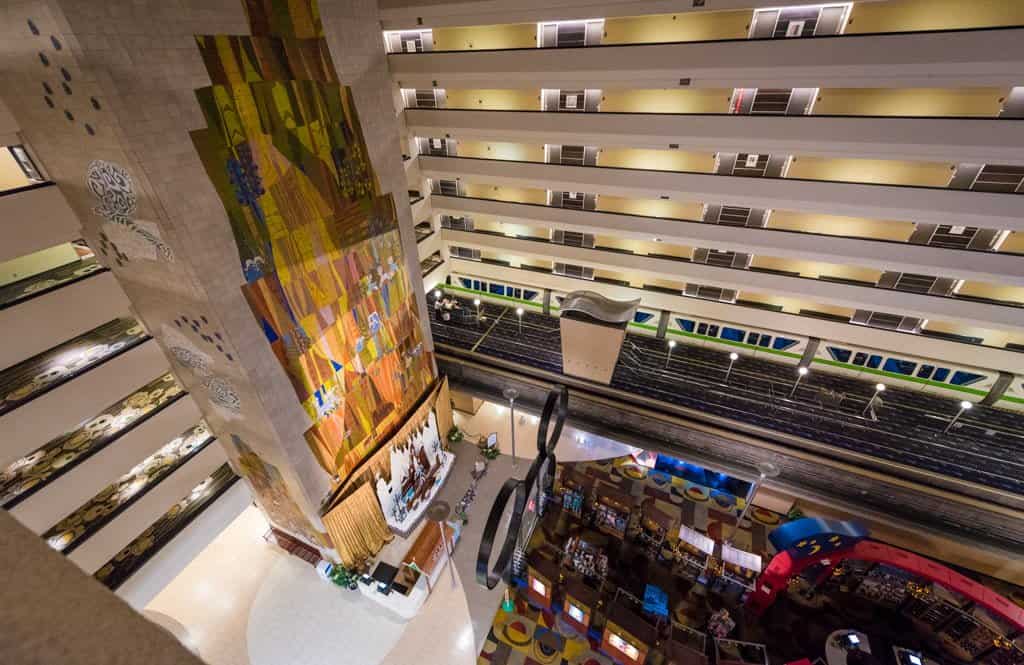 Other secrets and tips of Disney’s Contemporary Resort

Whether you choose to stay at this ultra-modern Disney Resort, or instead pass through as a Guest, whilst enjoying all that it has to offer, there may be some features that you didn’t know about. Let us share with you a few of Disney’s Contemporary Resort’s secrets and tips: 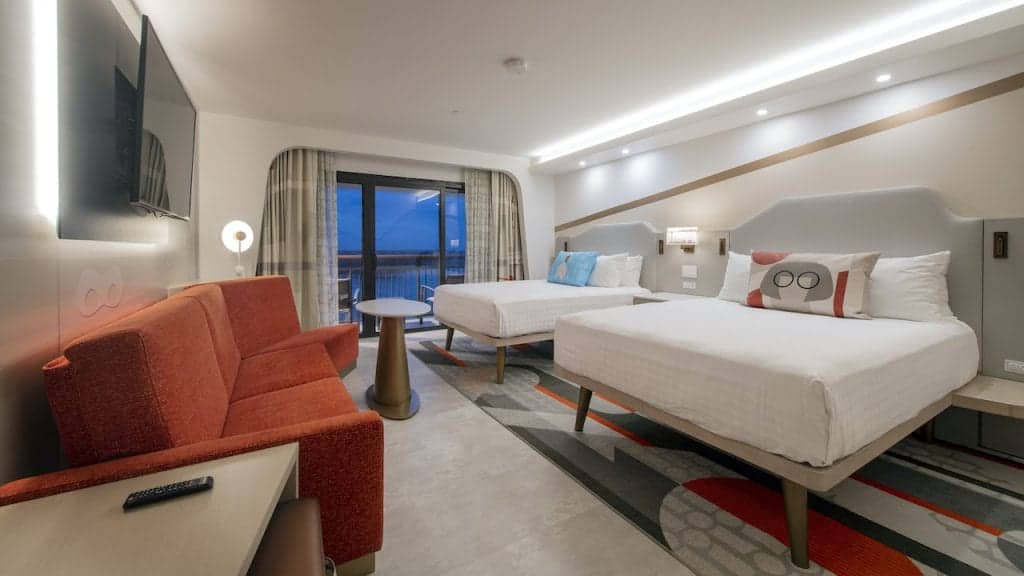 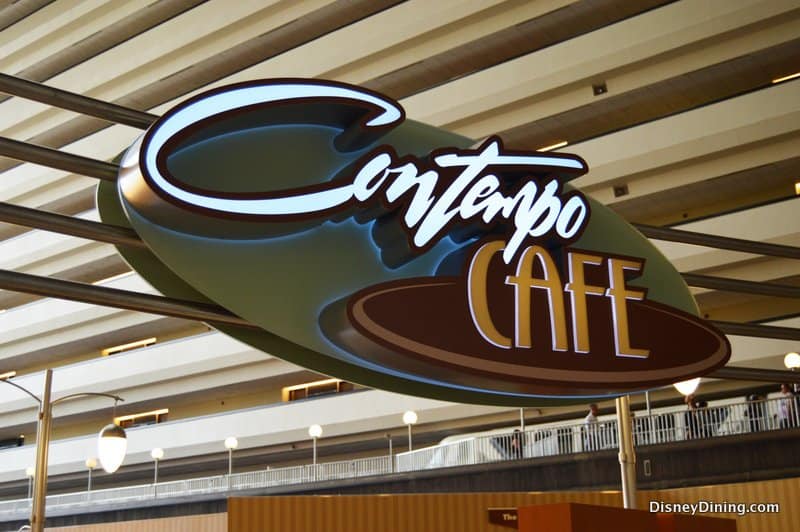 Next time you’re exploring Disney’s Contemporary Resort, enjoy admiring it knowing these facts and secrets. It’s a great place for Disney dining, shopping, fireworks viewing and place to relax after a day in a Disney Park! We love to find the couches in the lobby on the ground floor, or on the levels leading up to Grand Canyon Concourse, to rest our feet after buys Disney day!