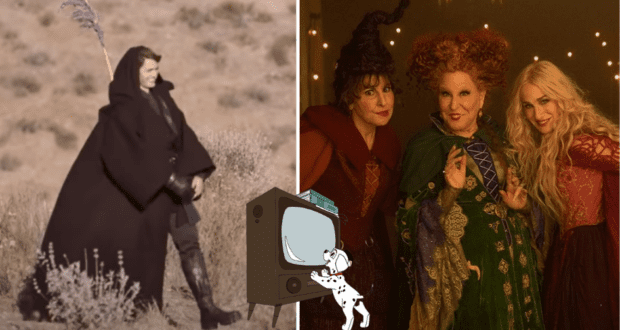 Disney+ Day is right around the corner, with a plethora of new content coming to subscribers of the streaming platform. The event takes place on September 8, the day before another popular Disney fan offering.

D23 Expo runs from September 9-11, and Disney aficionados can’t wait to hear all the exciting announcements Disney will undoubtedly make. Yesterday, we talked about one of the epic new titles coming to the streaming service next month. Pinocchio (2022) will premiere in live-action form, and fans cannot wait to watch the classic tale transformed. Here are our top picks for NEW Disney content you won’t want to miss this September!

Let’s start with Disney+ Day. Ka-chow! Fans of the Cars (2006) movies will be treated to a nine-episode original series, Cars on the Road (2022). Featuring  Lightning McQueen and his best pal Mater, the duo will venture east on a trip to meet Mater’s sister.

Some behind-the-scenes originals have been turning the heads of Disney fans on social media as they eagerly await their premiere. Marvel and Star Wars (1977) fanatics, brace yourselves because you’ve got some killer content coming your way! Obi-Wan Kenobi (2022) broke records this year, becoming the most watched Disney+ premiere of all time. Ewan McGregor stars in the sweeping Star Wars series, and social media has been absolutely bursting with enthusiasm at the announcement of a behind-the-scenes look at its making.

With rare footage of incredibly private actor Hayden Christensen who iconically plays Darth Vader, Obi-Wan Kenobi: A Jedi’s Return (2022) is sure to entertain fans of the galactic franchise. In addition to Disney+ Day’s special programming, there are several other movies and shows coming to the streaming platform. Most notably, the spinoffs/sequels, The Mighty Ducks: Game Changers, Andor, and Hocus Pocus 2 are sure to garner a large audience who favor the original stories. Check out the complete list of all the content coming to Disney Plus in September on D23!

2022-08-24
Christy Weinberg
Previous: Unpopular Disney Opinions We Hope You’ll Forgive Us for Sharing
Next: The Quick-Service Restaurants We Always Leave The Disney Parks For