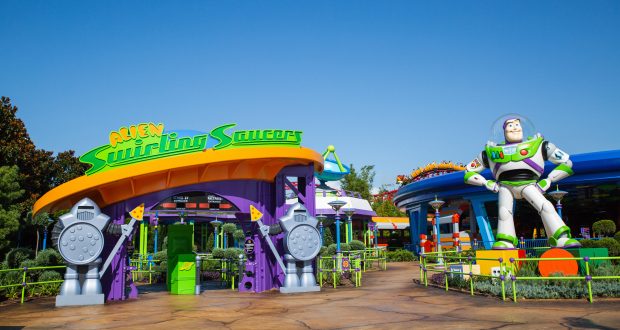 Experiences We Pass By On Our Walt Disney World Vacation 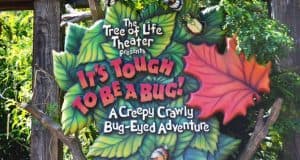 It’s Tough to Be a Bug- Disney’s Animal Kingdom

One experience in Disney’s Animal Kingdom that we pass by is It’s Tough To Be A Bug.

When our kids were little, we skipped this ride because they did not enjoy it.  The loud noises and intense scenes were just too much.

As our kids have grown older, we often bypass this experience, as there are many other rides they would prefer to do instead.

Although it is nice to have some air conditioning and to sit down, It’s Tough to Be A Bug is one experience that we pass by in Disney’s Animal Kingdom. 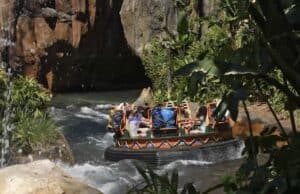 Another ride in Disney’s Animal Kingdom that we find ourselves passing by during our visits is Kali River Rapids.

As a water ride in a hot Theme Park, it is surprising that we wouldn’t choose to use this ride to cool down, but it never finds itself on our touring plan.

As we don’t like walking around the Theme Park soaked, this is the biggest reason why we pass by Kali River Rapids.

It is extremely likely that we will get wet, even drenched, on this ride, and that isn’t something that we want to deal with.

We also feel like Kali River Rapids isn’t a ride that has a lot to offer, beyond the chance of cooling off.  The storyline is somewhat lacking, and could use some updates.

Unless it is a really hot day and we want to get wet, Kali River Rapids is one that we pass by during our Disney’s Animal Kingdom day. 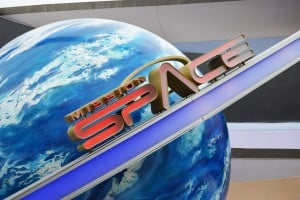 In EPCOT, the one ride we pass by during our visit is Mission: SPACE.

The main reason we skip this ride is because it gives us major issues due to motion sickness.

Even though there are two different versions of this ride that Guests can choose from, orange or green, they both cause discomfort when it comes to motion sickness.

Even though it’s a simulated launch to outer space, we find ourselves avoiding Mission: SPACE so our whole day at EPCOT isn’t impacted. 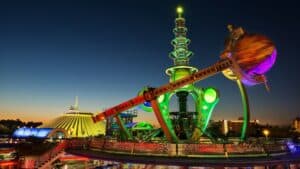 In Magic Kingdom, there are a few rides that we pass by during our visits.  The first one we tend to skip is Astro Orbiter in Tomorrowland.

This is a typical spinner ride very much like the beloved Dumbo.  What makes Astro Orbiter not one we need to experience often is the long waits.

Because Guests have to take the elevator up to load and then back down again, the wait times can be longer than Dumbo or Magic Carpets of Aladdin.

With longer wait times, we often prefer to skip Astro Orbiter and head to our favorite spinner ride, which is Dumbo in Storybook Circus.

If Astro Orbiter is a ride that you are interested in, think about riding at night so you can see all the lights high up above Magic Kingdom. 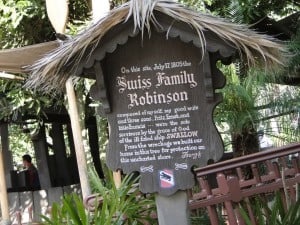 Found in Adventureland at Magic Kingdom, Swiss Family Treehouse is the ultimate treehouse but one that we tend to pass by during our visits.

The treehouse is based on the Swiss Family Robinson story, and shows how they built the treehouse after they were shipwrecked. Although it is interesting to see the details of the treehouse, we prefer not to climb up six stories in the heat of the day.

It has 116 stairs which can be hard on Guests when they are already worn down.  There is also not a lot of room, making it hard to maneuver around other Guests.

Even though we think the imagineering that brought this treehouse to Magic Kingdom is amazing, it isn’t an experience we take time to enjoy on our vacations.

If you do find the motivation to climb high up in the treehouse, there are some fantastic views of Adventureland. 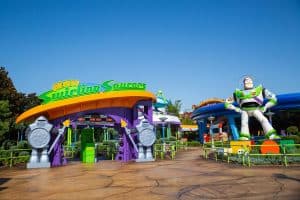 Disney’s Hollywood Studios has one ride that we tend to pass by during our visits and that is Alien Swirling Saucers.

Found back in Toy Story Land, Alien Swirling Saucers is one of three rides in this land and the least exciting, in our opinion.

Although we prefer to avoid this ride because of the slight spinning that takes place, overall, we feel like this ride doesn’t have a lot to offer.

Little ones might enjoy this ride; however, if you have older children there are a lot of other choices in Disney’s Hollywood Studios that will be more of a priority.

Because of all the other options in Disney’s Hollywood Studios, we pass by Alien Swirling Saucers while visiting Walt Disney World.

There are many amazing experiences throughout Walt Disney World, making it hard to see and do it all.  Because of this, there are some rides and attractions that we pass by during our Walt Disney World vacations.

We hope our list helps you as you make your Walt Disney World vacation plans.  Will you pass by these rides too, or are they ones your family will enjoy?