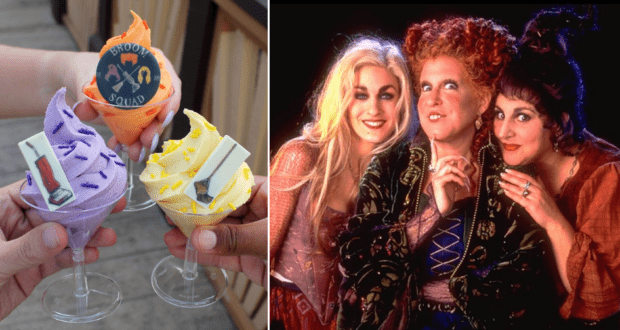 Fall has arrived at the Walt Disney World Resort and with it comes spooky sweets and treats that we cannot wait to try!

With new snacks arriving just for the season at Mickey’s Not-So-Scary Halloween Party and the EPCOT International Food & Wine Festival, there is a lot to try all around Disney Parks and Resorts through Halloween and beyond.

One of the most exciting sets of treats to join the fall foodie lineup is available to all Guests visiting Disney World, even if they do not have a Park ticket to use. Here’s what you need to know about one of the season’s best DOLE Whip deals. 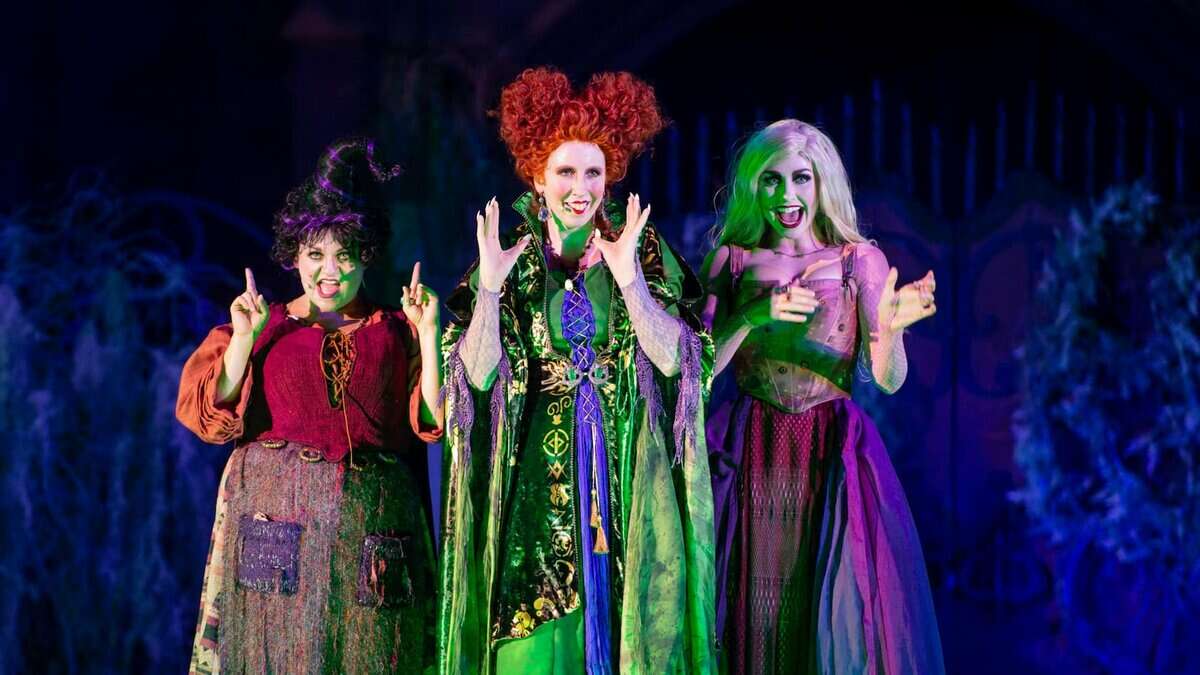 After you catch your first glimpse of the Sanderson Sisters at the Hocus Pocus Villain Spelltacular (part of Mickey’s Not-So-Scary Halloween Party), you’ll need to head right over to Disney Springs!

You do not need a ticket to explore Disney’s own shopping, dining, and entertainment complex, and while you’re there, you can head over to Swirls on the Water to try the new Hocus Pocus-inspired DOLE Whip flight. 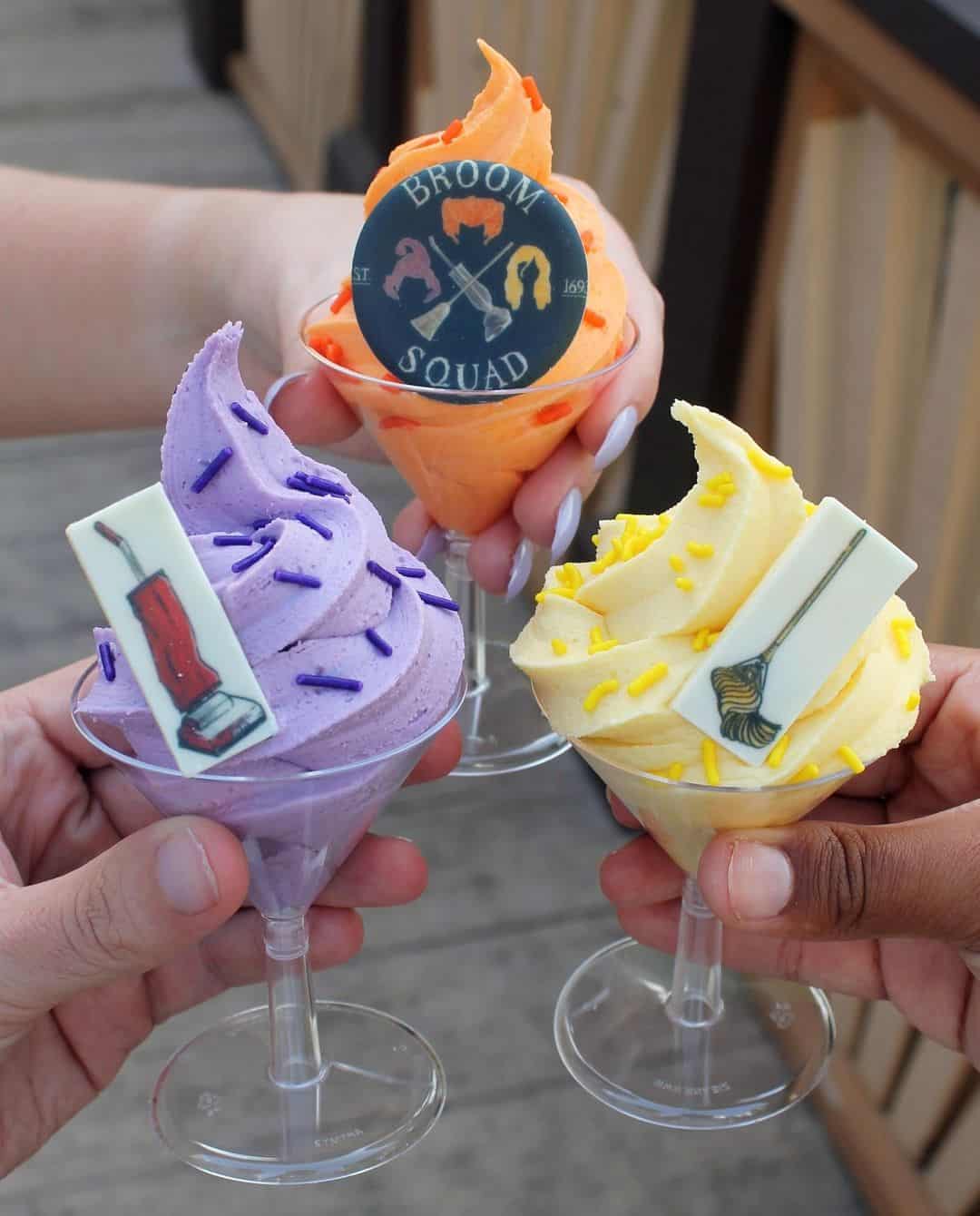 Swirls on the Water is the ultimate DOLE Whip destination at the Walt Disney World Resort, offering several takes on the classic Park snack including multiple flights and even boozy options featuring soft serve blended with sangria.

Right now, just for the Halloween season, Swirls on the Water is serving up the new Witches’ Flight, which features a serving of DOLE Whip inspired by each of the Sanderson Sisters, Winifred, Sarah, and Mary. Along with candy pieces inspired by each of Salem’s most infamous witches, the flight includes pumpkin soft-serve, purple cheesecake soft-serve, and classic DOLE Whip. Disney has not confirmed an end date for the Witches’ Flight DOLE Whips, but we expect them to be available at least through Halloween on October 31, 2022.

In the meantime, you can get your Hocus Pocus fix around Walt Disney World by seeing the Sanderson Sisters for yourself at Mickey’s Not-So-Scary Halloween Party, and by getting ready to stream Hocus Pocus 2 when it debuts on Disney+ on September 30!