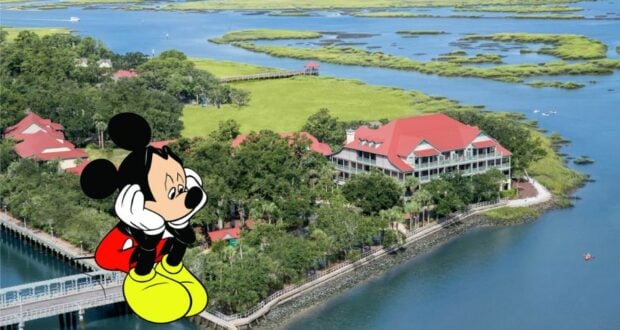 Hurricane Ian brought catastrophic damage to Florida. As it hit on September 28 as a Category 4 (nearly a Category 5), the Sunshine State is surveying the excessive damage that brought unprecedented floods to the state, including the Walt Disney World Resort area in Orlando. But, sadly, Hurricane Ian isn’t done yet.

Hurricane Ian turned into Tropical Storm Ian as it swept through Florida. Now, the storm is churning in the Atlantic, just off the border of South Carolina. Unfortunately, the storm has gained strength again and turned back into Hurricane Ian with a Category 1 status with maximum sustained winds of 85 mph.

RELATED: Walt Disney World’s Opening After Hurricane Ian: What You Need to Know

The Disney Hilton Head Island Resort is located on the picturesque coast of South Carolina and features an elegant, relaxing home-away-from-home as it is fashioned after a 1940s hunting and fishing lodge. The Disney Resort is known for its perfect, calming family getaway with 12 miles of stunning beaches in the Lowcountry of South Carolina.

Currently, Hilton Head Island and surrounding areas have been issued Hurricane Warnings. Several businesses and schools have been closed as of 4:00 pm ET on September 29 in preparation for the storm’s arrival on September 30, 2022.

Thankfully, much like Walt Disney World Resort, Disney’s Hilton Head Island Resort knows how to take the necessary precautions to keep its Disney Resort Guests and Cast Members safe. The island’s bridge is still open as the hurricane approaches, which in the “Lowcountry” is a good sign that the residents are hoping for a positive outcome as the storm shifts north.

As always, we will be sure to keep Disney Tips readers updated as we continue to follow Hurricane Ian’s path of destruction. Our thoughts are with our South Carolina friends and family as they await the storm’s arrival.

2022-09-30
Jamie Sylvester
Previous: How to Order ‘Hocus Pocus’ Frappuccinos From Starbucks Secret Menu
Next: ‘Hocus Pocus 2’ Conjures Nostalgia, But Will Audiences Fall Under Its Spell?