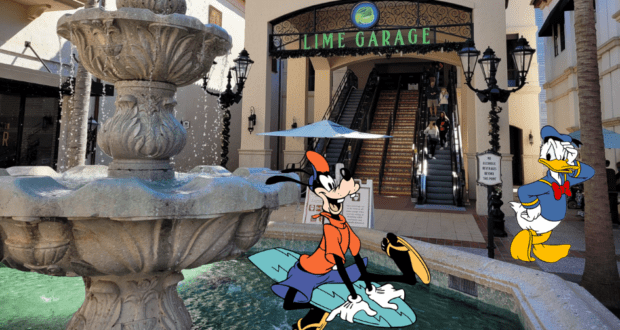 Surf’s Up! Man Tries To Catch a Wave in Disney Springs Fountain

Just when we thought we’d seen it all in terms of ridiculous shenanigans at Walt Disney World Resort, someone had to go ahead and up the ante. We’ve covered numerous accounts of disrespectful behavior here on Disney Tips as of late, leaving Guests scratching their heads, wondering what people are thinking!

Walt Disney World takes the lead when it comes to inappropriate activity, followed by Disneyland Resort and Disneyland Paris. Across the sea, in Disney’s European Theme Park, known as a more upscale location, several incidents were recently recorded. 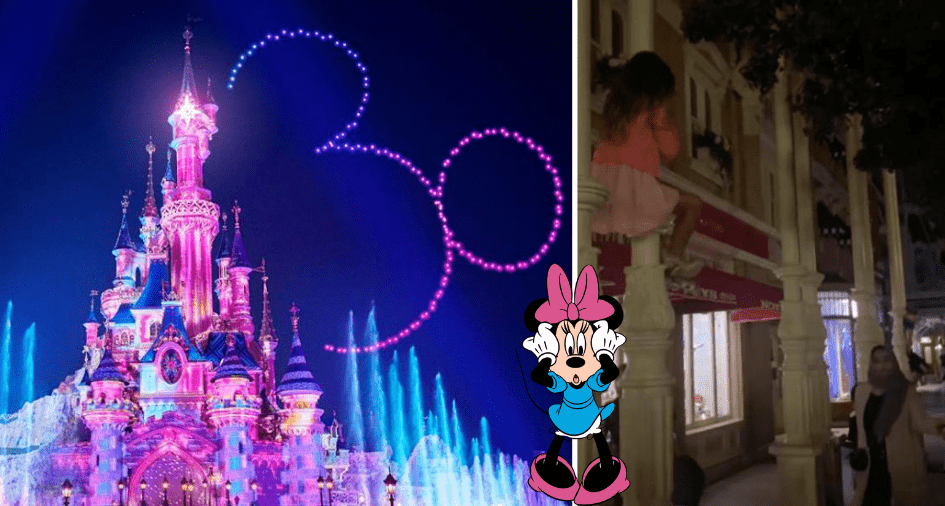 The most infamous involved a child who climbed a light pole with parents out of sight, insinuating the behavior was acceptable to them. Other disrespectful incidents included trespassing, riding scooters through prohibited areas, and more.

At Disneyland Park, a few fights were recently captured on camera, which is surprising for the usually mild-mannered location. The most widely reported incident occurred at Fantasmic, but Guests were also spotted fighting outside Disney’s swanky Club 33 near Pirates of the Caribbean and before a parade on Main Street, U.S.A. 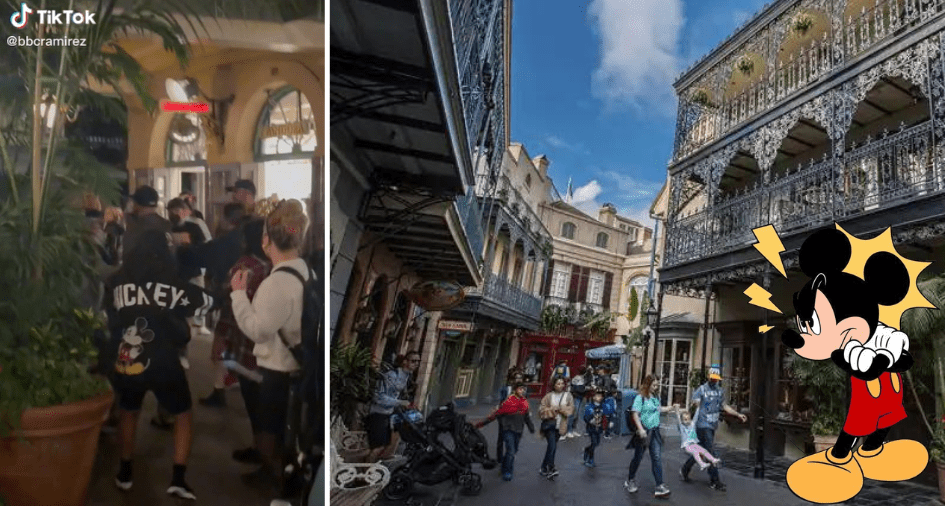 Despite the variety of incidents reported at Disneyland Resort and Disneyland Paris, Walt Disney World undoubtedly takes the cake regarding reckless behavior. From publicized reports of brawls and child abuse that resulted in arrests and bans from the Resort, Florida has become famous for making a scene. 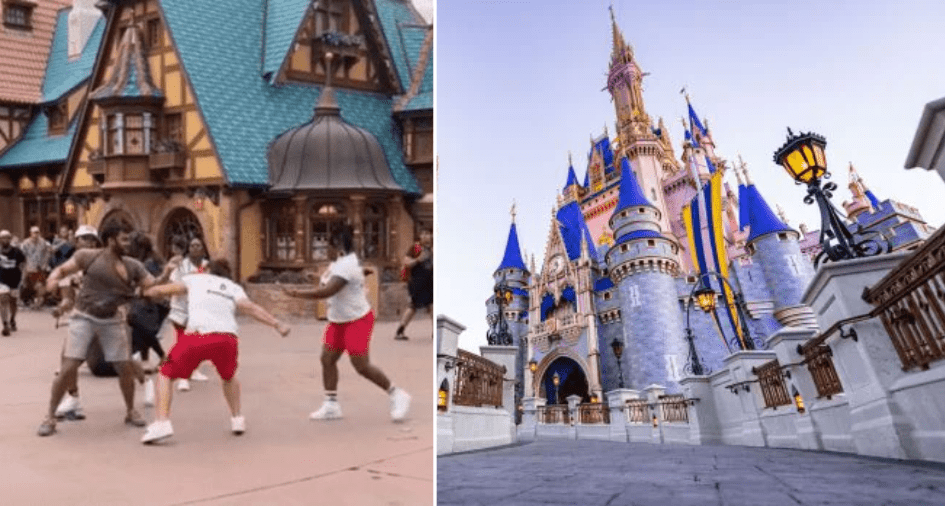 Disney Springs has now been added to the list of locations exhibiting unruly behavior. A Twitter post by @MichaelSheehyJr features a man with a surfboard casually hanging out inside a water fountain in front of the Lime Garage.

One question…why?! What would possess someone to step into a decorative fountain on Disney property? Disney Springs is a popular place for Guests seeking exclusive shopping and fine dining options.

To make matters worse, the gentleman looks surprised a security guard is confronting him. Walt Disney World Guests can be seen in the background staring at the unusual situation in confusion.

This odd display begs the question, what will happen next?!