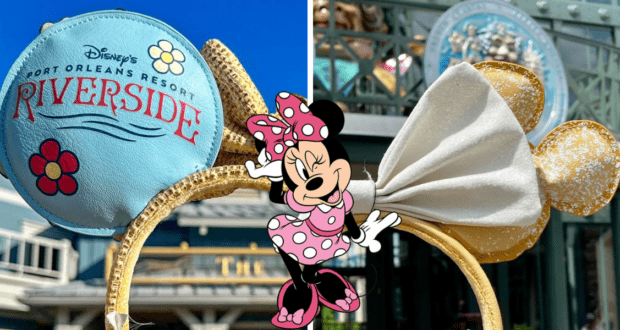 New Disney Mouse Ears to Add to Your Collection

Mouse ears are a favorite accessory to wear in the Disney Parks for many Guests. What originally started as an accessory that was in honor of everybody’s favorite mice, Mickey and Minnie, is now a tradition for Guests from around the world to wear in any Disney theme park. If you’re anything like us, you won’t visit anywhere in Walt Disney World without a pair of mouse ears as part of your outfit. And yes, that does include going to the pool or the Disney water parks! 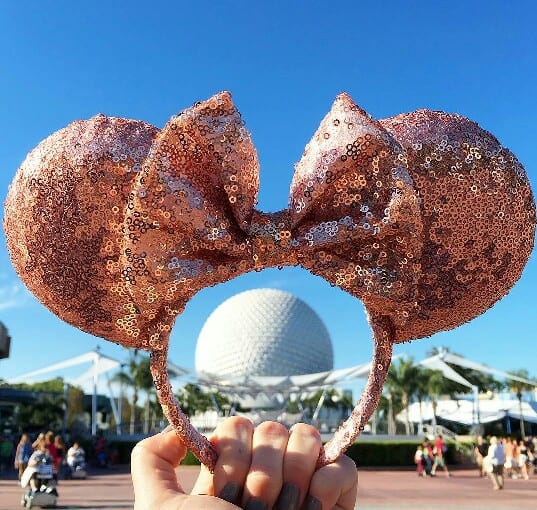 Over the last few years, social media has become the perfect platform for small businesses to pop up and share their products for people to buy. Home decor and mouse ears are two of the Disney-inspired products that have proven to be really popular for small businesses, and the pieces created really are works of art.

The mouse ears created by small businesses offer Guests the chance to wear unique accessories, often showcasing their favorite Disney characters, Park attractions, snacks, and Disney Resorts. Ask some Guests, and they may even tell you that they no longer purchase official Disney Parks ears(me included!); there’s nothing worse than walking around seeing everybody with the same mouse ears as you!

It could be said, though, that the Mickey ear creations from small businesses have inspired the Walt Disney Company to up their game. Whilst Disney Park Mickey ears used to mainly follow the design of velveteen ears with a variety of bow designs, they now come in a variety of designs inspired by Disney Parks attractions, characters, and even the EPCOT International Festivals. Disney has even teamed up with famous designers, bringing the Disney Parks Designer Collection of mouse ears to the Walt Disney World Resort. Mouse ears are a hit for Disney merchandise, after all!

Loungefly is a popular brand amongst the Disney community, known for its backpacks and handbags. Particular designs have been known to sell out very quickly; the recent Peter Pan’s Flight backpack, as part of the Disney Store Main Attraction series, sold out in the Disney Parks and online, although stocks likely went to many resellers.

Loungefly is now also known for its collection of Disney mouse ears. Their collection has included designs such as Minnie balloons, Fantasia; Pixar ball; Mick-o-Lantern, and more recently, Mickey Waffle ears. More recently, Loungefly has released mouse ears specific to some of the Walt Disney World Resort hotels. Currently, Disney’s Riviera Resort, Disney’s Polynesian Village Resort, and Disney’s Art of Animation Resort are some of the Disney hotels that have their own Loungefly mouse ears. In the last few days, a new Loungefly set of ears arrived in Walt Disney World, inspired by the Guest-favourite Mickey Premium Ice Cream Bar. Whether you are a mouse ear collector or are on the hunt for your next pair to purchase, you’ll be interested to know about the latest designs that have arrived in the Disney Parks and Resorts over the last week.

This gorgeous new design by Loungefly is available to purchase in Fulton’s General Store for $39.99 plus tax. They are perfect for anyone who loves Disney’s Port Orleans Riverside Resort.

The headband and bow are made of canvas material, offering a gorgeous backdrop for the metal Disney Loungefly logo on the ear headband and the metal Minnie Mouse charm in the center of the bow. The Mickey ears are made of pleather, in a light blue, and feature pink and white flowers and leaves. Some of the flowers are layered onto the ears, offering a 3D effect, and are finished with gold Mickey heads. There is even detailing on the rear of the ears. The right ear is a continuation of the floral details; the left features the name of the gorgeous Disney Resort the ears are themed after. 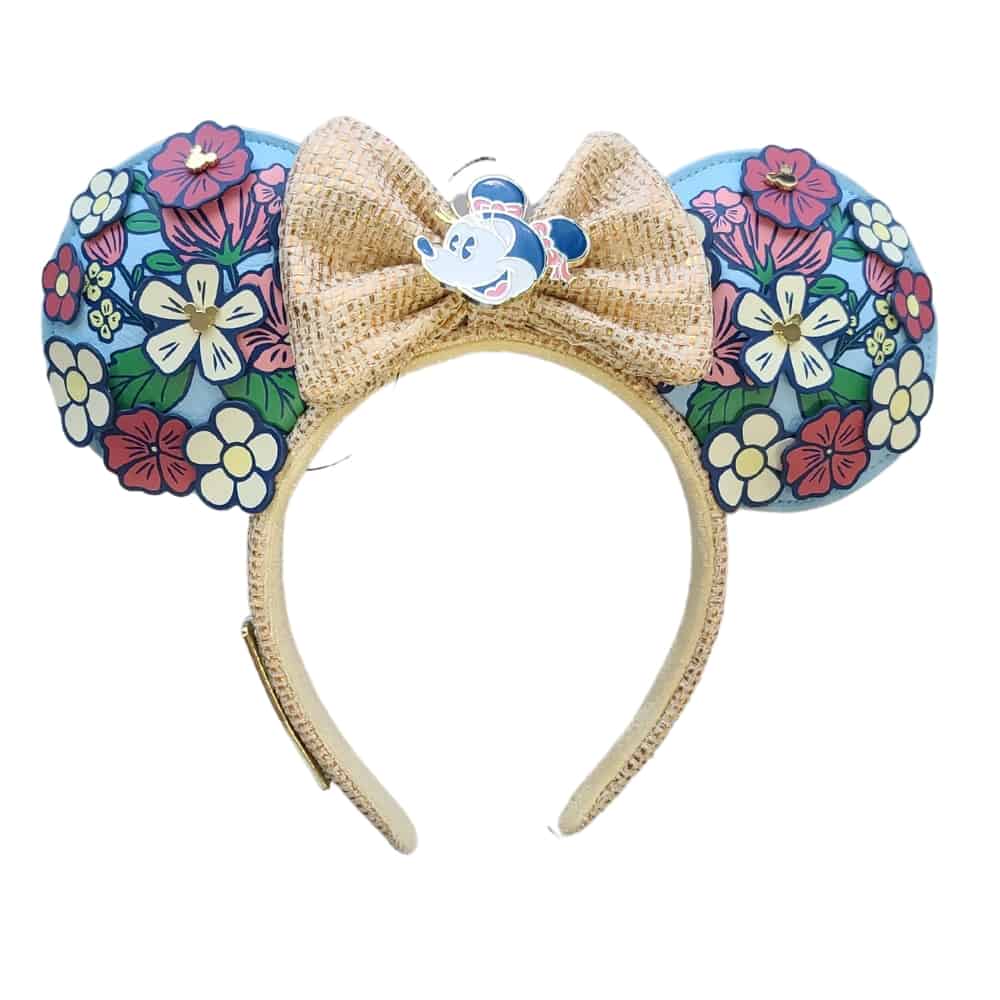 If you’re interested in these ears, we recommend heading to Disney’s Port Orleans Riverside as soon as you can. We’ve heard already that they are incredibly popular and selling fast!

Keeping with the theme of Walt Disney World Resort hotel ears, a new set has arrived at Disney’s Port Orleans French Quarter this year. The Disney Resort is known to be the destination for a favorite Mickey-shaped snack, beignets. It seems only right then for the French Quarter ears to feature Mickey beignets, finished with white glitter for the powdered sugar. Not only that, but they are even scented, which will help to remind you of that deliciously sweet smell of beignets. The ears also feature a large white-glitter bow, and a yellow pleather ear headband, with the metal Disney Loungefly logo. Turn the ears around, and the left ear features Disney’s Port Orleans French Quarter Resort logo. These ears have been known to sell out earlier on in the year when they were first released. They are again available in Jackson Square Gifts & Desires in the Disney Resort for $39.99 plus tax.

The final pair of new mouse ears to arrive in the Walt Disney World Resort this week are inspired by Princess Jasmine. These new Minnie ear sets are part of the Disney x BaubleBar collection. Made of velveteen fabric, the ears feature moons and stars in gold stitching. The bow is gold, with a mint green band and a blue stone set in the center. There is also a gold plate on the headband displaying the Disney x BaubleBar logo. You’ll need to visit Magic Kingdom to pick up a pair of these new ears. 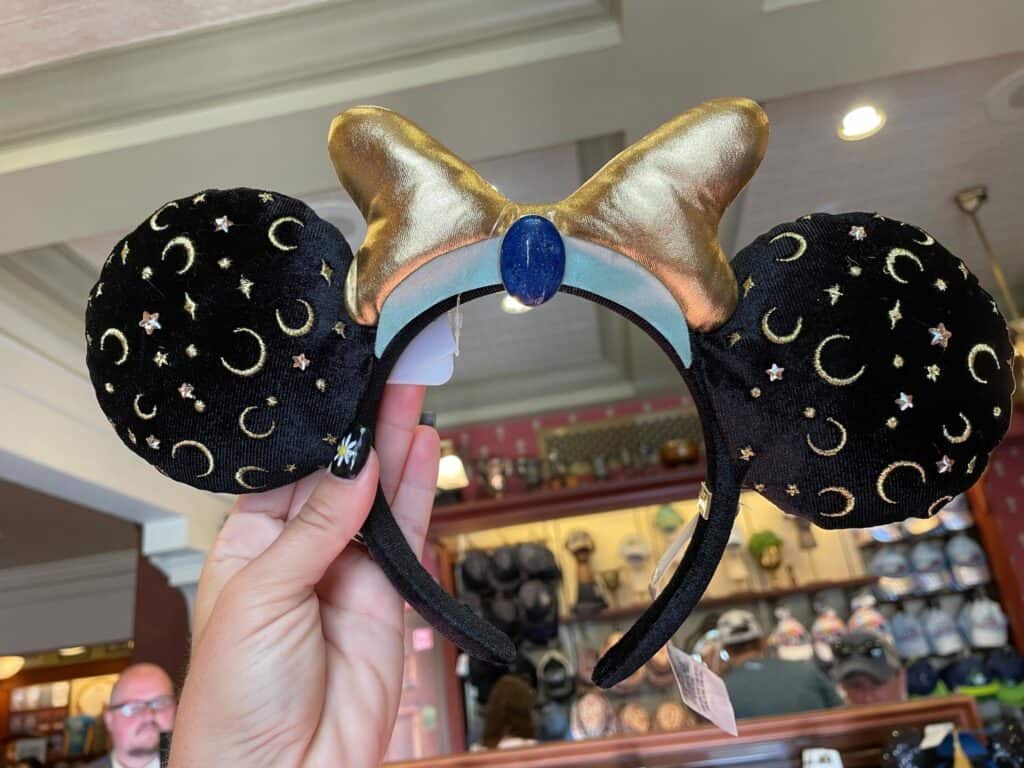 Are any of these sets of ears on your shopping list for your next Disney vacation? What other designs would you love to see featured as a pair of mouse ears?