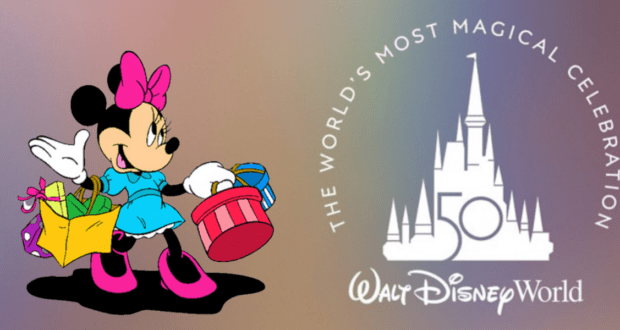 The Dated Disney Merchandise We Love And Hate

A visit to any Disney theme park around the world isn’t complete unless you’ve bought a piece of merchandise. Whether it’s something small like a magnet or keychain, or a piece that costs a bit more, such as a Christmas ornament or Disney Pin. You may even go all-out and buy Disney apparel or a limited edition bag (no judgments made when it comes to spending at Disney – we love to treat ourselves too!).

We think it’s fair to say that you can’t help but browse Disney stores when on a Disney vacation – even if you’re not a big shopper! Due to its size, the Walt Disney World Resort offers some of the largest Disney stores, as well as the most shopping locations in comparison to any other Disney Park and Resort around the world. And we certainly aren’t complaining about that!

The Disney merchandise on offer has got us thinking though…

With Walt Disney World currently celebrating its 50th Anniversary, we’ve noticed that a large portion of the merchandise currently available for Guests to purchase, is centered around this celebration. Because of this, there appears to be a reduction of the famous, or infamous (depending on whether you love or hate it!), Disney Parks dated collection merchandise that usually commemorates visits to Walt Disney World in a particular year.

With this in mind, we wanted to discuss the Disney Parks dated merchandise that is usually available for Guests to buy, and give our opinion on it. 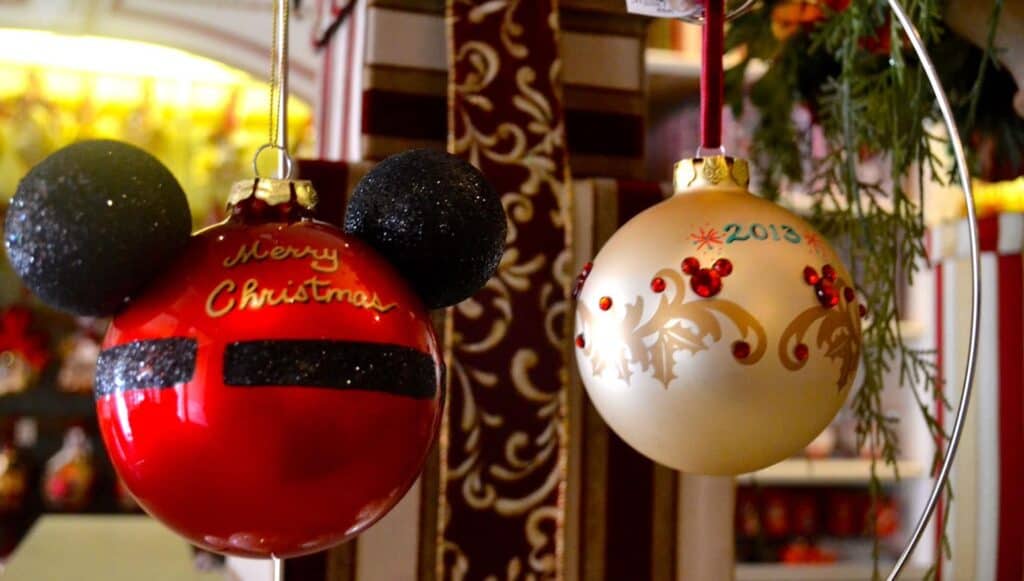 Magnets are a great collectors’ item that do not have to be limited to your travels in and around the Disney theme parks. We love to collect magnets from other Disney Resort hotels, including Disney’s Vero Beach and Disney’s Aulani Resort, and from Disney Cruise Line too. A dated fridge magnet is a perfect way to keep track of the years you’ve been lucky enough to travel to Walt Disney World. Of course, you need a magnetic surface to display them though – a fridge is ideal as long as it has a metal finish. 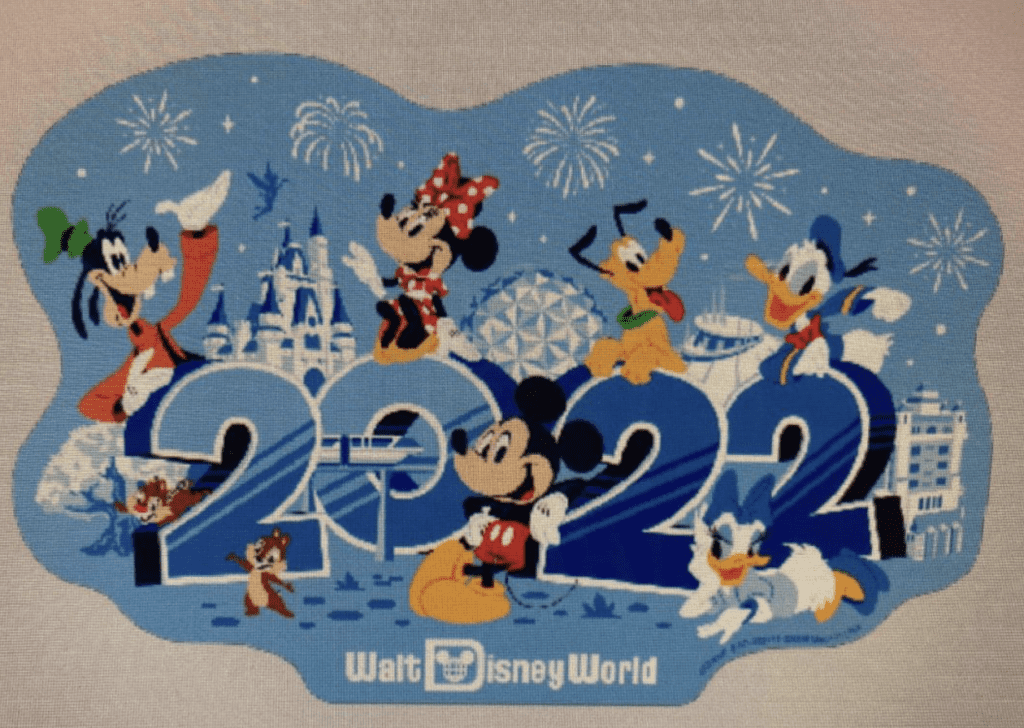 Disney Pins can range in cost, from reasonable to pretty pricey, especially if they are part of a limited collection. We like to see the more expensive pins as an investment though. Disney Pins are pretty versatile when it comes to displaying them: showcase them on a lanyard; or place in a photo frame or on a cork board around your home. We especially love to collect the dated pins from events in and around the Disney Parks, including: 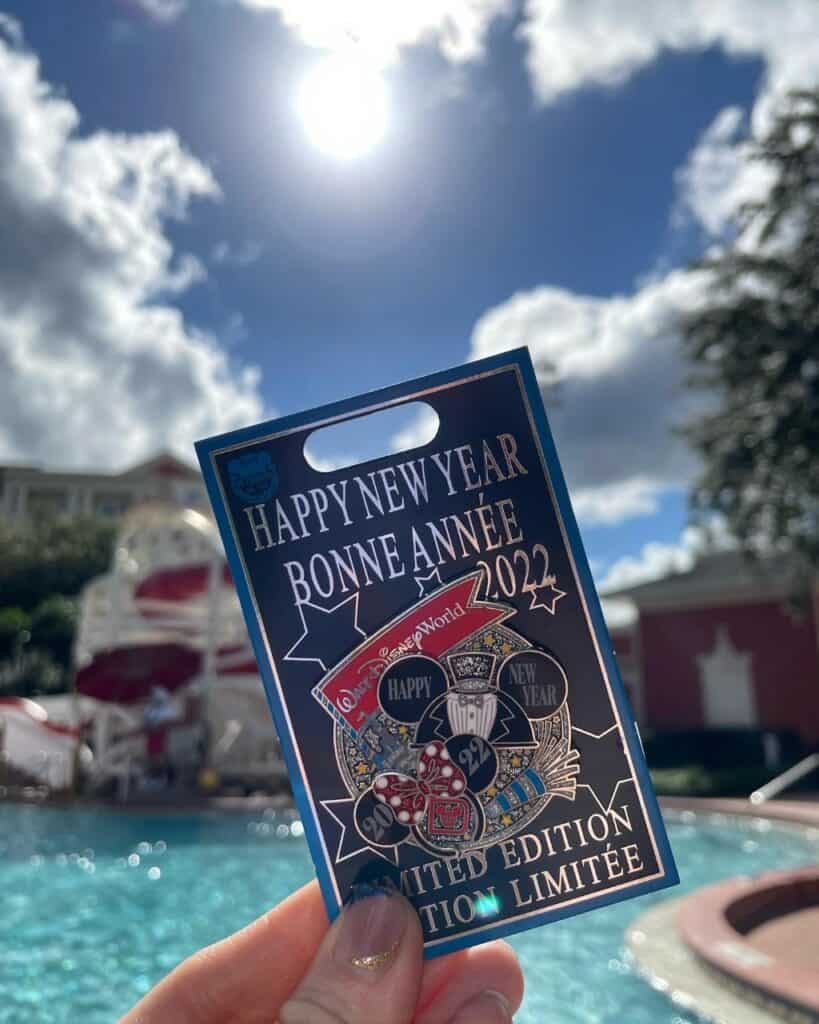 Disney photo frames help to add a little Disney magic to your home, especially when you have the perfect photo from your Disney vacation to display in a frame. They can take up a fair bit of space though when displayed on a shelf or bookcase. Disney frames don’t always come with a hook to allow them to be displayed on a wall either. So, unless there’s a frame that means a lot, we prefer to create photo books to look back through all of our Disney vacation memories. 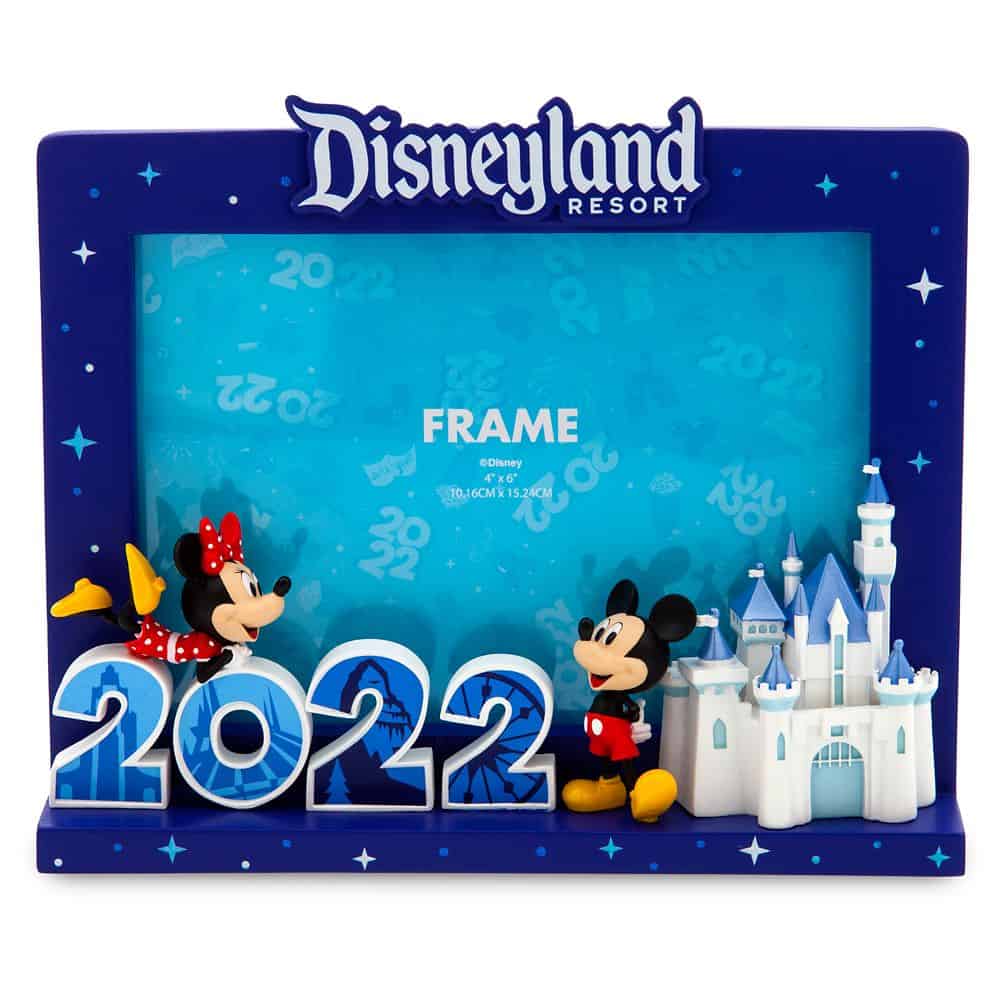 Yes, that 2015 Disney sweater looked great in 2015, when you had just bought it, as it was a little chilly one evening, but it’s now 2022, and you’re still wearing that same sweater. And for anyone who has bought Disney sweaters before, you’ll appreciate that their quality doesn’t last very long, and soon enough it’s looking a little ‘dated’ in more ways than one!

So next time you’re considering a piece of Disney apparel, think about whether you really need the one displaying a year and instead find another option with your favorite Disney character that will still look great in years to come.

There’s only one small exception to Disney apparel, and it’s a dated baby grow. What a cute way to commemorate the year a newborn baby was born with a little Disney magic! 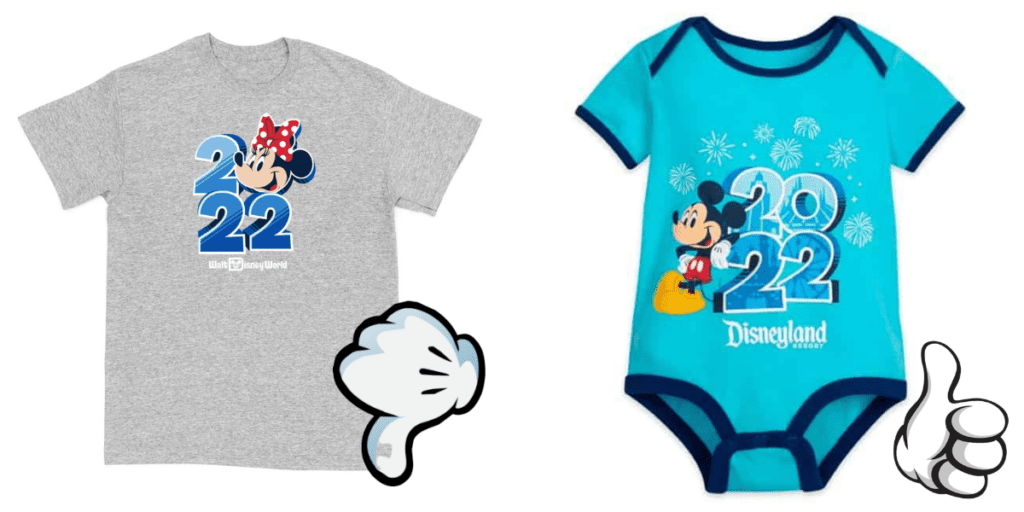 A phenomenon that has come about in the last couple of years, Disney collectible keys are a cute way to not only commemorate a year but also an anniversary of a Disney character or movie. We love how versatile they are: create a key display to add color to a wall in your home; add them to your Christmas ornament collection or even add the odd one to a memory board. There’s less chance for the Disney keys to break too when traveling home from your Disney vacation, compared to Christmas ornaments. 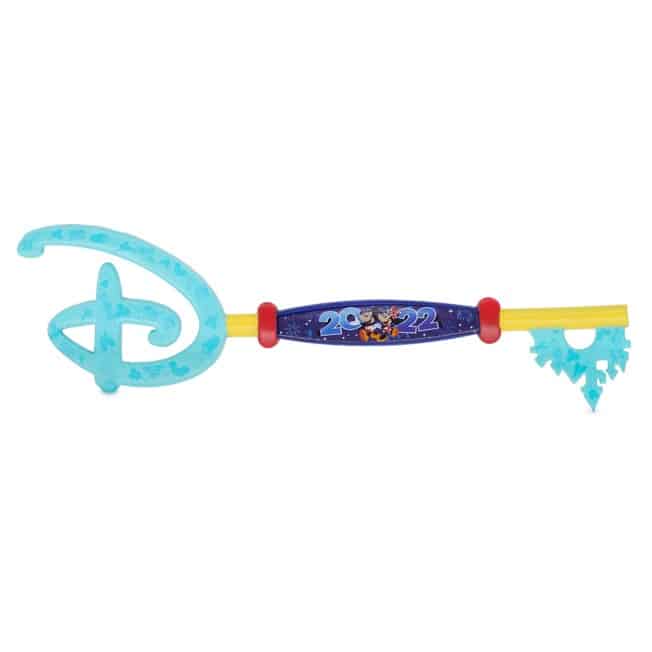 The Disney mug collection is only getting stronger. Whether you purchase mugs to enjoy the perfect brew, or just to add a little Disney touch to your kitchen, you are guaranteed to begin a collection that will only grow with time. With this in mind, we don’t feel there’s any need for the dated Disney mugs. Instead, we’d love for the Walt Disney Company to continue to release mugs that pay homage to Disney Park attractions, Resorts, and beloved characters. 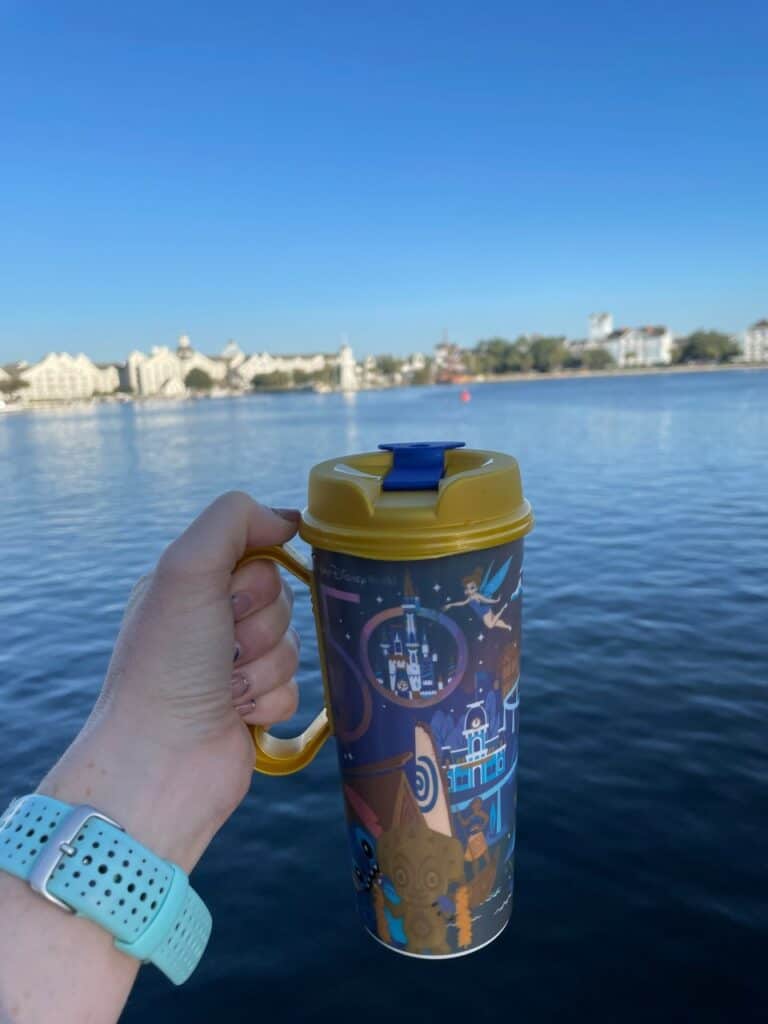 We’d argue that these are a little more acceptable than Disney-dated mugs, especially if you have your own bar at home. If we were to start this collection though, we’d aim to have shot glasses for consecutive years, without a year missing. Alternatively, why not get a shot glass that isn’t dated? You can display that all year round, for years to come without feeling that it’s a sad reminder of how long it’s been since you last visited Walt Disney World! 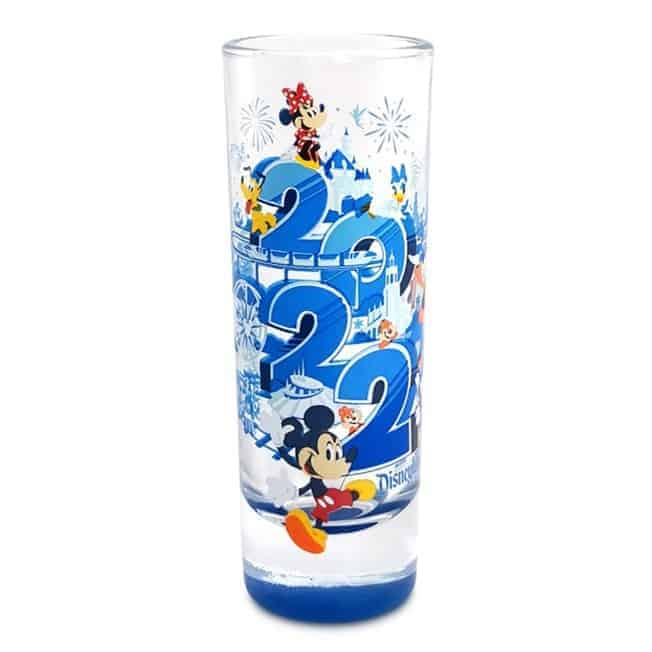 The Disney snow globe collection has noticeably decreased in size over the last few years. A fragile item that can be difficult to get home without breaking, not to mention having to select the perfect one before purchasing. Whilst we get that dated snow globes are a touristy thing to buy, are you really going to display that when you’re home? And is it worth the extra dollars, over a magnet that’s easier to display and transport? 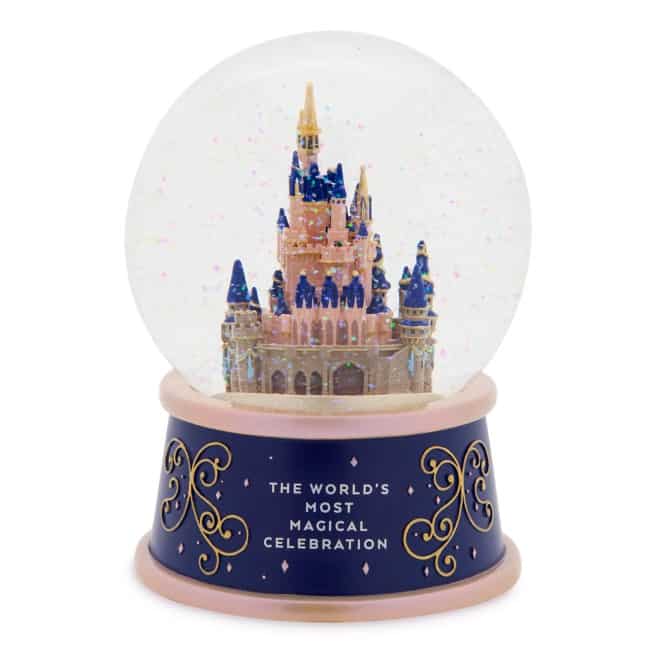 So there you have it; a little food-for-thought when buying merchandise during your next Disney vacation. Of course, you can make your own judgments about the merchandise available to purchase and choose the pieces that are right for you. Happy shopping!