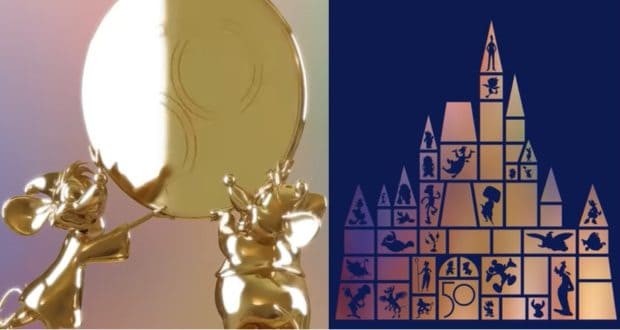 30 of the 50 Characters Revealed for “Disney Fab 50” Sculptures

The countdown continues as we are just 45 days away from Walt Disney World’s 50th Anniversary. Disney is preparing to throw the party of a lifetime with “The World’s Most Magical Celebration“ kicking off on October 1, 2021, and lasting for a full 18-months! Disney is preparing for non-stop excitement by offering two new nighttime spectaculars including “Disney Enchantment” at Magic Kingdom and “Harmonious” at EPCOT. Plus, Disney will have a new attraction (Remy’s Ratatouille Adventure) debuting, 50th Anniversary merchandise, and much more. As if all that isn’t enough, Disney’s Parks are going to be glowing with golden sculptures of favorite Disney characters! That’s right – “Disney Fab 50” sculptures will be arriving shortly at Walt Disney World. These fabulous sculptures will be spread throughout Walt Disney World’s four theme parks for all of us Disney fans to be on the lookout for. We’ve been counting down the 50 characters, with Disney revealing 30 of the 50 so far. The latest addition is a super sweet Cinderella duo!

As the Castle slots (shown in the image above) continue to fill in, Disney has announced #29 & #30 in the “Fab 50” character lineup! As shared via Disney Channel Instagram: “@AnnaCathcart just revealed that Gus and Jaq are part of the “Disney Fab 50 Character Collection” that you’ll soon be able to find across the four @WaltDisneyWorld theme parks during “The World’s Most Magical Celebration” starting October 1st! #DisneyWorld50”

Welcome to the list Gus and Jaq! You’ll be able to find this Cinderella duo at Magic Kingdom Park beginning October 1. Here’s the lineup of Disney characters included in the “Fab 50” sculptures thus far:

There you have it! We have officially reached 30 characters! With only 20 characters to go, which Disney characters are you hoping to see added to the “Disney Fab 50” lineup? We’ll keep sharing the news about which characters are included as Disney keeps the Fab 50 countdown rolling.