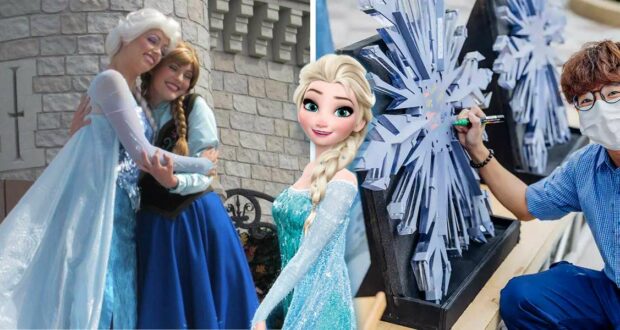 Disney recently paid homage to the Cast Members of its latest Disney Parks expansion project to celebrate a new construction milestone for an area inspired by Frozen (2013) and Frozen 2 (2019).

It’s no secret that around the world, Disney fans and Cast Members alike have caught a case of “Frozen Fever!” From the Frozen! Live at the Hyperion performances within the Disneyland Resort in California, to the all-new additions to Walt Disney World’s Blizzard Beach and sweet treats at Disney Springs, there’s plenty of frosty fun to be had. Although, that’s not the only theme park to receive a visit from Queens Anna and Elsa. In fact, Hong Kong Disneyland will debut a new Arendelle-themed area in late 2023 called “World of Frozen.”

This elaborately crafted land will transport Guests into the kingdom of Anna, Elsa, Olaf, Sven, Kristoff, and all their other friends for the first time in forever! Plus, last month, Hong Kong Disneyland shared a sneak peek of the construction, noting that soon they would add some of Elsa’s signature “icy ornamentation” to the Disney Park. 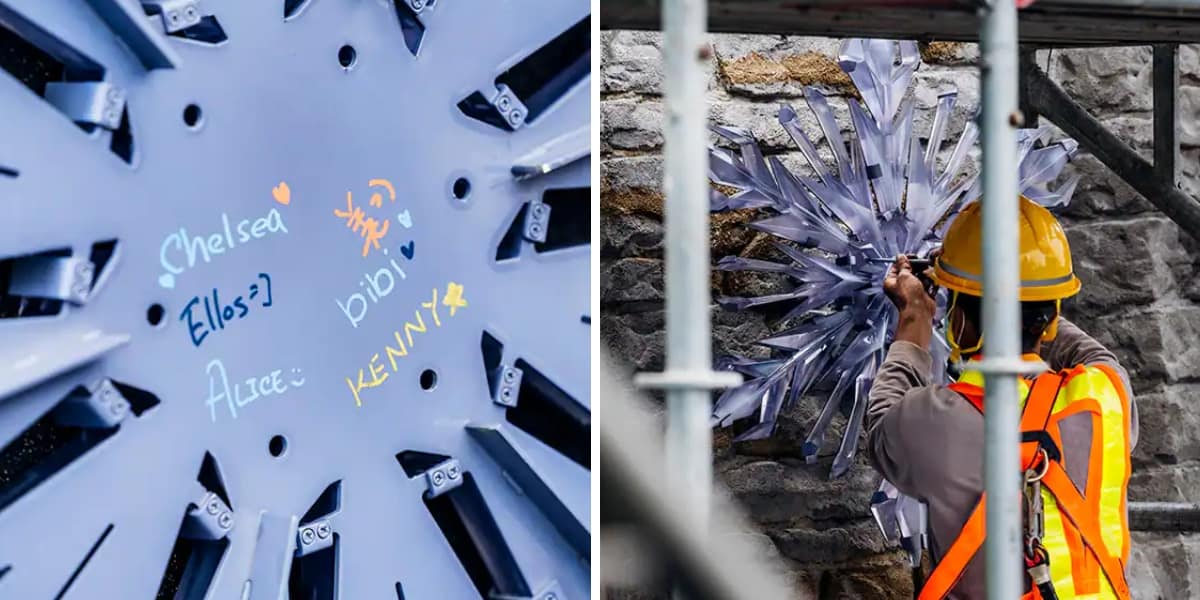 Now, that icy ornamentation is here, installed one early morning on November 22, 2022, by Walt Disney Imagineers. However, before placing snowflake ornamentations, some inspired by Elsa’s Ice Magic decorations in the movies, others completely unique to the Park, hundreds of Cast Members signed their names to each piece.

For example, Issac Lam, an Attraction Test and Adjust coordinator, said of the moment:

Our team was very excited to join this iconic moment. It is truly memorable and meaningful for us to be part of a milestone of Hong Kong Disneyland Resort! 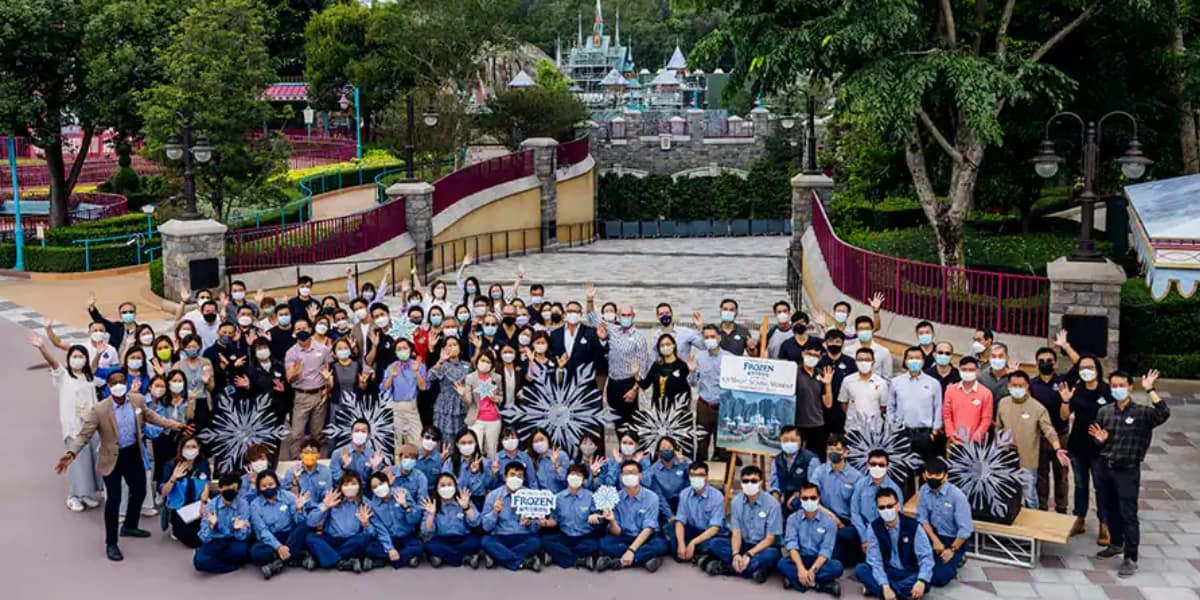 Moreover, his fellow Disney Cast Member, Fanchi Chan, added  “I feel like I have grown up with this place… standing here having my name signed on the Ice Magic.” Chan has worked in Operations at the Hong Kong Disney Park since 2016, and just transferred to Test and Adjust for World of Frozen in June.

Of course, the Hong Kong Disneyland Resort managing director Michael Moriarty attended this “Ice Magic Signing Moment,” the first Cast engagement event for World of Frozen, along with the Test and Adjust crew, the Project team, and its leaders. After signing each piece of Ice Magic, Imagineers permanently affixed each one to the iconic Arendelle Castle, cementing each Cast Member’s contributions to making this new land a reality.

It may be cold outside, but this sweet act has left us feeling all warm and cozy inside, just like one of Olaf’s warm hugs! Guests wishing to visit World of Frozen when they “open up the gates” can follow DisneyTips for updates, and find more information here.

2022-12-08
Spencer Beck
Previous: As Disney+ Rolls Out Premium Subscriptions, Some Users Have No Choice But to Splurge On the Ad-Free Option
Next: The Magic Kingdom Entertainment You Can Only See for Free During Christmas