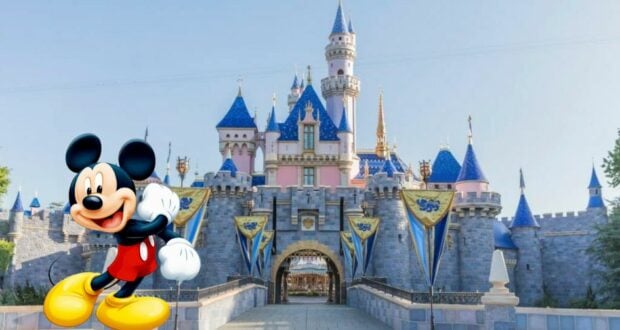 The 2022 D23 Expo is underway, and news is dropping around every magical corner! Disney is diving into Parks and Resorts around the globe, which leads us to the latest news for Disneyland Resort!

Not only is the Disneyland Park getting a new nighttime spectacular called “Wonderous Journey,” but they are also preparing for the return of a fan-favorite parade.

Unfortunately, the D23 Expo did not bring any news of a possible return of Disneyland’s popular Main Street Electrical Parade which returned for a short period of time to celebrate its 50th Anniversary but has once again been removed from the Disney Park.

That said… we are excited to hear that Disneyland is returning “Magic Happens”! The announcement from Disney is as follows:

“In the spring, the long-awaited return of the “Magic Happens” parade will debut at Disneyland park. We look forward to sharing many more details about how Disneyland Resort will celebrate the company’s 100th anniversary in the weeks and months to come.”

The parade has been listed as “temporarily unavailable,” leaving fans to wonder if it will ever return. We’re thrilled to hear it is coming back!

Disney describes the parade as an opportunity to “Become a Believer”:

With a wave of his wand, Mickey Mouse leads a cavalcade of fabulous floats, whimsically costumed performers and popular Disney pals like Anna, Elsa and Olaf around the park and into your hearts—all while moving to a high-energy musical score that puts a contemporary spin on classic Disney hits. In addition, a brand-new song co-composed by singer-songwriter Todrick Hall helps bring some of your favorite Disney tales to life like never before.

The parade features several distinct “stories,” with a delightful mix of characters. Watch Moana ride the crest of a beautiful wave in her voyager canoe, followed by Coco’s guitar-strumming Miguel, who’s joined by his dog Danté and other fantastical spirit animals.

Behold the enchanted forest from Frozen 2, as Anna, Elsa, Olaf, Kristoff and Sven pass by. Then prepare for the grandest finale of all as the parade commemorates memorable story moments from Sleeping Beauty and other Disney classics. It’s an incredible procession not to be missed!

The parade is an incredible experience, not to be missed as it travels down the nostalgic Main Street, U.SA. with a colorful Mickey Mouse with a wand in hand!

Disney has yet to reveal a return date outside of “spring.” We’ll be sure to share further details as they are shared in the coming months leading up to Spring 2023.